ABC and CBS kept their Sunday momentum going, each earning wins in the demo and audience, respectively.

Per fast affiliates, American Idol was the night’s highest-rated program while 60 Minutes delivered the most viewers of the night. Idol earned a 0.8 rating in the 18-49 demo while 60 Minutes brought in 7.14 million viewers. This isn’t too surprising as the two programs have consistently won in their respective measures in the recent weeks. They also each marked their networks’ best titles of the evening.

Monday primetime look pretty regular, save for Shark Tank on ABC at 9 p.m. The Endgame comes to a close on NBC at 10 p.m. 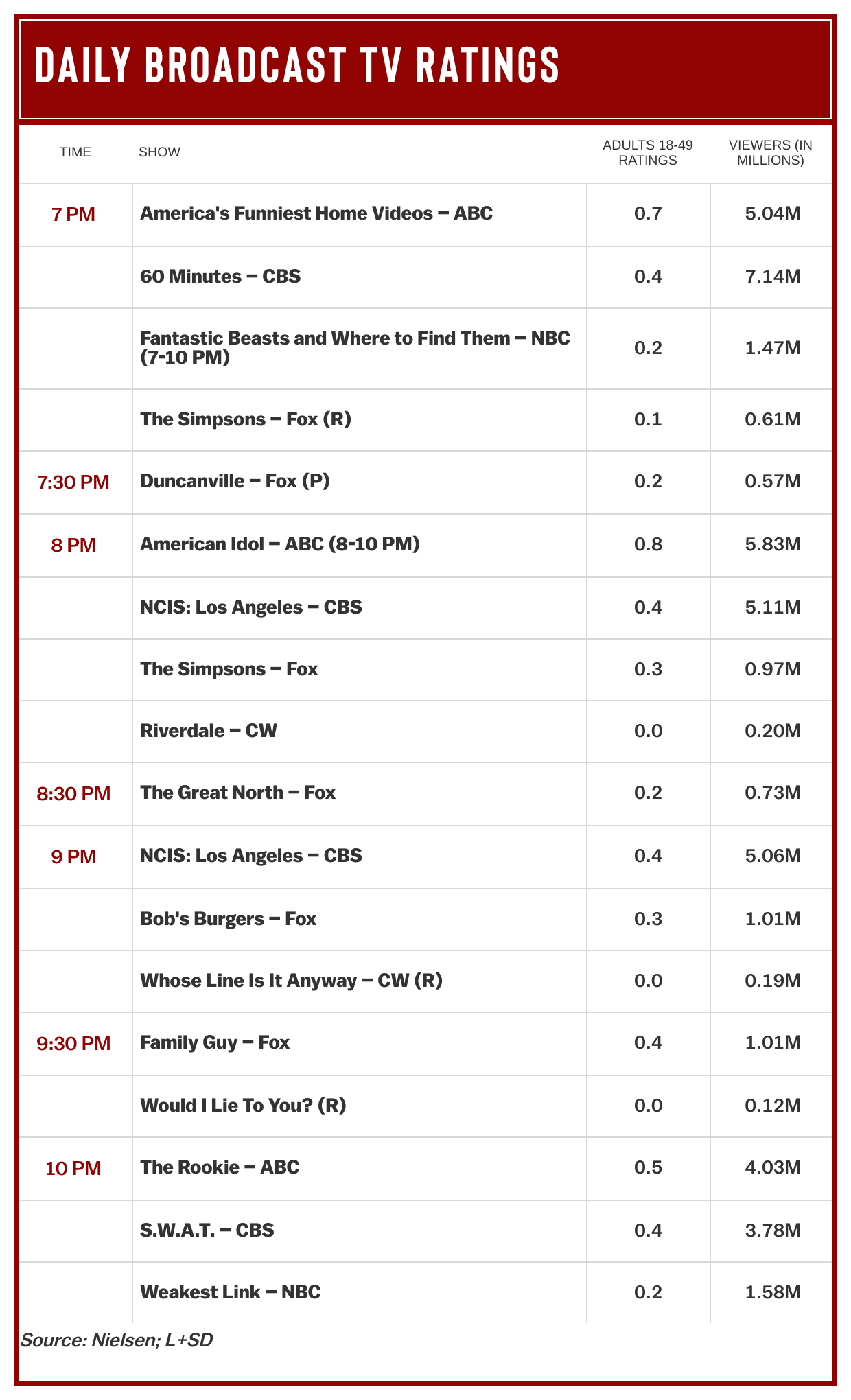