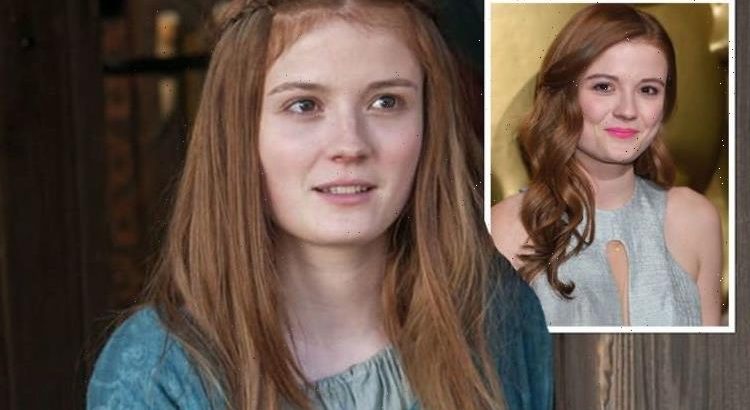 Amy Wren appeared in the first season of The Last Kingdom as Uhtred’s (played by Alexander Dreymon) wife Mildrith. The devout Christian bore Uhtred a son, but the child died whilst Uhtred was away fighting. Mildrith was a memorable character and Express.co.uk has all you need to know about where actress Wren is now.

Where is Amy Wren from The Last Kingdom now?

Mildrith is a character in both The Saxon Stories and the TV adaptation, The Last Kingdom on Netflix.

She was arranged to be married to Uhtred in return for money, and Mildrith was less than happy with the arrangement.

They were polar opposites, but they were eventually able to get along and appreciate each other’s differences.

Later in the first season, Mildrith fell pregnant and gave birth to a baby boy in Winchester.

However, she left Uhtred once she realised he had formed a new relationship with Iseult (Charlie Murphy).

The actress, who is now 31, left the series in 2014 after starring in four episodes.

She went on to star in a number of miniseries, including Tutankhamun and Little Women.

Her most recent role was as Gemma Hillman in the 2021 series Viewpoint, which aired on ITV.

Before her role in The Last Kingdom, she appeared as Bethany in Silk and Heidi in Summer in Transylvania.

The actress had been spotted by Disney UK when she was 16 and she appeared in the Disney comedy show, Life Bites.

The star is on social media and describes herself in her Twitter profile as a “cat mum and actor”.

Back in April 2021 she shared her support for the women who spoke up alleging Viewpoint’s lead, Noel Clarke, had harassed and victimised them – claims he denied.

Once the series was taken off air, she Tweeted: “I agree with this coming off air, as much as it’s also incredibly sad for all of us who made it, it is 100% the right decision after last night’s news.

“To all those women who spoke their truth, you are so incredibly brave. That takes real strength. This has to stop.”

The series was pulled ahead of the final episode, which was later uploaded to the ITV Hub.

The actress may not have appeared in The Last Kingdom for long, but she became one of the standout characters.

She was generous and committed to those from her world, but she was ashamed of the debt her family owed to the church.

Taking to Reddit, one fan said: “Mildrith became more pious as time went by and decided to devote her life to God.

“She chose to go into a nunnery and lived the rest of her life there. We can see the gradual change in her, as Hild noted, in her reaction to Uhtred being made to grovel.

“She 100% believed he deserved it and even told him that he had an ‘evil’ inside of him that needed to be exorcised.”

DragonLady1983 added: “I sometimes wonder how things could have turned out if she had been able to maintain her chill a bit better and stop expecting Uhtred to be (or even understand) her religion.

“I don’t feel sorry for her…because she makes the conscious choice to be ridiculous towards him…but I do feel she is written quite well and pretty realistically.”

The Last Kingdom seasons 1-4 are on Netflix now.