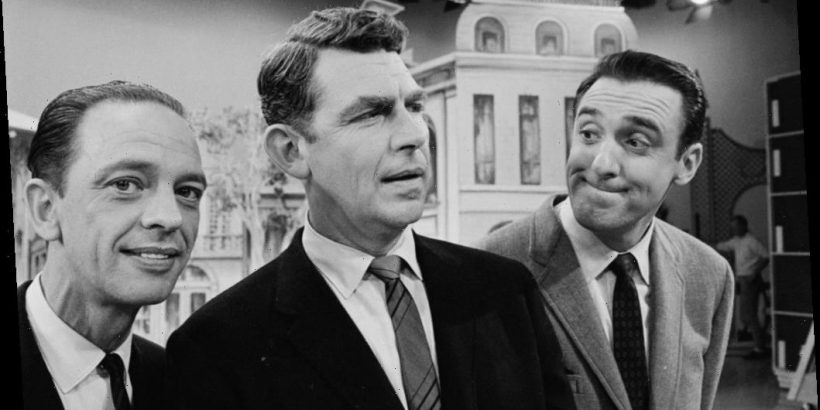 It seems writing scripts for The Andy Griffith Show wasn’t as easy as whistling on over to the local fishing hole.

The creator of Happy Days and director of Pretty Woman and The Princess Diaries film series took a shot at writing for the Griffith Show but according to the show’s star himself, it just wasn’t up to snuff.

Griffith’s dedication to his self-titled television series was deep and fierce. As the show’s producer Aaron Ruben explained, the Sheriff Andy Taylor actor would not get up from the writers’ table until he could approve what he was seeing and hearing.

“Aaron Ruben, a perfectionist himself, recalls that Griffith would not leave the table until he was completely satisfied with the script,” Richard Kelly reported in his 1981 book The Andy Griffith Show, which is considered one of the most definitive studies of the classic TV comedy.

“[Griffith’s] involvement in the show was both deep and broad, and a large measure of its quality can be attributed to his good theatrical judgment and his insistence that the scripts reflect true human values,” he wrote.

According to Don Knotts, Griffith was in charge of every last detail on the program.

“Andy was captain of the ship,” the Barney Fife actor told Kelly. “He really was. And he enjoyed not only being in it, he enjoyed being in charge of it. He was in on everything. We were all involved, but he was more involved in every capacity.”

Another Andy Griffith Show actor, Jack Dodson, who portrayed Howard Sprague on the show added: “Andy ran the ship. His devotion was first to the pages and/or the characters, and secondly, to his performance. He would ask if the script was funny, how good the story was, and how believable it was.”

Marshall’s script that was rejected

Marshall, who died in 2016, was known mostly for his work as a director and producer, but firstly he began as a television writer, working in the early part of his career as a writer for The Tonight Show, The Danny Thomas Show, and The Dick Van Dyke Show.

The industry legend also tried his hand at writing for the hit comedy set in the fictional Mayberry, North Carolina.

The future Matlock star felt that Marshall missed the nuances between the sheriff and his deputy, in particular their respect and affection for one another.

“The characters were very fond of each other,” he continued. “Whenever there was any little joke between them, it was always based on that fondness – that was always in the background. And Andy was always very protective of Barney.”