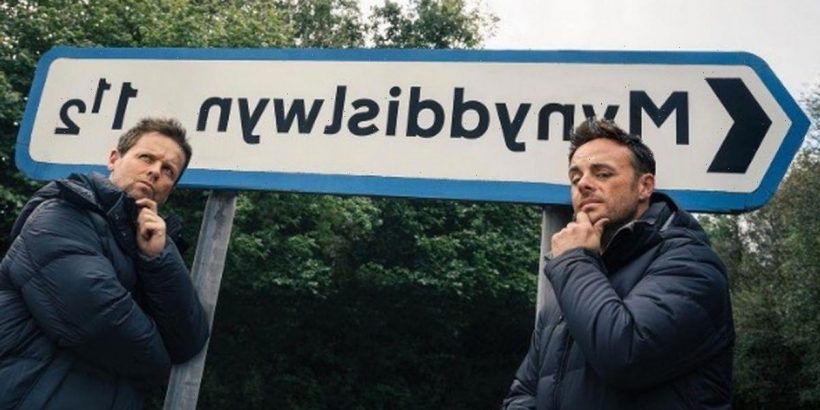 Ant McPartlin and Declan Donnelly have teased fans about the upcoming series of I’m A Celebrity…Get Me Out Of Here! as they shared a snap of themselves back in Wales and posed beside a Welsh road sign saying ‘Mynyddislwyn’.

They teased the fans about the upcoming series saying they were filming for the ITV show.

They captioned the photo to their 4.3million Instagram followers, and said: “Guess where we’ve just popped to for a little bit of filming.”

They also hashtagged #IAC2021 alongside the caption.

This sent fans into overdrive about the popular ITV shows return, one said: “Almost that time of year again.”

Another commented: “When I’m A Celeb begins its officially Christmas.”

A third said: “Welcome back to Wales guys!”

A fourth added: “Ooooooo how exciting. I can’t wait for I’m A Celeb, loved the castle last year,” while another said: “Yasssssss!!!!! Christmas is coming.”

Gwrych Castle in Wales will be home to the I’m A Celeb contestants for the second year running as ITV bosses had to cancel plans for a return back to the Australian jungle due to the ongoing Coronavirus pandemic.

An insider told The Sun at the time: “It is with a heavy heart that I’m A Celebrity won’t be going back to Australia as hoped.

“Everyone working on the show was confident it would pan out but as time has gone on they have been forced to make some tough decisions.”

This is despite the government giving ITV the go-ahead for this year’s series in March.

The insider added: “However the cons started to outweigh the pros and after a crisis meeting this morning they decided they had to revert back.”

Last year’s winner was podcaster and author Giovanna Fletcher who was crowned Queen of the Jungle.

Radio 1 DJ Jordan North and radio and TV presenter Vernon Kay were runners up on the ITV show.