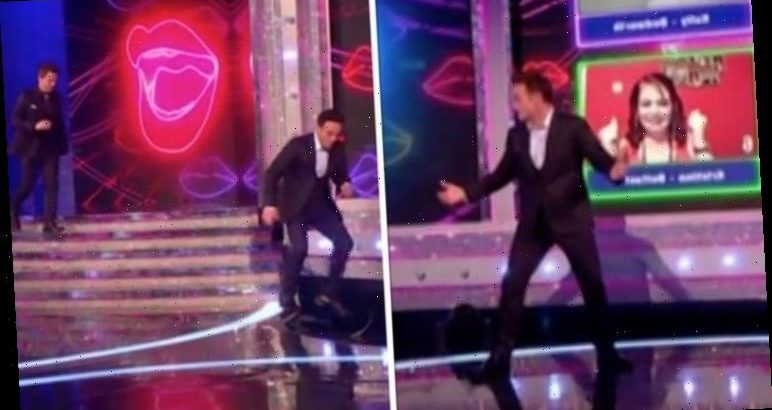 Saturday Night Takeaway: Ant and Dec chase after a ball

Even with a virtual audience Ant and Dec’s Saturday Night Takeaway has managed to engage its audience with their games and shenanigans while they sit in the comfort of their own sofas. One of the games they have been playing this season, Read My Lips, involves the celebrity presenter – Romesh Ranganathan today – putting on some headphones and trying to make out what people at home are mouthing.

To add some more fun to the whole affair, the show has come up with an inventive way to select whose turn it is to try their chance at the game.

One of the show’s dancers shoots a tennis ball from a cannon and the number on the ball determines whose go it is.

That is if either of the presenters manages to catch the ball first.

During the first round, Ant had to jump to catch the ball so that it didn’t smash the screens. 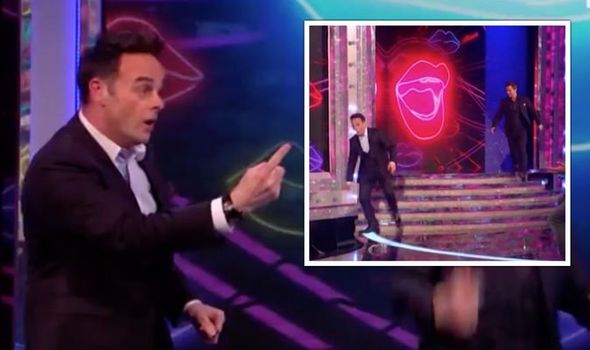 But since Romesh was doing so well at the game and was getting really excited whenever he made a contestant win, Ant and Dec decided to squeeze in one last player at the end.

The ball was shot but was nowhere to be found.

The show then erupted in panic as the clock was ticking and no-one could find the ball.

“Have you got it already?” asked Ant. “Where has the ball gone?”

Both presenters then started running around and away from the camera even to try and find it and give one last player the chance to play and win.

“I heard it ping. We probably haven’t got enough time,” added Ant as he started worrying.

Romesh also stood up and tried to help, but because of social distancing he wasn’t able to move much.

Finally someone behind the camera managed to find it.

The crew member threw the ball over just in time to give a member of the virtual audience the chance to win.

It was lucky for them that Ant and Dec put so much effort into finding their ball since Romesh managed to have them win a holiday.