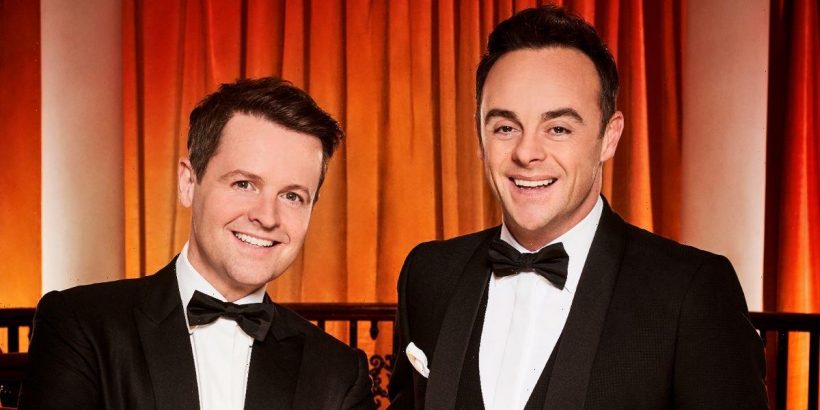 Britain’s Got Talent burst onto our screens as the UK’s top talent show programme in 2006 and presenters Ant McPartlin and Declan Donnelly have hosted the show ever since its first episode.

The dynamic duo are well known for their quick quips and cutting one liners, but also for their supportive remarks and shoulders to cry on when things don’t quite go the way contestants wish it did.

No matter how the judging panel has changed over the years, the pair have remained a vital part of the show’s lineup since season one and the ITV classic wouldn’t be the same without them.

However, despite their comforting attitude and cheeky attitudes, they don’t always get off on the right foot with every celebrity they encounter.

Keep reading to take a look at Ant and Dec’s biggest celebrity feuds over the years.

The pair have had a long running feud with controversial journalist Piers Morgan for many years, who had a lot to say when they won their 20th consecutive Best Presenter award at the 2021 National Television Awards.

He slammed the duo and said: “I deserve to win because everyone is sick and tired of Ant and Dec automatically winning this award, which bears no relation to reality. They’ve done nothing special in the last year, even they would admit that.”

Piers called them “little vain-glorious Geordies” and criticised Ant’s win when he “hadn’t even worked,” which he called “ridiculous”.

Their feud was most recently reignited by the pair’s BAFTA win, for which they were awarded Best Entertainment for their show Saturday Night Takeaway and left Piers Morgan fuming once more.

They joked that they were “doing something right” when they found out that the 57-year-old wasn’t happy with their achievement and Ant said that it was “great” that he was annoyed.

Many fans have been convinced that Ant and former I’m A Celebrity…Get Me Out Of Here! contestant Joe Swash have had beef for some time after they exchanged the occasional frosty comments, but according to the pair this simply isn’t the case.

On the show’s spin-off series Extra Camp back in 2017, the presenters sat down with Swash and Dec brought up the awkward subject for some clarification.

Ant then joked that he was “sexually attracted” to the former EastEnders actor and stood up to hug his pal.

However, as Joe went in for a kiss, the pair began to act out a mock argument as Ant told him he had gone “too far” and “ruined the moment” before he pushed him back on the couch.

Joe then shouted for Ant to “just kiss him” because he had “embarrassed him in front of the nation,” but the whole charade seemed in good spirits.

Mysterious Girl singer Peter Andre used to live below the boys and has spoken about how the troublemakers used to communicate with him.

Andre claimed that they were “in competition with each other” and he used to throw parties at his West London flat which made them “bang on the ceiling”.

He said: “My apartment was right about PJ and Duncan’s. They used to bang their brooms on the ceiling late at night because I had parties all the time. This was before they were Ant and Dec, before they were TV gods, and had just done Let’s Get Ready To Rhumble.”

Peter said that “life has changed” as “years later” he watched the duo head to an after party while he “went back home because he was over it”.

Kelly had previously blamed Ant and Dec for affecting her career after they made comments about her short lived judging gig on Britain’s Got Talent.

After her six day run on the show, the pair said she was “wrong from the start” which made Kelly think they were being two-faced.

However, McPartlin and Donnelly were spotted at cocktail bar Steam and Rye, which Kelly opened with business partner Nick House.

The I’m A Celeb presenters had a festive night out in the 1940s themed venue and tweeted during their event.

They posted a picture of a chocolate pudding they had ordered and said that it was “beginning to taste a lot like Christmas,” so presumably altercations had been addressed.

Britain's Got Talent Final airs tonight on ITV at 8pm