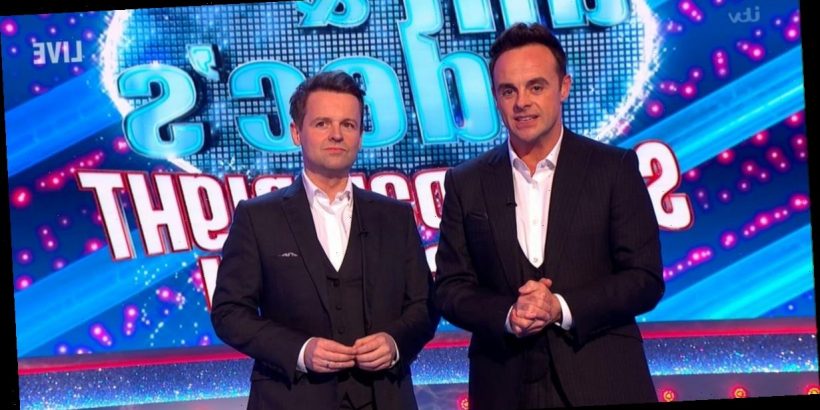 Undercover and I’m A Celebrity…Get Out Of Me Ear will have viewers in stitches as the show makes its return.

ITV promises bundles of live surprises and outrageous stunts along with all of the Saturday Night Takeaway favourites.

Ahead of the show's weekend return, a clip has been released – and football pundit Jamie couldn't hold it together.

The dad and son were seen discussing the opening of a new restaurant.

In walks Tom, who they are interviewing about coming on board.

Sitting on a sofa as the interviewee drops by, legendary football manager Harry starts talking to him about joining their venture.

They ask Thomas what he is currently doing for work.

He replies "I'm a transport manager for a recycling firm at the moment."

Harry, who has done a number of big footy deal curing his career, then stops him.

Prompted by Ant and Dec, who are in another room, he starts talking figures.

"So there will be a transfer fee involved if we wanted to get you from the company you are at now?" Harry asks.

Jamie, taking a sip of his coffee, almost spits it out.

Jamie takes his dad to task, saying: 'If we are going to do this business, that's not how it works. You don't buy and sell people."

Harry, though, doesn't give up.

"So we're getting you on a free then are we?" he chucks in.

"If we did have to pay a fee, what we talking? One million, two million?"

It's at that point Harry bursts into laughter himself.