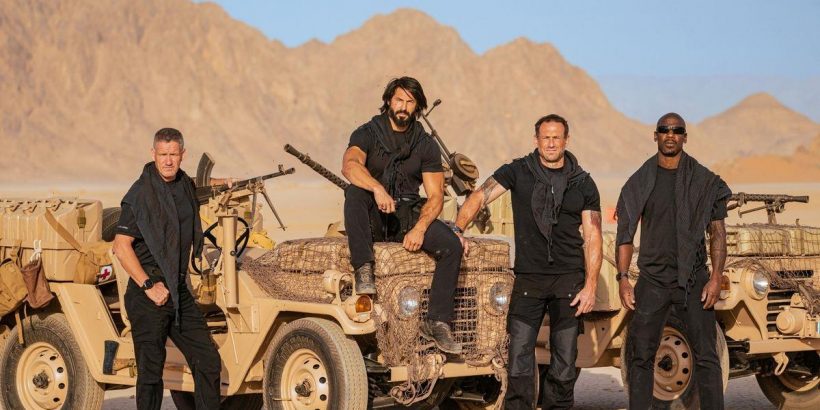 Channel 4’s SAS: Who Dares Wins made a welcome comeback this weekend for the 2022 series and brought with it a whole new selection of contestants.

But they weren’t the only new faces on the show, with a fresh chief instructor also making his debut.

The new instructor has been bought in to replace Ant Middleton for season seven, who had been on the show since 2015.

The first episode of the new series aired on Sunday, April 10 and will air on Channel 4 at 9pm and every Sunday for six weeks. It is also available to catch on on All 4.

Who is the new SAS: Who Dares Wins instructor Rudy Reyes?

He joined the Marine Corps in 1998, going on to serve in Iraq and Afghanistan.

Reyes already has his fair share of experience in front of the screen. He’s portrayed himself on Generation Kill and has appeared in a BBC documentary called Once Upon a Time in Iraq.

During his time serving, he spent time on the USS Dubuque where is said to have led personal training sessions.

He left the military in 2005, becoming a gym instructor.

In the past, he has teamed up with Angela Smith to co-author Hero Living: Seven Strides to Awaken Your Infinite Power

He will be joined by US Navy Seal Remi Adeleke, who is part of the directing staff.

It’s not all change though. Jason Fox and Mark Billingham will be returning to the show

Why isn't Ant Middleton on SAS: Who Dares Wins?

Ant Middleton was dropped from Who Dares Wins last year due to "personal conduct" after controversial comments were made in relation to the coronavirus pandemic and Black Lives Matter.

Taking to Twitter to discuss his exit from the show he wrote: “After 5 incredible years I’ve decided it’s time to move on from SAS Who Dares Wins UK. Big respect to my fellow DS – it’s been a journey I’ll never forget. Thanks to everyone that took part and made the show what it is. Really excited about the future and what’s coming this year."