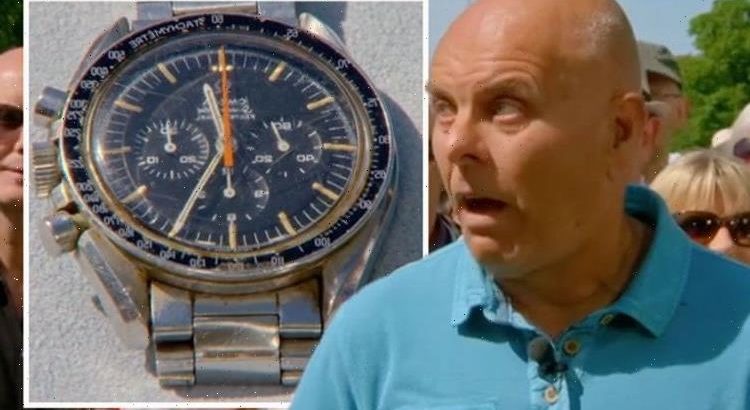 Antiques Roadshow ventured to Salisbury Cathedral for the episode in question, which first aired on BBC One almost two years ago. Richard Price was the expert on hand to talk to a gentleman about how he managed to get his hands on the rare edition of an Omega watch. As he learned the truth behind the purchase, the clock enthusiast left everyone speechless when he explained just how much it would sell for at auction.

Beginning the discussion, Richard said: “So, an Omega Speedmaster professional which we tend to call the moon watch.

“For the simple reason the two boys, [Neil] Armstrong and [Buzz] Aldrin wore on the moon in July 1969. It was the first watch on the moon. When did you get this one?”

The guest explained he bought the watch in 1968, with the expert replying: “So what the collectors call pre-moon which is fantastic.”

Looking at a photo of the gentleman when he was younger, Richard asked: “What were you doing at that stage of your life?”

“I was in the Navy for about a year and a half and I was just coming up to my 21st birthday and my parents said, ‘What would you like for your 21st birthday?’,” the guest began to share. 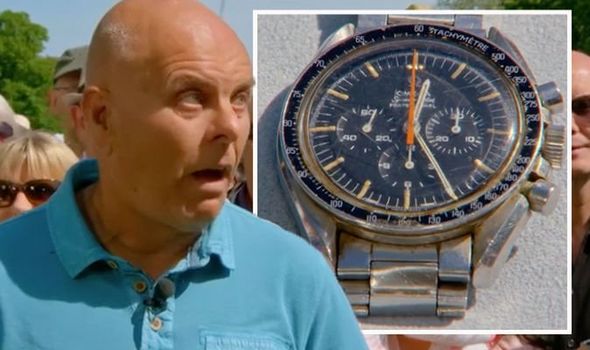 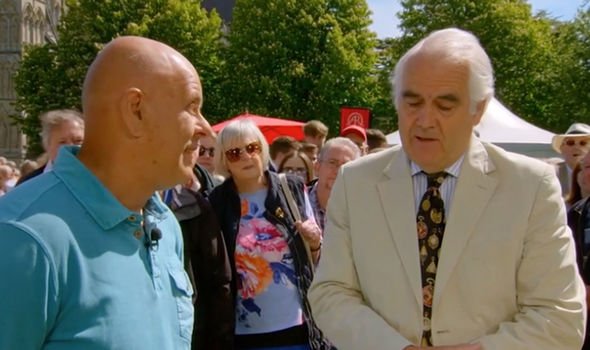 “I said, ‘A really nice watch’. The chap I was talking to in the ship’s shop said, ‘If you want an Omega, when we get to Hong Kong, I’ll be able to take you to the wholesaler’,” the guest continued.

“This is great when you said Hong Kong for the Far East. Was this the ship you were on?” the expert continued as he noticed a postcard with a vessel on the front of it.

The guest confirmed this was the ship he worked on and Richard asked why the postcard was so significant to the watch.

“That was a postcard I sent to my parents from Cape Town and [it reads], ‘I’ve seen a watch that might cost about £45’,” the gentleman said. 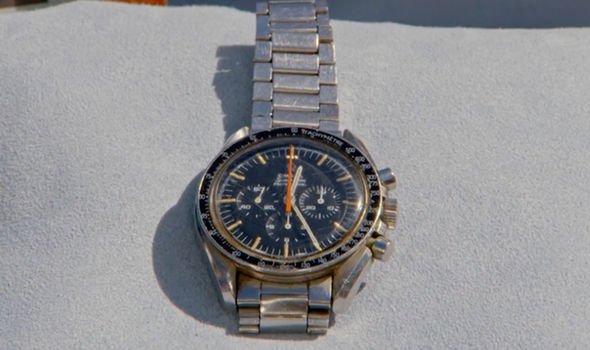 “Well, what a great thing and that’s 1968 so doesn’t that all fit in absolutely beautifully with the whole thing,” Richard replied.

“You got to Hong Kong, you purchased this watch just thinking it was an Omega Speedmaster,” the expert continued.

The guest showed Richard the original receipt he was given by the wholesaler when he purchased the rare watch decades before.

“So, you paid the duty and this is the proof this watch has always been yours used by you. Now, it is in slightly scruffy condition,” the expert noticed.

“How long did you use it for?” he asked, with the guest replying: “I used it daily constantly up until about 1983. I was sailing dinghies quite a lot so it got a bit of abuse.” 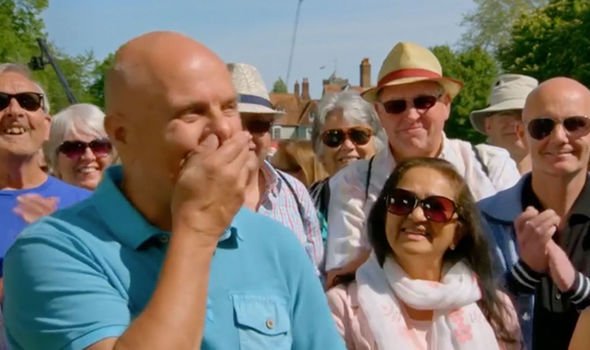 “So you never actually had it reconditioned if you like?” Richard asked as the guest told him he hadn’t done so.

“That’s the joy of it,” the expert added before going on to discuss why the watch was so rare and how this could increase the value.

“Now, let me tell you right from the word go this red seconds hand is an exceptionally rare thing to find on a speed master and it is the model we refer to as the Ultraman.

“It was made in 1968, only for a few months and most of them went out to the Far East. It was £45 you told me [when you bought it] and what were you earning?” the expert asked.

After the guest revealed his salary, Richard replied: “£10 a week so about a month’s salary. How do you think it’s performed today?”

“It’s probably done pretty well but I’m not sure,” the gentleman remarked but he wasn’t ready for the shock the expert was about to give him.

The crowd gasped in excitement as the man was seen putting his mouth to his hand over the five-figure valuation.

“I trust that’s more than a moth’s salary before you now?” Richard joked, with the guest stating it was more than his pension.

“It’s been an absolute delight. I’m going to hold it because I will never, I’m sure in my lifetime, hold another one. It’s that rare,” the clock enthusiast remarked as the segment came to a close.

Antiques Roadshow airs tonight at 7pm on BBC One.