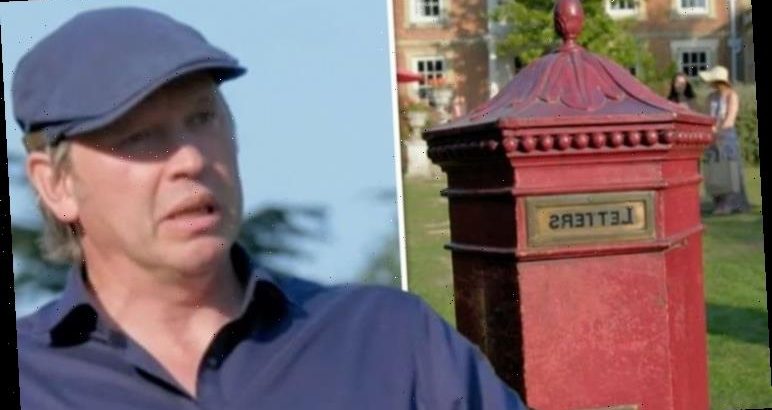 Antiques Roadshow expert John Foster was tasked with evaluating an intriguing looking postbox when the BBC show travelled to Forty Hall, Enfield. The owner revealed she remembered her parents purchasing the item when she was younger but was left speechless when John revealed the postbox’s true worthwhile warning the guest the item had endured a lot of damage.

John began: “It’s almost like you’ve gone into the house, picked up your favourite object and plunked it in the lawn. What’s going on with it?

“It’s from my parents they were collectors and they’d go to auctions and they found it and loved it and brought it home so I’ve lived with it since I was very small,” the owner replied.

“What is it you like about?” John asked and the guest said: “It’s just a quirky thing that you don’t see in people’s houses.”

“When you say you don’t see it in people’s houses it would be in houses like this,” John said pointing to Forty Hall. 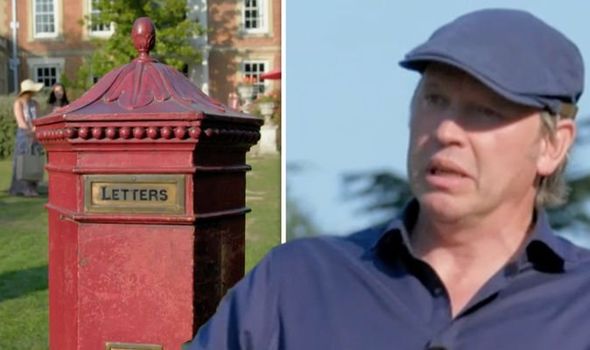 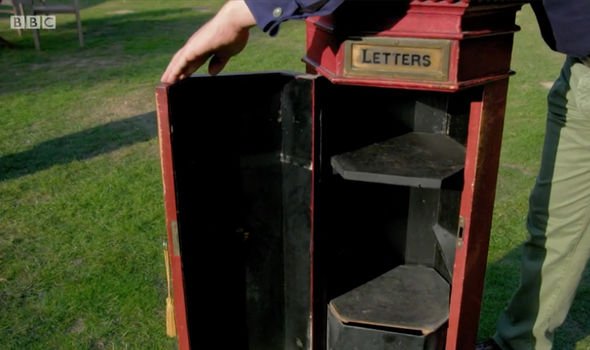 “You had the big country house and this would have stood near the door at its height.

“Not only would they be writing 10, 20 letters a day it was the only way really of communicating.

“So really this shape of postbox or pillar box started in the 1850s,” John continued. 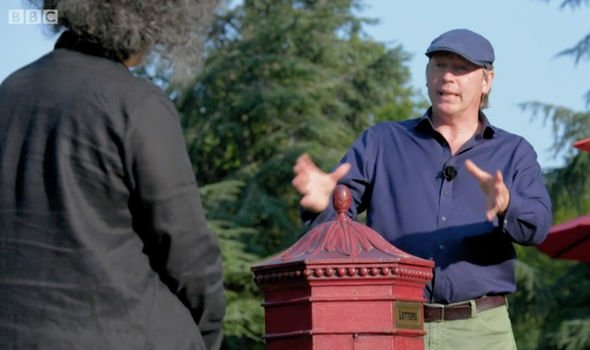 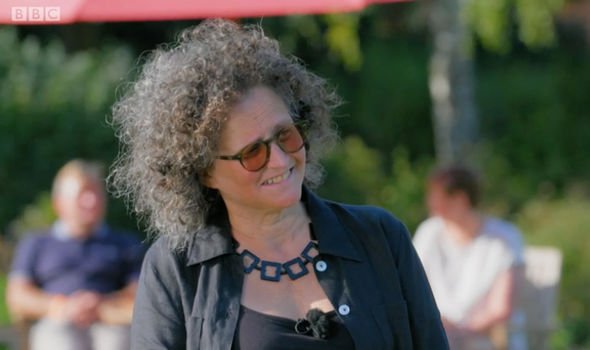 “It would be a pine carcass and in this deep red Moroccan leather, oriental looking shape but they were in green and then in the 1870s, they turned to red.

“And this design is called the Penfold design and this dates it to the last quarter of the 19th century. What’s happened to it?”

“It’s just been part of the family,” the guest replied. “It’s survived my older brothers and me playing hide and seek in it.

“Generations of grandchildren who’ve played around it. It was never treated with respect; it was just a part of our general day to day lives.”

“The condition really does let it down, there are chunks missing, it’s heavily worn,” John revealed.

“Is it you that’s responsible for making it into a drinks cabinet?”

“No it wasn’t me,” she confirmed. “It may have been my parents.

“I can just remember my dad turning the key and putting it in his pocket so me and my brother didn’t pilfer the drink.”

“That’s what’s going to hurt its value. It needs a lot of restoration work,” John warned. “At auction something like this £10,000.”

“I was just really interested to find out what it was, where it was used,” she added.

“It was amazing to see it in front of the house because it looks so at home.”

Antiques Roadshow continues on BBC One on Sunday at 8pm.