Here are nine things we learned from week three: Perfect task for this show

The industrial kitchen cookery task is always a winner, with the BBC’s costume department making the candidates look even more stupid than usual with those daft hair nets (yeah, of COURSE they’re for food hygiene reasons) and unnecessary chefs’ white hats.

But this one excelled, as we had doughnuts making doughnuts.

Let’s face it — it is practically cannibalism for this lot. The team names don’t get any better

14 years this series has been running, and yet still nobody can come up with a decent team name.

Even less excuses this time around, as Lord Sugar gave them an extra couple of weeks, waiting until mixing up the sexes, before the moment finally came.

A real shame, then, that Sian was on the ball enough to point out Kayode’s suggestion, Impetus, sounded too much like Impotence. Spoilsport. Instead, for the next nine weeks, it’s Team Collaborative (yawn) versus Team Typhoon, so called, presumably, because they leave chaos and destruction wherever they land.

Project manager Camilla proudly declared: “I said I wanted an artisan doughnut and we’ve nailed that, to be honest.”

Nailed it to a dead squirrel, then reversed over it in a Ford Escort, by the look of it. 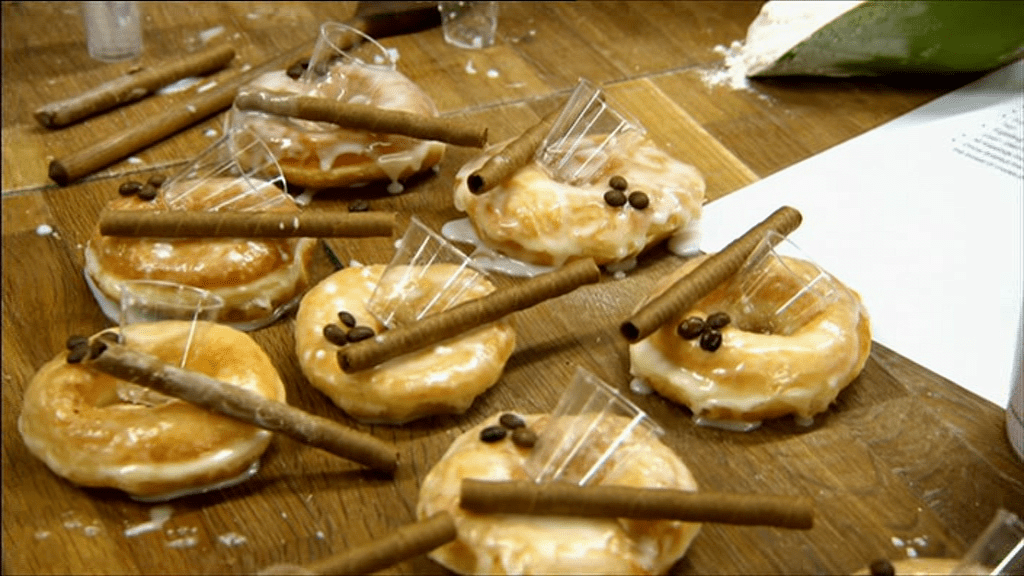 Sabrina was more honest: “The doughnuts were an absolute disaster. They looked completely shocking.”

And she was head of quality control for the operation.

For “artisan”, read “broken Jammie Dodgers plonked on top of a doughnut” and “outsourcing the icing to a local nursery school’s freestyle art lesson”.

They’d have been even worse too, had saner heads not talked Camilla out of attaching a teabag — an actual teabag — by its string to it as well. 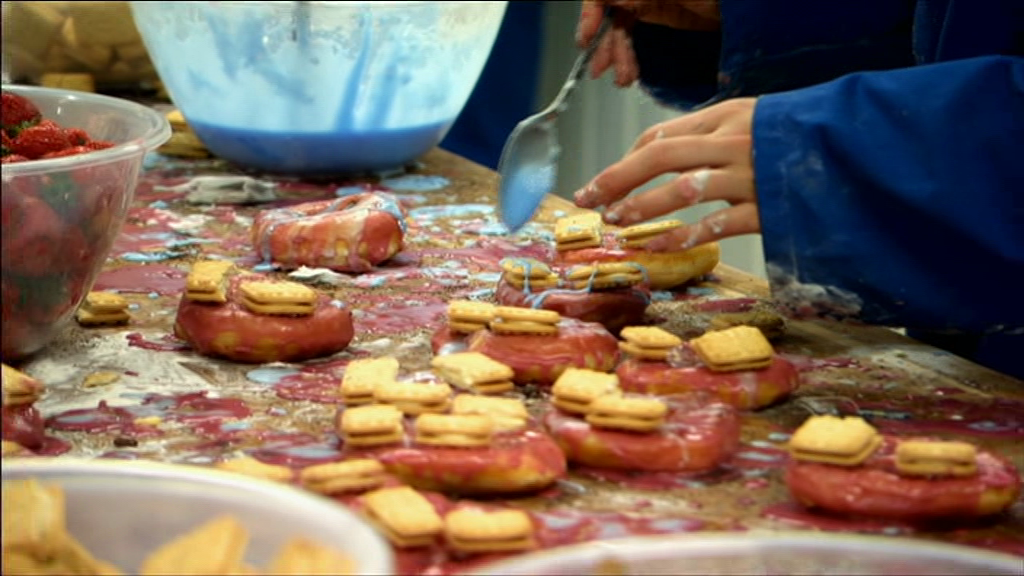 Instead, they sprinkled raw Earl Grey on top. Which is much better, obviously.

…but Team Collaborative’s were even worse

Typhoon’s doughnuts may have been appalling, but at least they didn’t require asbestos gloves and a full-body protection suit before tucking into them. 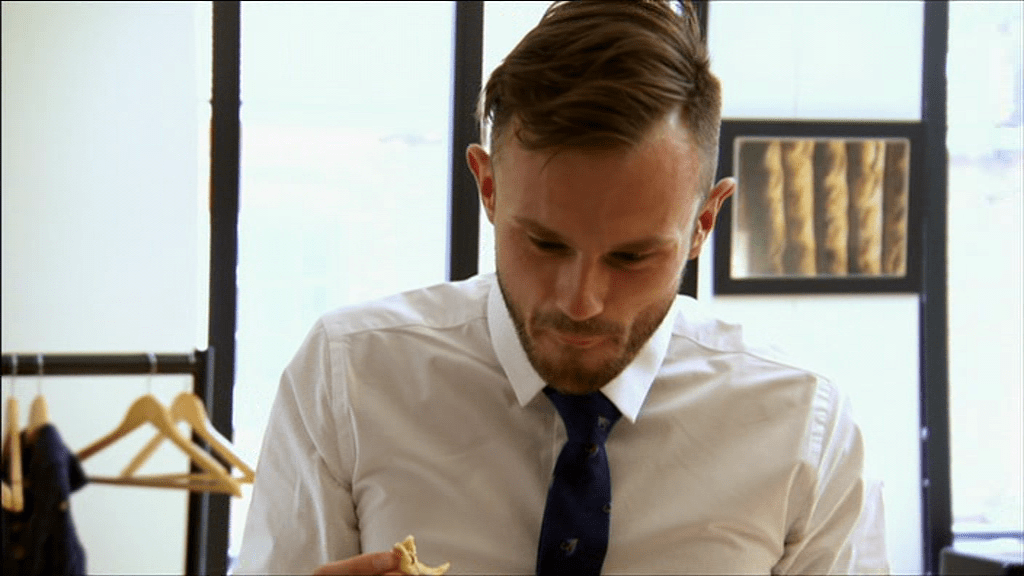 That honour goes to Collaborative’s “naughty but spice” offering, topped with lashings of sriracha — not just the name of the hot chilli sauce Jasmine plastered over them but the noise taste-tester Frank made during the resulting coughing fit as his internal organs shut down in protest.

Faced with delivering what amounted to a massacre in a doughnut factory to their corporate client, Typhoon got creative with their excuses.

Sabrina insisted the lack of icing and shoddy decoration was deliberate, a claim that received a deserved: “Come on! Who are you trying to kid?!” 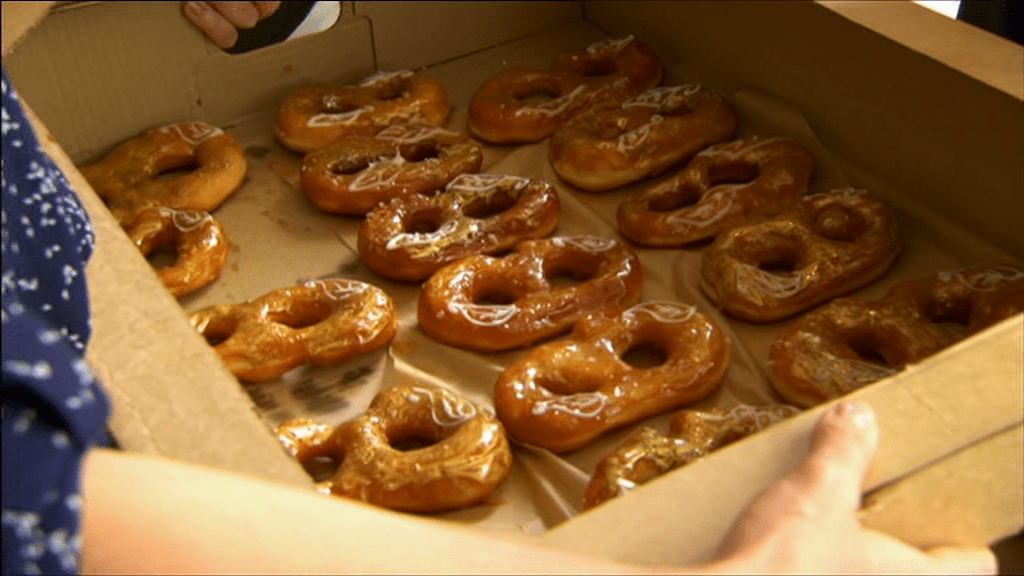 Corporate client: “We were told they were going to be an absolute premium doughnut. There’s just too much inconsistency.” 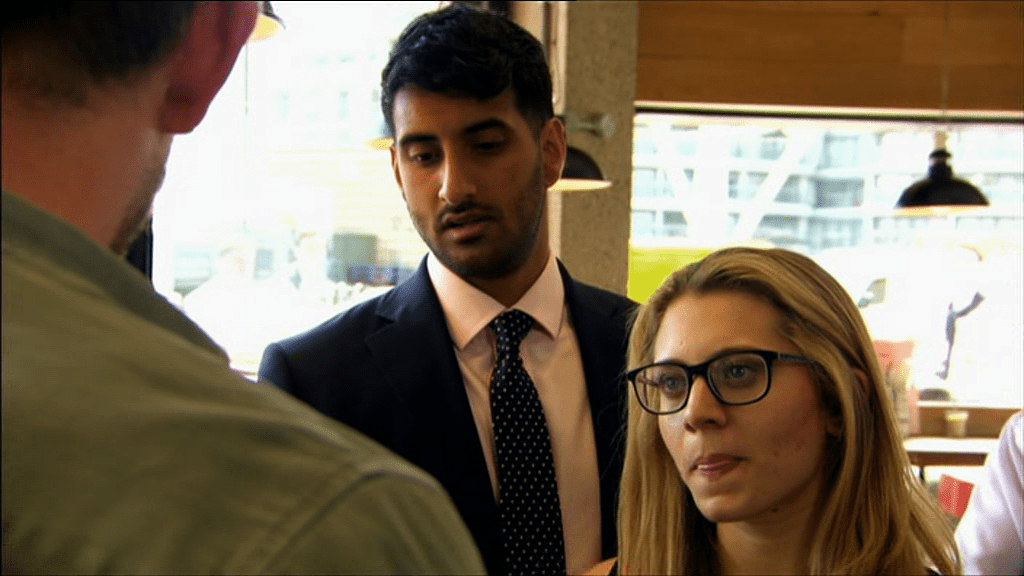 There’s a time and a place for everything, especially arm-wrestling

Kurran rocked up at the boardroom nursing a broken arm, an injury suffered during an impromptu arm-wrestling contest in the house the night before. 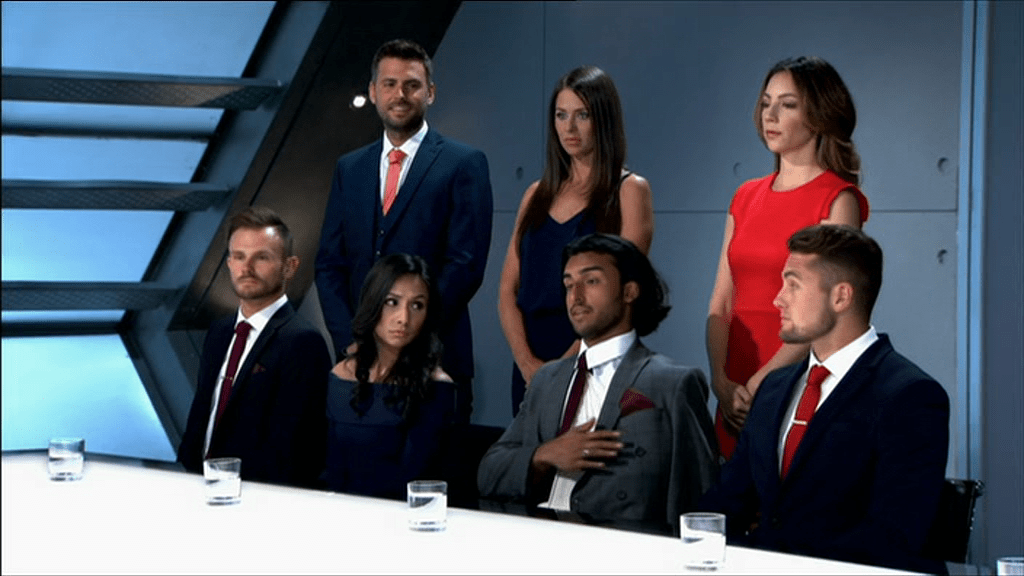 Who knew? Lord Sugar’s terrible doughnut jokes bombed but, in a twist no one could have expected, he actually delivered some quality gags at crocked actor Kurran’s expense.

“I thought actors were supposed to break a leg.” Haha!

“You finally got into a cast.” You’re on fire, Alan! 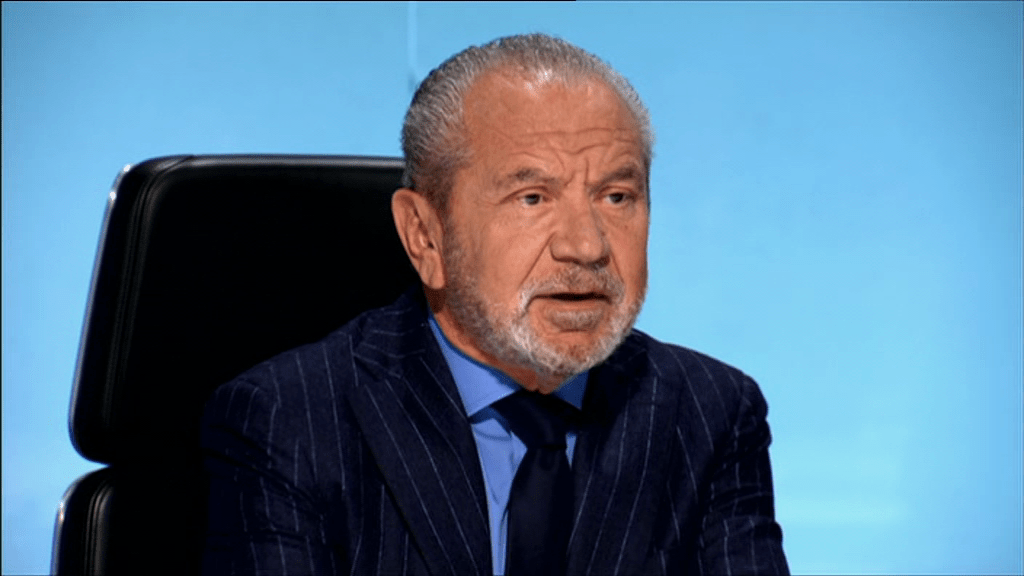 “You got your big break.” Yeah, not so much. Quit while you’re ahead.

“From what I’ve heard, you’ve appeared in Casualty.” 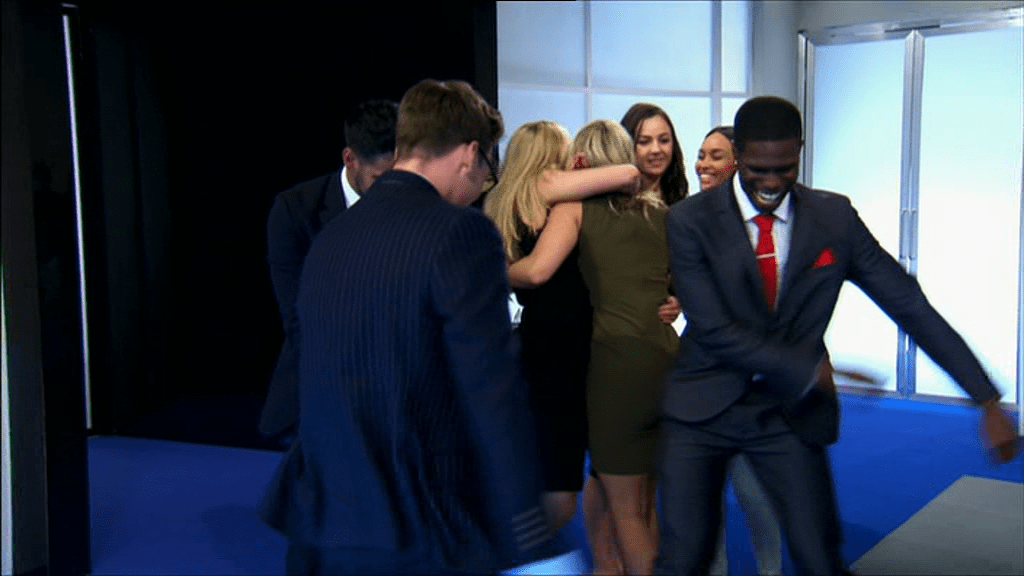 Perhaps Frank has concocted the best business plan ever.

Unlikely, but we’ll never know as Lord Sugar decided that, because he can’t cook doughnuts very well, it was his time to leave The Process.

“This is just the beginning for me,” Frank announced in the taxi-for-one.