The singer announced last night she was taking a break from social media, and made her first public appearance without her £76k engagement ring. 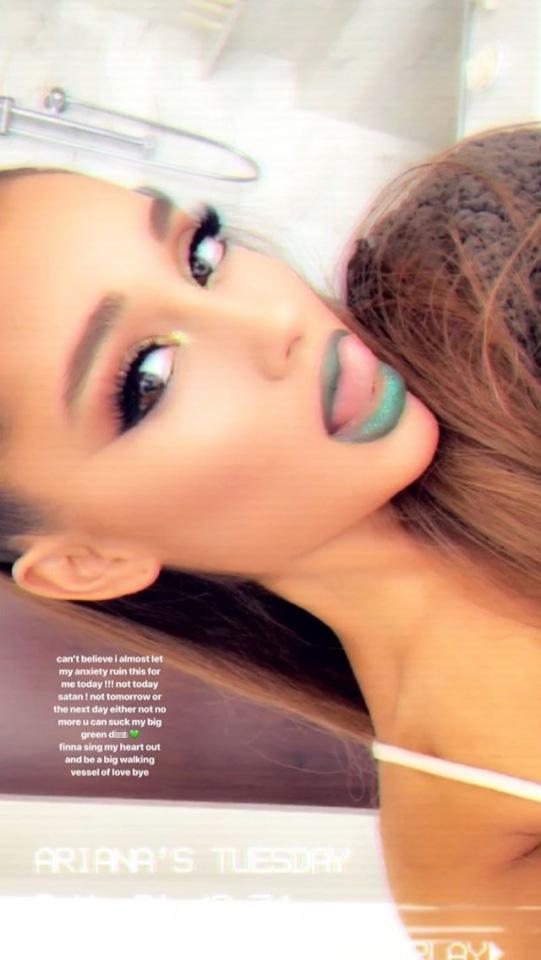 Taking to her Instagram Story, the star, 25, revealed she had been experiencing "anxiety" following her secret break up with the comedian.

Beside a selfie of herself wearing green lipstick, she wrote: "Can't believe I almost let my anxiety ruin this for me today!!!

"Not today! Not tomorrow or the next day either not no more u can suck my big green d**k."

Ariana – who recently lost her ex-boyfriend Mac Miller – was forced to pull out of a dress rehearsal for Wicked, but insisted she hadn't dropped out of the Broadway show entirely. 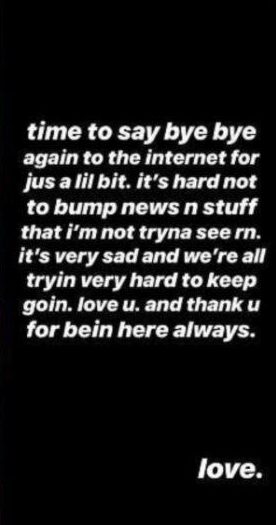 She also shared a post with white writing on a black background.

It read: "Time to say bye bye again to the internet for jus a lil bit. It's hard not to bump news n stuff that I'm not tryna see rn.

"It's very sad and we'e all tryin very hard to keep goin. love u. and thank you for bein here always."

Ariana also made her first public appearance since splitting with Pete, 24. She sung songs from musical Wicked on stage in New York yesterday evening.

The star, who looked incredible in a green top, black trousers and boots with her hair in her trademark ponytail, was noticeably without her engagement ring. 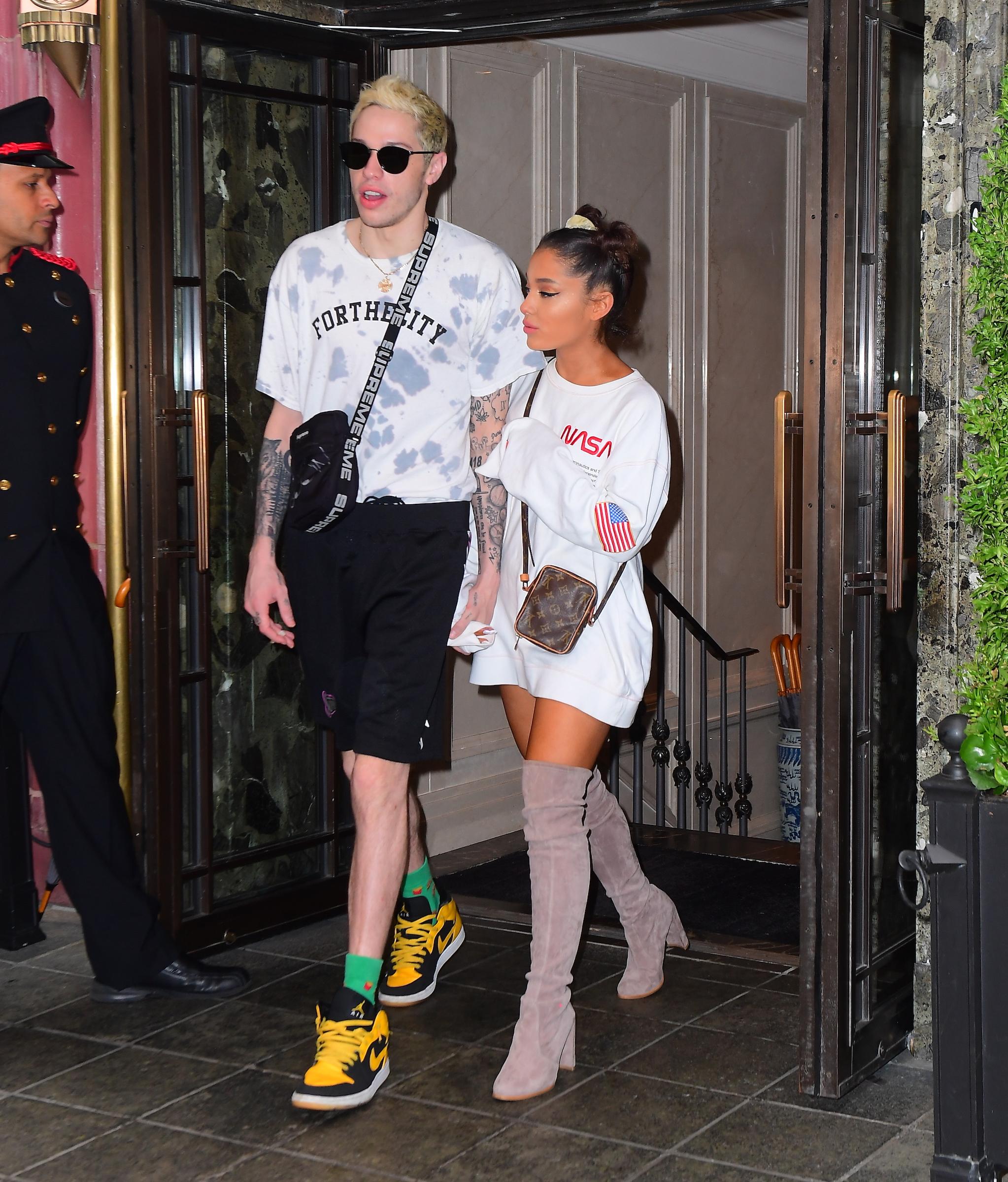 It comes as it was revealed she had returned the £76k rock to Pete.

The God is a Woman hitmaker will also be keeping custody of their pet micro pig Piggy Smallz, according to TMZ.

It's claimed the chart-topper has given him back his 3.03 carat diamond set in platinum band back after he proposed with the sparkler in June.

The ring, which took weeks to make and was made especially for Ariana, was reportedly handed back to the Saturday Night Live star as soon as Ariana ended their romance.

She will also be keeping hold of the pet pig they adopted last month.