Warning: This article contains spoilers from the Arrow season 7 premiere, which hasn’t yet aired in the UK.

Arrow returned for its seventh season last night (October 15) with Oliver Queen behind bars after the events of season 6’s finale.

However, that’s not the subject on everyone’s lips, as the show delivered a scene that turned out to be pivotal. 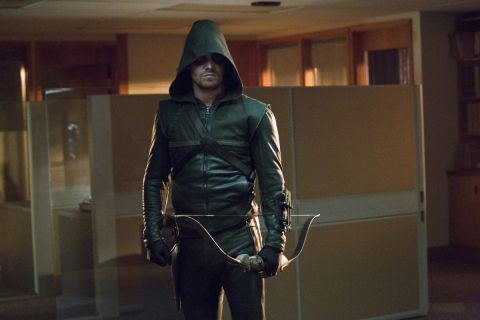 We saw a mysterious man travel to Lian Yu, where he comes face-to-face with an older Roy Harper. However, when Roy asks why the man is there, he reveals himself to be a grown-up William, Oliver’s son. 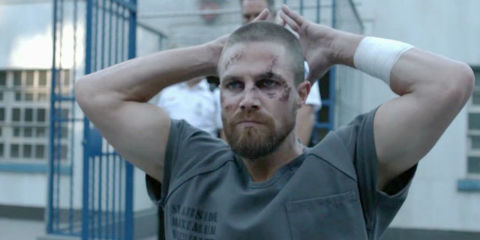 The flash-forward twist certainly comes as a surprise for the show, and it will apparently “open up the world immensely” going forward.

“We’re going to keep it all season and series,” showrunner Beth Schwartz said at a screening (via Entertainment Weekly), revealing that the idea for a flashforward has been doing the rounds many years.

“We didn’t know how long the show was going to go on for, so we always knew that after season 5, there wouldn’t be flashbacks. So, we had talked about flash-forwards years ago. Like, ‘Is this what we’re going to do when there aren’t flashbacks?'”

She elaborated to EW: “I think it opens up our world immensely. For a seven-season show, coming up with new stories that we haven’t done before is definitely a challenge.

“I think this is a really great way to tell some of these stories and also add a lot of mystery, because we can introduce something in the future and then you’re like, ‘How the hell did that happen?’

“So in the present-day story, you’re going to really want to tune in to see all those details.”

However, Schwartz confirmed that the flashforward is “not connected to Legends [of Tomorrow]“, adding: “This is our own future”.

Arrow season 7 airs on The CW in the US. The series airs on Sky One and NOW TV in the UK.