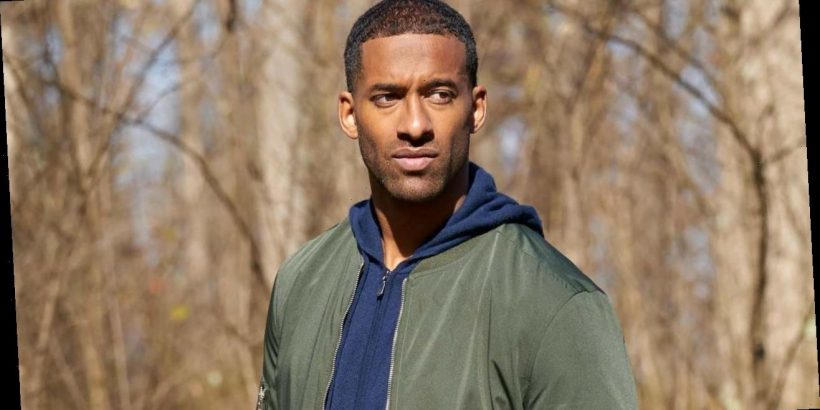 Matt James was taken aback by the amount of drama during his season of The Bachelor. The current franchise lead admitted as much during Monday’s “Women Tell All” special, saying he was “a little surprised” by the amount of conflict among the women.

“I would expect a certain amount of that to be taking place just because there’s multiple people trying to date one person,” he said. “I just try to be empathetic to the women and what they were going through because I hadn’t gone through it. I couldn’t say I wouldn’t have acted differently in their position.”

“There’s a million different factors that you have to take into account, so I try not to hold them to an unrealistic standard,” Matt added. “I just try to be as realistic as possible.”

When women like Katie brought the drama to Matt’s attention, the Bachelor said it was “difficult” to know how to respond.

“When new information’s brought to you, you can only act on what you know,” he said. “You’ve got to take action in some cases, and you’ve gotta not beat yourself up for not seeing something. Especially when you hear something that just completely catches you off guard.”

One such moment came during Matt’s conversation with Jessenia, he said. During that chat, Jessenia pointed to MJ as one of the women causing drama in the house.

“The last person’s name I was expecting to hear was MJ’s,” he admitted. “It led to a two-on-one. That’s never how you want to see someone’s time come to an end that you are having a great connection with… At the end of the day, I’m dealing with these things as they come at me, and I just had to make that decision for myself.”

Another source of drama came from Anna, who falsely accused Brittany of being an escort. Matt said his “heart went out” to Anna while watching the conflict unfold on TV. Earlier in the episode, Anna said “everything” she did amid the situation “was wrong,” while Brittany said that the fallout from Anna’s accusations left her “completely shocked.”

“I know before our conversation Brittany had broke down. When I first met Brittany, she was bubbly, full of energy, just spunky,” Matt said. “Seeing and feeling your remorse in that conversation, I knew that that wasn’t your character and who you were and it was just a lapse in judgment.”

“What a lot of us are understanding is that there comes a point in time where we have to be accountable for things,” he continued. “As tough as that is, better now, I feel like, than down the road.”

The conversation then turned to Victoria, who has been criticized for bullying other women throughout her season, an accusation she denies. Earlier in the “Women Tell All” episode, Victoria admitted that the “name calling” she participated in was “completely unacceptable.”

Victoria emotionally broke down in response to Matt’s comment, telling him, “I’m so grateful for the experience and I have learned a lot. I’m grateful for you.”

“It’s been hard watching the show back, because, yes, I was involved in drama and that was a really hard learning experience,” she said. “I do feel like I could’ve had a shot at more of a romance… I have a tremendous fear of rejection, so that was why my exit was just a little dramatic. I was going through just levels of pain at that time.”

In response, Matt said that, when people ask him about Victoria, he has “nothing but good things to say.”

“I’ve never been in your situation, not only from being on the other side of the rose, but just your life experiences,” he said. “… I’ve told people, ‘I feel like I dropped the ball on our relationship,’ because there’s a lot more there that I felt like I could’ve done for you that I didn’t get the chance to.”

Overall, Matt said he doesn’t want to judge anyone, as he’s “not a perfect person.”

“I’m no one to sit up here and judge how any of you all decided to handle yourselves and deal with that emotion in real time,” he said. “… I know the type of people that you are, which are good people.”

The Bachelor airs Mondays on ABC.