Great British Bake Off viewers were left devastated last week when Mak Patel was sent home after the judges thought he was the right person to leave the contest following a series of biscuit-themed challenges. With another week underway, the third episode of the Channel 4 series saw the remaining contestants take on three bread challenges, with Paul Hollywood, 54, leading the charge. The first task the 10 bakers had to face was creating both a savoury and sweet soda loaf but despite the action in the tent, it was Linda Rayfield who captured the hearts of the nation. 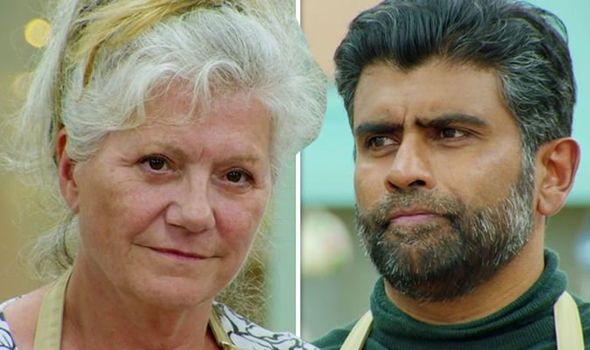 Knowing Mak wanted to showcase his homemade honey on the show, Linda decided she would pay tribute to him by using the sweet ingredient in her bread.

Watching the scenes unfold at home, viewers quickly took to Twitter as they burst into tears over the touching moment.

“Mak left his honey for someone else to use, I weep. #AWomanSconed #GBBO,” a fourth person commented with the outpour of tears continuing.