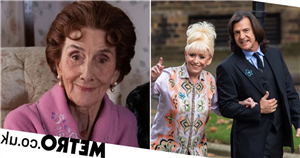 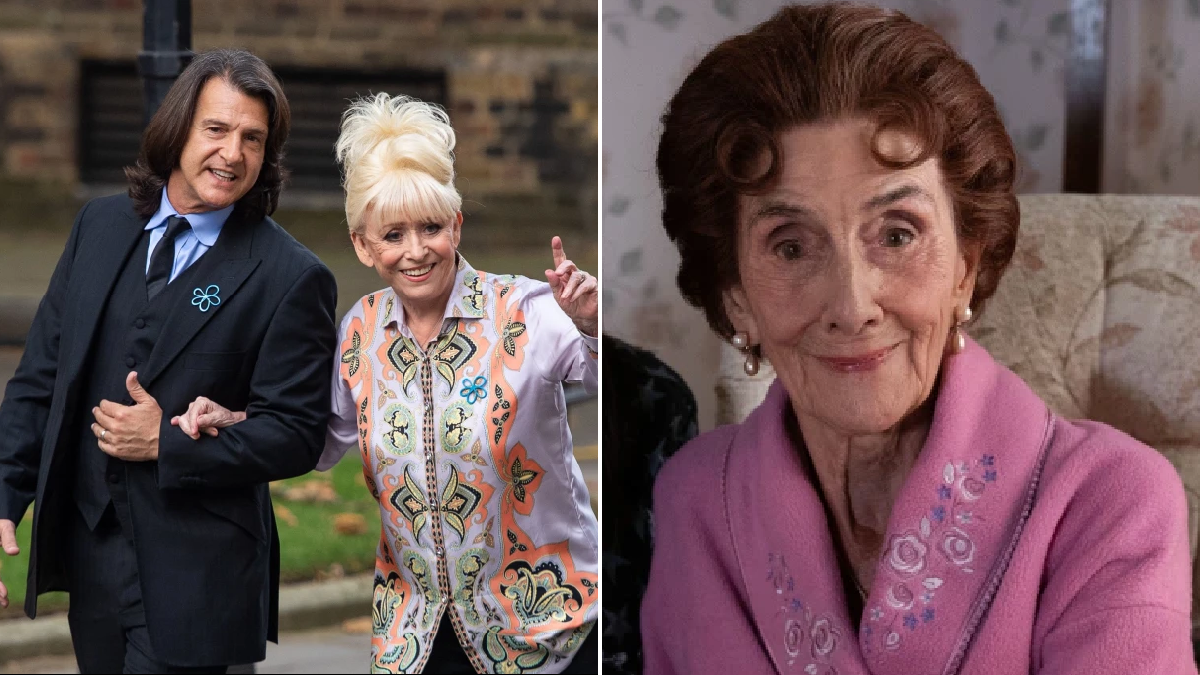 Barbara Windsor’s husband Scott Mitchell has paid tribute to EastEnders legend June Brown, who has died at the age of 95.

Scott, who was close friends with June and worked as her agent, described her as ‘a true force of nature’ and a ‘one-off’, and said that he will now picture Dame Barbara, June and co-star Anna Karen, who died earlier this year, in heaven together.

‘I am so sad to hear about June’s passing’, he said in a statement. ‘Not only was she a close, dear friend to Barbara and I, but I also had the privilege of being June’s agent for a number of years.

‘A true force of nature who created one of soap’s most iconic soap characters ever in Dot Cotton. Up there with the greats.

‘Talking of which, I am imagining a cloud in heaven with June, Barbara and Anna Karen now sitting on it.

‘My advice to all angels nearby would be approach with caution.

‘Rest in peace dearest June, you were a one-off, and love to all her family.’

June died at her home on Sunday night with her family by her side.

A statement from an EastEnders spokesperson read: ‘We are deeply saddened to announce that our beloved June Brown, OBE, MBE, sadly passed away last night.

‘There are not enough words to describe how much June was loved and adored by everyone at EastEnders, her loving warmth, wit and great humour will never be forgotten.’

‘June created one of the most iconic characters in Dot Cotton, not just in soap but in British television, and having appeared in 2,884 episodes, June’s remarkable performances created some of EastEnders’ finest moments.

‘We send all our love and deepest sympathies to June’s family and friends. A very bright light has gone out at EastEnders today but we shall all be raising a sweet sherry in June’s memory.’