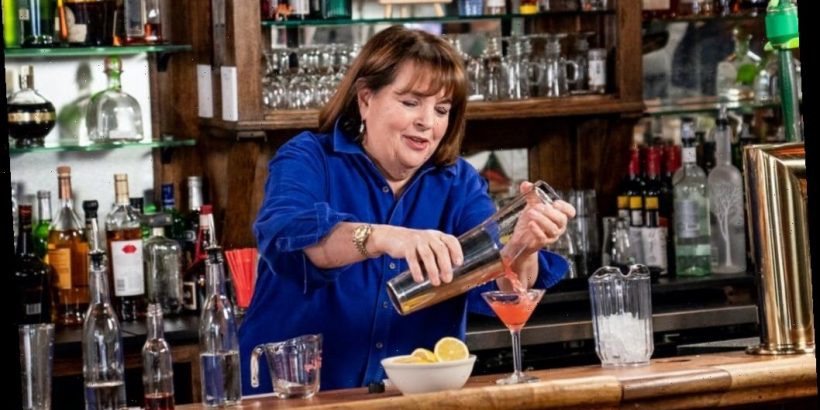 Throughout the pandemic, Barefoot Contessa star Ina Garten hasn’t shied away from expressing her need for an occasional cocktail. Garten went viral on social media last year when she was spotted drinking a massive Cosmopolitan.

Apparently, Garten loves Cosmopolitans, and she once revealed how to make a perfect version of the cocktail.

Garten loves making cocktails for both her show and her cookbook. The Food Network star has made plenty of drinks through the years, and she doesn’t shy away from her favorite recipes. In an interview with Time, Ina Garten shared her biggest secret to creating the perfect whiskey sour.

When asked about her favorite drink, Garten told Time, “Whiskey sours, every summer. But they have to be homemade, with fresh juice and good bourbon.” Garten revealed that making her own cocktails helps them taste better than something she’d get at a bar — possibly because she can control the amount of liquor and other ingredients.

At the beginning of quarantine, Garten made a massive Cosmopolitan, which she shared on social media — but that’s not the first time Garten has shared a classic Cosmo recipe. Plus, she shared her secret to making it perfect.

Ina Garten once appeared on Late Night With Seth Meyers, where she let fans in on what it really takes to make the perfect Duke’s Cosmopolitan. Garten took the recipe from one of her cookbooks.

“First ingredient is lemon,” Garten says, and she encourages her fans to use exact measurements when making the drink. The drink calls for four ounces of fresh lemon juice. “And a lot of vodka — seven ounces of vodka,” she adds. Garten added the ingredients to a cocktail shaker. Though it’s not caught on camera, she also adds 4 ounces of Cointreau liqueur. 7 ounces of cranberry juice cocktail, a dash of raw egg white (though this is optional), and plenty of ice. She then shakes it up for 30 seconds before pouring it into a martini glass.

Garten and Meyers went on to make a Mai Tai and a whiskey sour — and of course she added that the whiskey sour is her favorite cocktail.

Though cocktails are a large part of Garten’s cookbooks and cooking show, she has admitted that she doesn’t actually drink them often. Back when Garten went viral for her massive Cosmopolitan at the beginning of quarantine, she made it clear that the drink was not an everyday occurrence. “I think I spend more time talking about cocktails than I do actually drinking them,” Garten told Page Six. “I have a little glass of wine and that’s basically all I need, and a cocktail once in a while.”

Still, Garten loves including cocktail recipes in her cookbook, and whenever she’s cooking for any kind of event on Barefoot Contessa, she typically throws in a drink recipe to match the dinner menu.