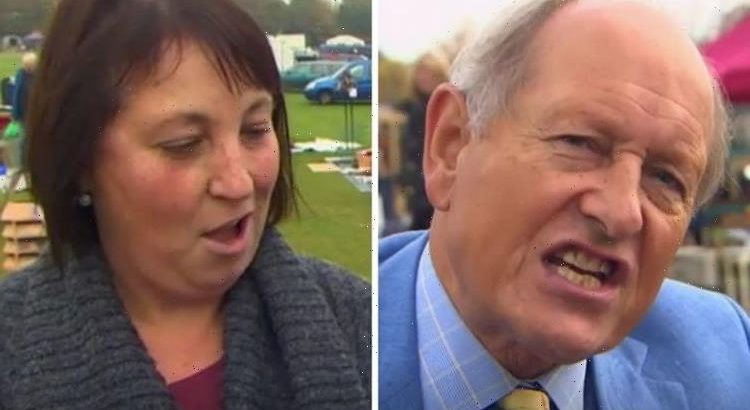 During a rerun of Bargain Hunt, expert Charlie Ross took BBC viewers to Delting International Antiques and Collectors Fair in Kent. With a worn teddy bear in hand, he asked guests how much they thought the bear would fetch at auction. Some of the guesses varied from £5 up to £250, although, little did they know the bear once belonged to Sir Winston Churchill.

“What a huge variety of valuations,” Charlie commented afterwards. “Nobody was quite sure.

“The value is in the eye of the beholder. What do you look for in a soft cuddly toy?

“If the toy is of course made by Steiff that would make a huge difference to the value.

“What about condition? Well, bunny here has been well-loved, we wouldn’t want him looking brand new, would we?”

The expert went on to explain none of the factors he had mentioned was as important as provenance.

“Where did the toy come from and who owned the toy?” he continued.

“Who loved the toy? What is the history of the toy?

“And that is the key point. We don’t know who made this bunny, but I do know where this bunny came from.”

Charlie told viewers the bunny was given to a good friend of his, 60 years ago by Sir Winston Churchill.

“She was two at the time,” Charlie recalled. “She thinks she can remember at the back of her mind, Winston Churchill coming in and giving her this toy.

“And of course, she can write a letter to that effect. Her father farmed the land and therefore they met Sir Winston Churchill on several occasions.

“Any connection with the greatest man of the 20th century makes something considerably more valuable.”

Charlie went on to discuss what he thought the toy would fetch if it ever went to auction.

Predicting the valuation of the stuffed toy, the expert added: “I think bunny, instead of being worth £5, and of course, bunny won’t be sold.

Following his admission, Charlie continued to ask the guests at the antique fair what they thought the bunny would sell for now they know it belonged to the former Prime Minister.

After telling one guest, she replied: “Oh, really? Oh my gosh.”

The guest who had originally given the stuffed toy a valuation of £30, told Charlie it would be worth “double that” after discovering who it belonged to.

One person predicted it would sell at £80, while another thought it could fetch up to £2,000 at auction.

“Well, there you have it,” Charlie concluded. “Provenance is everything.”

Bargain Hunt is available to watch on BBC iPlayer.