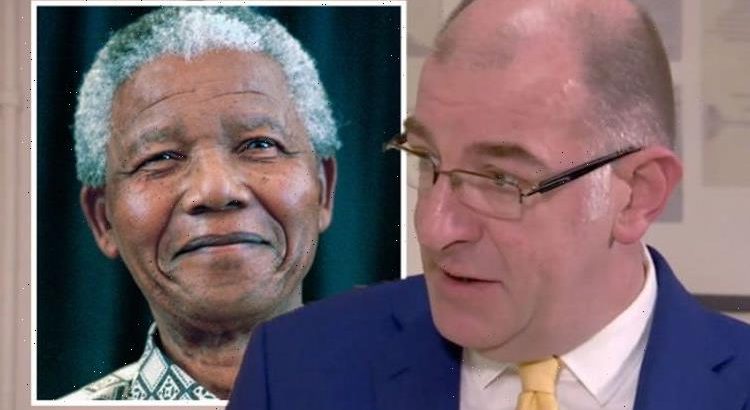 Richard was joined by Anita Manning to discuss some of the autographs and signatures written by historical greats and how their value is discovered. As a Philographer – someone who collects autographs – the Bargain Hunt expert detailed the finer aspects of estimating the cost of an autograph. However, what the BBC star might not have been expecting was the price of a letter written by the late Nelson Mandela from his prison cell matched the value he had predicted.

Anita began the conversation as she asked the Philographer: “How do you authenticate a signature or autograph?”

Richard explained: “One of the key factors is the provenance. For example, we have a letter here from Winston Churchill, which is nice in itself because it’s written to Montgomery of El Alamein but this was originally in a very famous collection that belonged to a man called Ray Rawlings.

“Here, we have the catalogue of his collection and there is the Churchill letter that we have here so we can trace back its provenance, which is hugely important 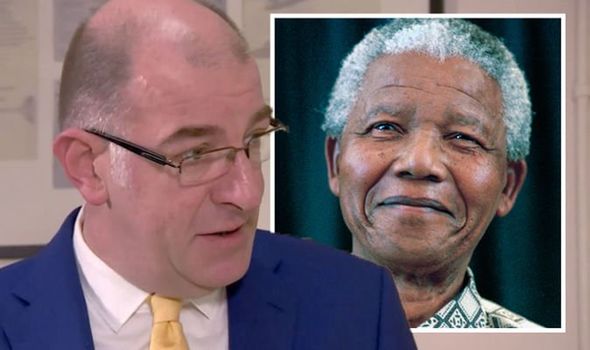 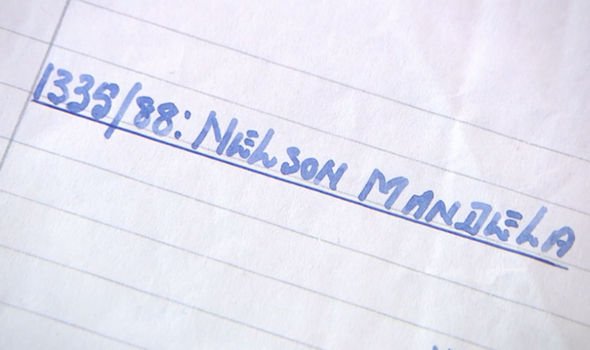 The expert continued: “There are lots of different factors [that make an autograph valuable].

“We’ve seen Churchill writing to Montgomery, so it’s an association between two people but also if the letter is handwritten, it’s generally more valuable than a typed letter.”

Richard moved on to talk about the former President of South Africa and a letter he penned during his 27-year stint behind bars at the Robben Island prison.

“We have an example here from Nelson Mandela. This was written in 1989 and we see here he has written his prison address and there is his prison number at the top.” 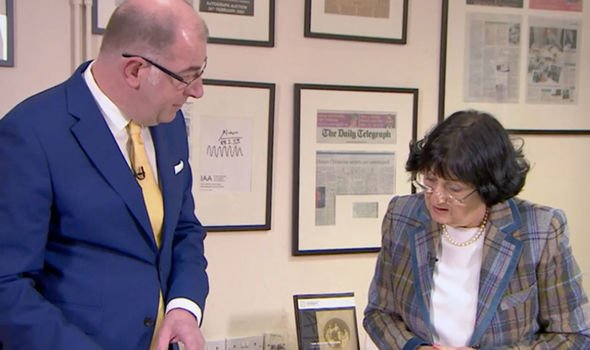 There are lots of different factors

Estimating the value of the rare letter, the expert added: “As it’s handwritten and rare, Richard’s estimated value of Mandela’s prison letter is £3,000 to £4,000.”

Comparing it to a letter which was dictated on a computer but still featured his signature, the expert added: “His typed letter as President at only £400.”

It emerged that when the letter was put up for auction, it was sold for the exact value the Bargain Hunt started estimated of £4,000. 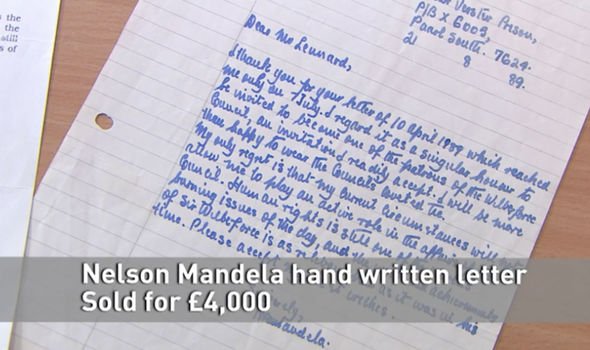 Explaining a little further about the intricacies, the Bargain Hunt star said: “A plain signature really proves that someone can just write their name. But we have an example of Walt Disney.”

The expert continued: “Now he’s drawn Mickey Mouse, of course, his most famous creation. So, the fact he’s drawn Mikey adds to the value incredibly.”

The artist’s signature was featured in a notebook, belonging to journalist Sally Holloway who met Walt at the Savoy Hotel in London in 1946.

“Her handwritten notes from the interview are still in the notebook so, again, the provenance there is impeccable,” Richard remarked.

Anita replied to the expert: “So, it’s the story behind the autograph for the document we’re looking at as well.”

“And sometimes, that can be really fascinating,” the expert continued before the value of Walt Disney’s signature was revealed.

When put up for auction, it fetched in an impressive £8,000, making it one of the most expensive finds the collector had made.

Bargain Hunt airs weekdays at 12:15pm on BBC One.