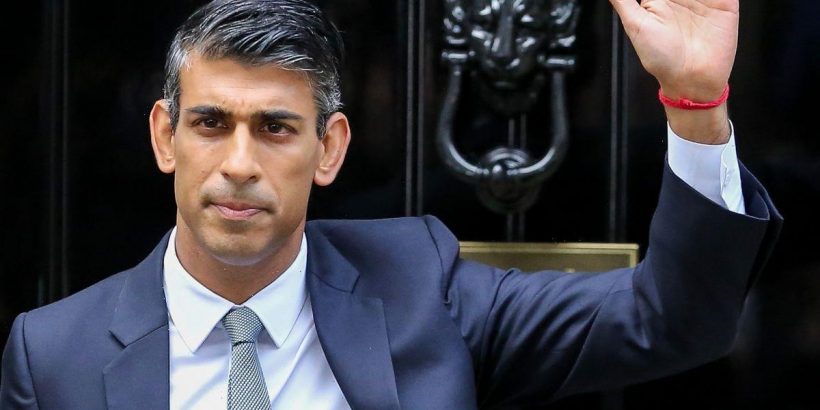 The BBC has been left red-faced after they accidentally broadcast the word 'c***' to describe new Prime Minister Rishi Sunak.

The embarrassing blunder came when it was announced that Rishi would replace failed PM Liz Truss at 10 Downing Street after she managed just 44 days in charge of the country.

Rishi was announced as the successor and new leader of the Conservative Party on Monday after a weekend full of speculation that former Prime Minister Boris Johnson was set to throw his hat into the ring for a return to Downing Street.

However, Boris withdrew from the race late on Sunday, leaving the path clear for Rishi to take over after fellow campaigner Penny Mordaunt failed to rally support from party members.

BBC News later aired a detailed segment on Rishi's rise to power as the first ever British-Asian PM, in a monumental day in politics for people of colour.

However, one part of the news special failed to hit the mark when a word cloud of buzzwords flying around on social media associated with Rishi was aired on the big screen.

The detailed graphic featured a series of descriptive words ranging from the complimentary – capable, reliable, complimentary and intelligent – to the negative – snake, slimy, backstabbing and arrogant – but one or two of the words sunk the piece to a whole new level.

Eagle-eyed viewers were quick to spot that the broadcaster had also inadvertently shared some vile expletives as descriptions of the new PM in the graphic with the words "t*** and c***" also appearing on the screen.

The blunder is the second time in just over a week that the broadcaster has accidentally aired vulgar swear words after they were forced to apologise when actress Miriam Margoyles used obscenities to describe chancellor Jeremy Hunt.

The Harry Potter star admitted she had bumped into him in the corridors of the BBC when she was on Radio 4'S Today programme – and she didn't feel too pleased about it.