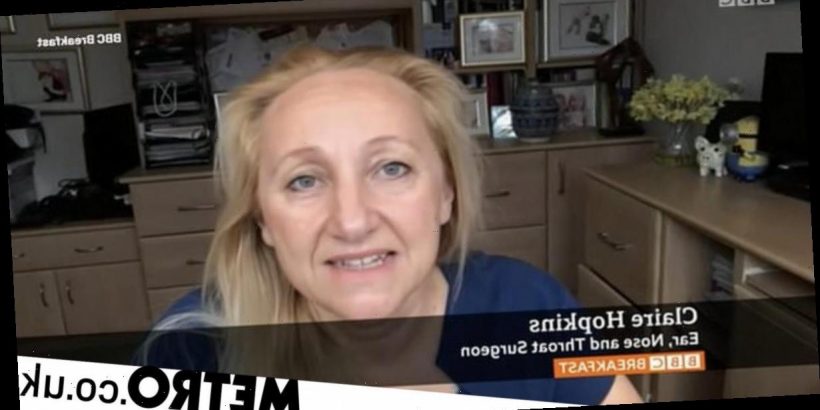 BBC Breakfast’s Dan Walker has apologised after a female professor was not given her title, while her male colleague was.

On this morning’s show, Tim Muffett spoke to people who had lost their senses of taste and smell after testing positive for coronavirus.

In the video package, Tim spoke to Professor Claire Hopkins, an ear, nose and throat surgeon who has been campaigning for these symptoms to be taken more seriously.

However, Professor Hopkins was not referred to as a professor in her intro, and her title was let off the aston – or the on-screen text explaining who she was.

Following the package, Dan Walker and Louise Minchin, who were in studio, spoke to Chrissi Kelly from he organisation AbScent and consultant ear, nose and throat surgeon Professor Nirmal Kumar.

Louise addressed Professor Kumar with his title, and when he spoke remotely from Manchester, he referred to his colleague as ‘Professor Hopkins’.

Following the show, Professor Hopkins noted that her male colleague was addressed with his title, while she was not. 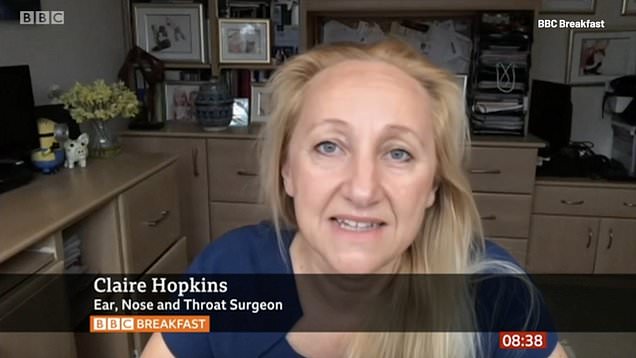 She tweeted: ‘Spot the difference…. delighted to take part in an interview on BBC breakfast this morning with my colleague.

‘We are both Professors and Consultant ENT surgeons…..why don’t we get treated in the same way? #untitling #unconcious bias [sic].’

Her followers criticised the choice to not address her with her title, with one response reading: ‘

Dan saw Professor Hopkins’ tweet and issued an apology, explaining that two different teams would have monitored each aston, as she was in the video package and Professor Kumar was live.

The surgeon replied to Dan: ‘Thanks for the apology. Same thing happened when you introduced me during a live interview last year too, when you spoke with ‘Claire and Professor Semple’…. when coming on to give an expert opinion, titles matter.

‘Everywhere else, I’d be delighted if called me Claire.’

One person criticised Professor Hopkins’ reaction, tweeting: ‘Quite honestly some people look for malicious intent, subliminal or otherwise, behind even the slightest error. TV staff doing on-screen captions are always making mistakes, whether it be names, titles, locations or whatever.   Annoying, but nothing to have a Coronary about.’

She responded: ‘If an ‘error’  is repeated with such regularity it becomes the norm, it suggests a system failure that need to be fixed. This is something that happens to me, and many other women, every day. Important to call it out so that the system with change.’

BBC Breakfast is on every morning from 6am on BBC One.