BBC Breakfast presenter Bill Turnbull has given an update on his cancer treatment, explaining that he has completed nine rounds of chemotherapy.

The presenter revealed earlier this year that he had been diagnosed with prostate cancer, and said in his latest update that while he was better, he had “an awfully long way to go”.

“I did nine rounds of chemotherapy, which is a bit of a grind, to be honest,” Bill told The Mirror. “That finished a few weeks ago.”

“The effects of the chemo have been wearing off, which means my energy levels are back up and I feel a lot better… I’ve still got the disease and we’ve got an awfully long way to go, but for the moment, I’m feeling OK.”

Recalling the “bombshell” moment he received his diagnosis, Bill continued: “It’s one of the hardest things that you’ll face in your life.

“It will happen to hundreds of people today, when they’re told, not just that they’ve got prostate cancer, but other types of cancer. You have to push through it really. It’s a really numbing, shocking moment. 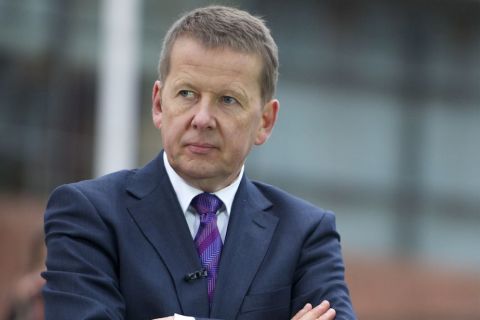 “The consolation is the first days are the darkest days. If you get through those and have people around you… you can start putting things into context. It’s not great. It’s a constant thing on your mind, but if you get through that first week or so, it will get a little better.”

He added: “As soon as I went public, there was an enormous response on Twitter… to wish me well, but also men saying they had been made by their wives and family to get a test, because they had been putting it off.”

For those seeking more information about prostate cancer screenings, please visit Cancer Research UK, and those wishing to donate to help support people battling the disease can do so through Stand Up to Cancer.