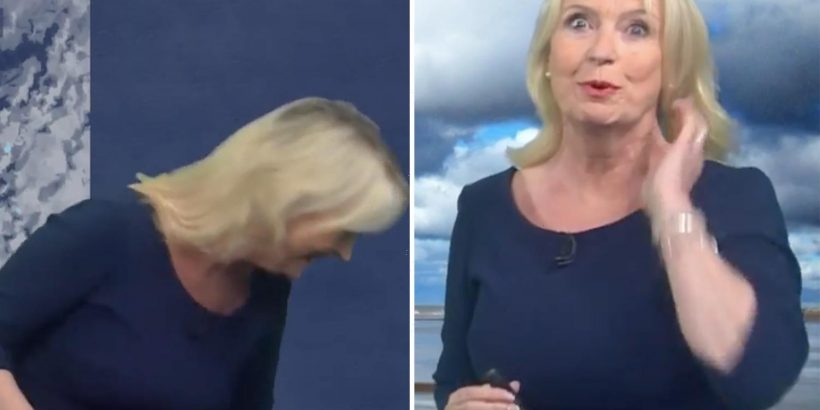 BBC Breakfast's Carol Kirkwood was left red-faced after dropping to the floor over a tech blunder.

The weather presenter, 59, acted like a true professional during the error live on air yesterday morning. 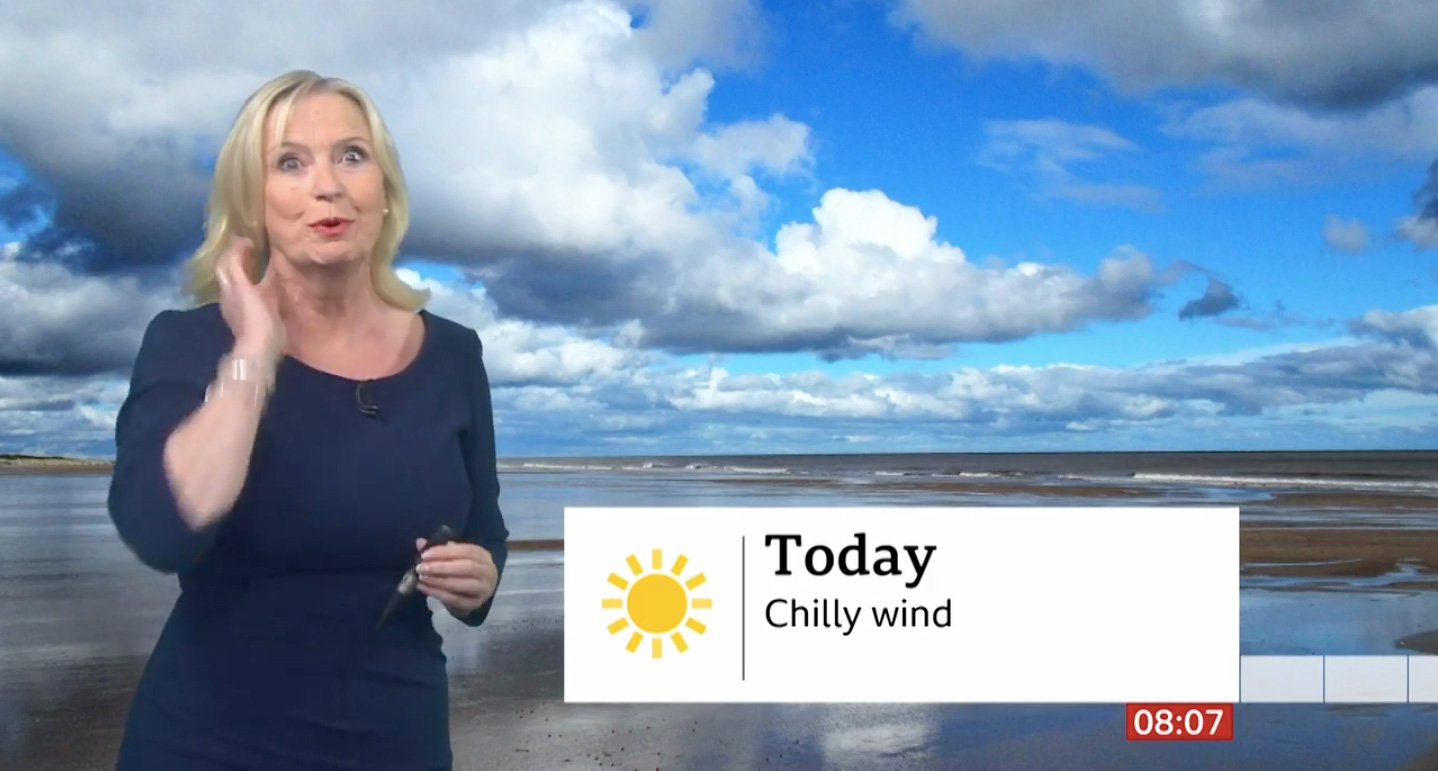 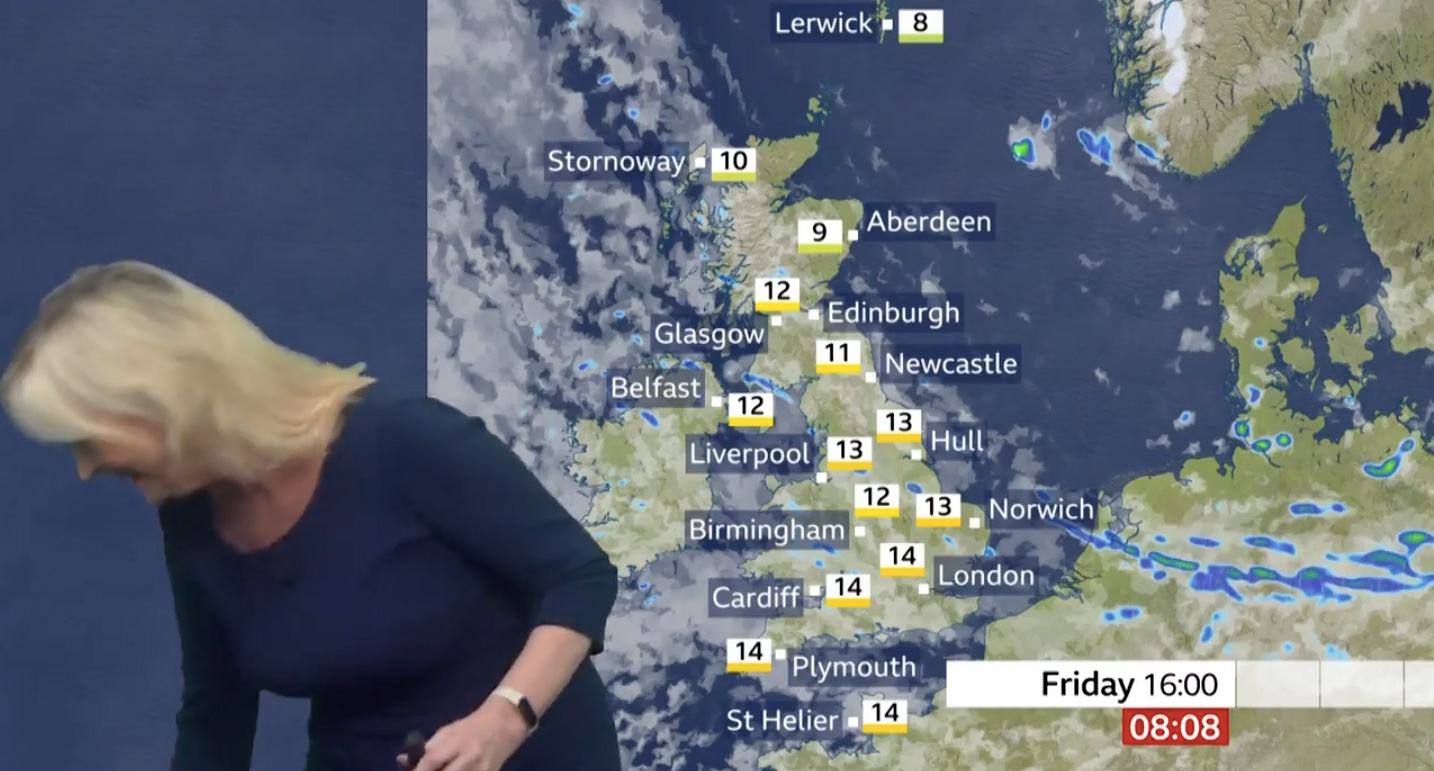 As the telly host told viewers what they could expect from the weather, her ear piece randomly dropped to the floor.

As she tried to catch it mid-fall, Carol said: "Whoops!"

The TV star tried to continue the next bit of the segment, but decided to pick it up.

She told fans: “My ear piece fell out so I’ll just put it back in in case you say anything to me, but that’s it for the weather for now.”

The cameras then went back to newsreaders Naga Munchetty and Charlie Stayt live in the studio.

Charlie was very impressed with how she handled it and told her co-star: “No one even noticed Carol, you’re so slick. It was all done perfectly.”

ON THE WARD PATH

This isn't the first time the BBC weather veteran has been involved in a slip-up on the show.

Host Dan Walker  – who is currently taking part in Strictly 2021 – was left in hysterics after Carol was pulled to the floor by a powerful dog live on air last month.

The presenter didn't seem at all concerned and collapsed in hysterics at the bizarre scene unfolding on the screen in the studio.

Carol was holding a guide dog as part of her outside-broadcast from a garden dedicated to the animals in Chelsea, West London.

But after one particularly strong yank on the lead, she went flying forwards, with just her feet shown on the video link-up picture.

Dan was heard roaring with laughter as her white trainers were shown with her flat-out on the deck, saying: "We've got a Kirkwood down.

"We've got a Kirkwood down. Someone save Carol."

Then, when she got back into the picture the 44-year-old star asked: "Are you OK? I think she might have lost a shoe."

Carol, who has struggled back onto the screen, replied: "Yes. She's a very strong girl, Flash."

The star joined the national broadcaster in 1998 and presents the weather across all of their channels. 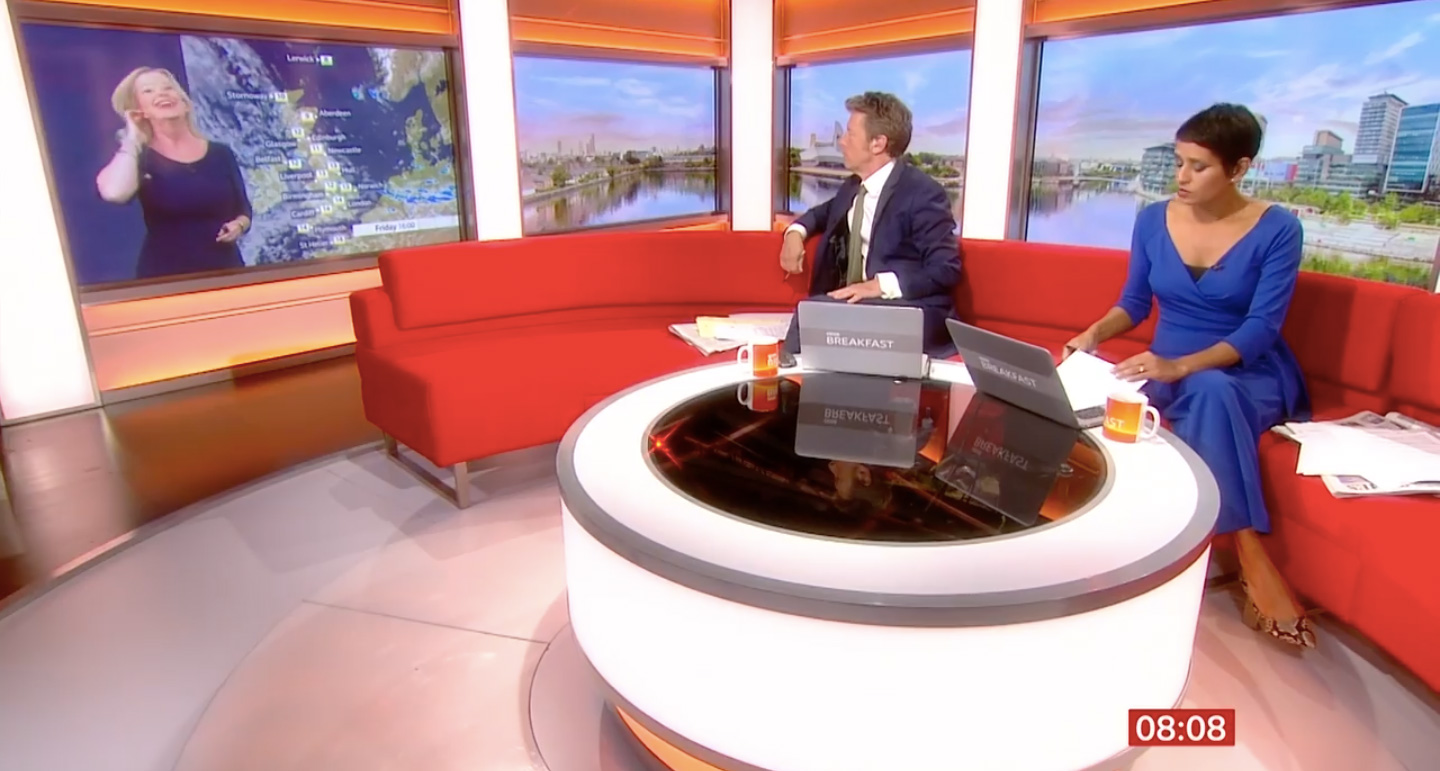