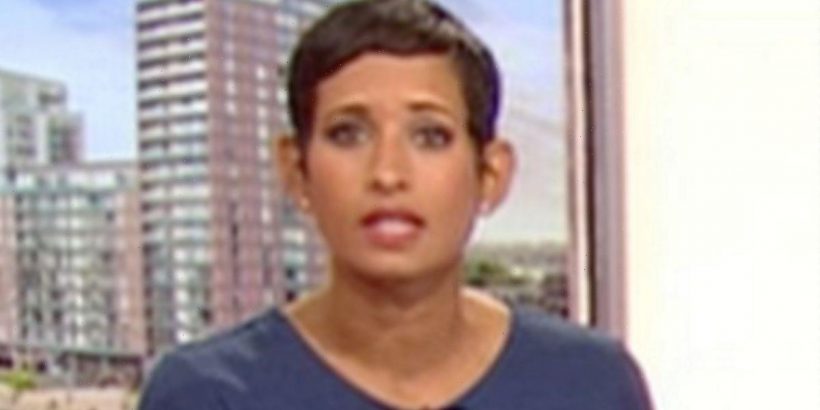 The pair were sitting down on the red sofa to discuss the issue of sustainable fashion in relation to clothing giant Boohoo.

Naga quickly paid Sean a compliment, admitting: "Always worth listening, because you do take us through things very, very well, if I may say so!"

"Thank you very much," Sean responded. "BBC Sounds – get it."

Naga couldn't help but share a giggle at the exchange, warning Charlie: "You'll have to be nicer to him than you have been today."

Turning to correspondent John Maguire, Naga continued the joke as she said: "Let's be nice to John Maguire in Plymouth!"

It comes shortly after Naga was accused of 'badgering' a guest during an intense radio interview.

Academic Sir David King appeared on Naga's BBC Radio 5 programme, and accused her of "badgering" him with her questions.

Discussing climate change on the show, David explained: "To buy time, we are looking at how we can rapidly re-freeze the artic and recreate ice over the artic sea during the polar summer."

Cutting him off abruptly Naga asked: "Can that be done this year?"

A taken aback David responded: "It won't be done this year, no, no."

Naga then asked: "When can it be done by?"

The academic responded: "I think we will be doing it in five years time, I mean Naga you're badgering me with these questions."

A stressed out Naga snapped: "Well no I'm not badgering, I'm scared actually. If I'm being honest, I'm scared.

"And I think parents are scared. You know I'm 46 there's a limited time I've got here but if I was the parent of someone 46 years younger, I would be scared and frustrated and angry that things can't be done."

The BBC Breakfast host added: "And I'm not badgering you, I'm genuinely curious."

BBC Breakfast airs from 6am every day on BBC One.