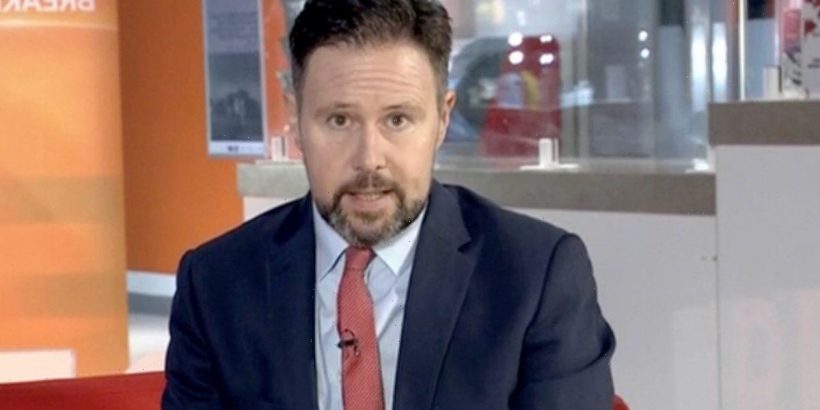 He normally hosts BBC Breakfast every week from Monday to Wednesday with his co-host Sally Nugent.

But Jon Kay was nowhere to be seen on Monday morning (November 7), which meant the BBC faced yet another presenter shake-up.

BBC viewers have grown used to tuning in to their favourite morning show and seeing Jon bright up their screens every day from 6am until 9.

But they were in for a big surprise at the start of this week as the jolly TV star had vanished from the studio and replaced by one of his co-stars.

Instead, Sally was joined by Ben Thompson, a stand-in presenter who often fills in for male hosts when they aren't available to anchor the programme.

The busy politics-filled programme saw the pair grill Conservative MP Grant Shapps, the Business Secretary, on the expletive-laden texts sent by Gavin Williamson to a colleague.

It is not yet clear why Jon had to be absent from the programme, but it comes after a week of presenter shake-ups at the end of October.

Sally was away from the sofa at the start of the week when Rishi Sunak became the new Prime Minister, which meant Victoria Fritz stood in for her.

Naga Munchetty also didn't appear for her usual Thursday to Sunday slots, where she normally hosts alongside Charlie Stayt.

And Jon himself was forced to miss one of his shows last Wednesday (November 2) after fronting the first two days of the week.

Ben had been drafted in to replace him then, so it seems November is shaping up to be a busy month for the relief presenter.

Kay used to be an additional presenter on Breakfast before it was announced in July he was replacing previous host Dan Walker.