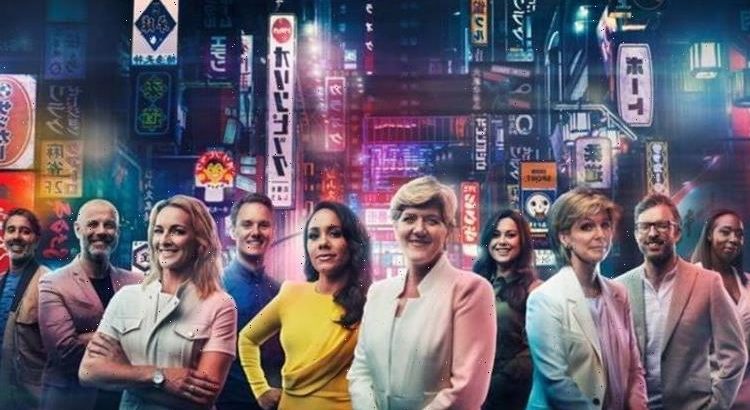 Coverage of the Olympics on BBC One raked in fewer figures on July 25 between 7.30pm and 9pm than Antiques Roadshow which aired in the same slot the week before. Viewing figures have revealed the Olympics only drew in 2.68 million while the Fiona Bruce fronted show had more than double the amount of viewers the weekend before.

Clare Balding and Alex Scott were just two of the BBC’s presenting team to front the network’s coverage over the past fortnight as they, along with the likes of Hazel Irvine, covered one of Team GB’s best-ever medal hauls.

On day two of the games, Team GB’s Chelsie Giles won bronze in the judo, while Adam Peaty coasted into the 100 metre breaststroke final.

However as the BBC celebrated these triumphs, only an audience of 2.68 million tuned in to watch the highlights.

Nearly 1.5 million people switched off the show rather than tuning into the highlights show.

However, Countryfile boasted a large audience of 4.1 million, which was aired on BBC One an hour before.

The BBC has previously been forced to defend itself over criticism of its coverage, which included the decision to show highlights of rugby seven matches, rather than the live match of Team GB’s women’s hockey.

As the corporation is only allowed to show two live sports at once during the Games after a large chunk of its broadcast rights were lost.

Fortunately, the BBC Sport did break records with the overall viewing figures for the Olympics.

BBC sports coverage of the Tokyo 2020 Olympics saw a record-breaking 104 million requests to watch the action online throughout the competition.

The number of online viewing requests for this year beat the 74.4m record which was set during the Olympics Games in Rio.

Alongside the 24/7 live streaming and on-demand content which was available on BBC iPlayer and the BBC Sport website, BBC One has more hours of coverage than the year before.

The Tokyo 2020 Olympics came to an end on Sunday after two weeks of non-stop sporting action. However, the BBC has faced humiliation as figures show that Antiques Roadshow received more views in the previous weekend. Approximately 2.68 million people watched the closing ceremony whilst a huge 4.78 million tuned in to the latest episode of Antiques Roadshow according to official figures.

A BBC spokesman said last night:  ‘Audiences have come to BBC Sport in huge numbers to follow all the action from Tokyo, with a record-breaking 82 million online viewing requests so far, plus over 35 million tuning in to watch on TV.’

Despite not having a large number of viewers tuning into the games live on TV or at Sunday evenings closing ceremony, some viewing records were broken throughout the 16-day sporting event.

The sport which gained the most views was the men’s 100m final, with 5m viewers tuning in to watch.

This was closely followed by the women’s 100m which racked up 4.5 m views. Meanwhile, 3.6m people joined to watch Max Whitlock defend his title and win gold in the Pommel Horse event.

The most requested moment which came from people watching online was Lauren Williams in the 67kg Taekwondo gold medal contest which received 2.5m requests.

As Charlotte Dujardin earned her fifth Olympic medal for Team GB with bronze, 2.4 million requests were made to watch it.

Barbara Slater, Director of BBC Sport says: “These Olympics have been nothing short of extraordinary and we’ve been right at the heart of the action, bringing the biggest and best moments of the Games to life for millions back in the UK.

“Delivering a record-breaking Games in the midst of a pandemic is a testament to the BBC Sport production teams in Salford as well as the power of sport in bringing people together. We’re incredibly proud to have shone a light on some of the most remarkable stories to come out of Tokyo 2020.”
Source: Read Full Article