Before she ascends to the throne in The Crown, Olivia Colman becomes the Mistress of the House in the first look at the BBC’s upcoming Les Misérables miniseries.

The Beeb is splashing out on a big-budget adaptation of Victor Hugo’s classic novel about class warfare in the streets of Paris, although without the songs made famous in the West End musical.

New photos show off the incredible cast for this version of Les Misérables, which includes The Mortal Instruments‘ Lily Collins as the doomed mother Fantine and David Oyelowo as the cruel police inspector Javert. 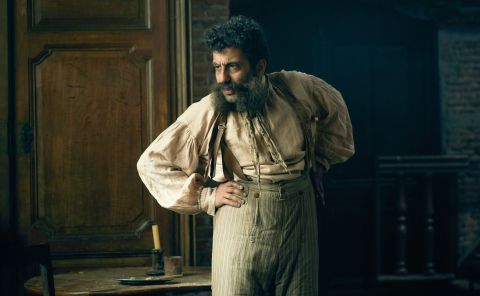 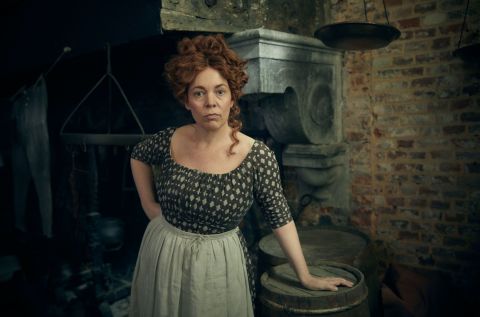 There’s also a sneak peek at Olivia Colman and BAFTA-winning Murdered by My Father star Adeel Akhtar as Madame and Monsieur Thénardier, the opportunist operators of a children’s boarding house.

When the action flashes forward in the series, the conflict between Javert and Jean Valjean (Dominic West) is set against a clash between the working class and the soldiers at the barricades. 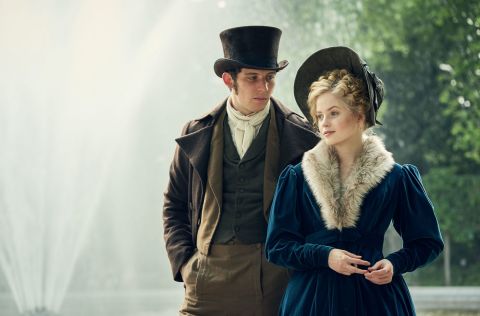 Leading the charge for the people are the brave Marius (The Crown‘s Josh O’Connor) and his love Cosette (The Nutcracker and the Four Realms star Ellie Bamber).

Hugo’s novel is being adapted into a six-part series for the BBC by House of Cards, War & Peace and Pride and Prejudice‘s Andrew Davies. The ambitious miniseries was filmed on location all throughout Belgium and Northern France. 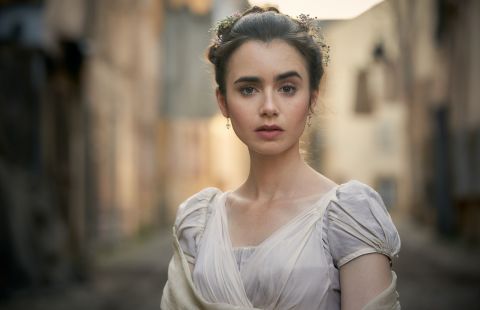 Les Misérables, which also features Solo: A Star Wars Story‘s Erin Kellyman and Raw‘s Jean-Louis Sbille, will be coming soon to the BBC in the UK.