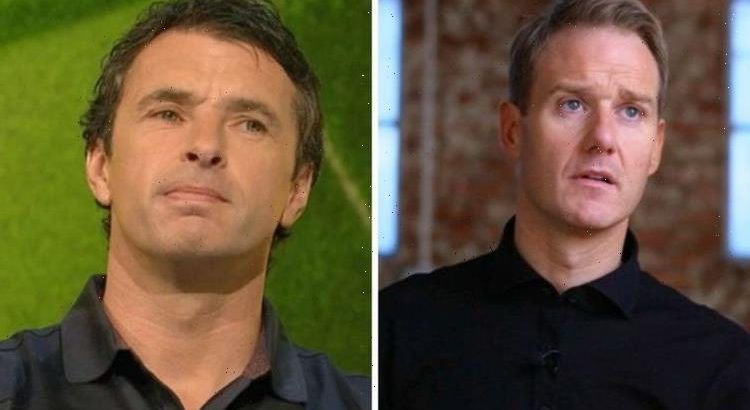 Dan Walker in tears as he remembers Gary Speed's death

BBC Breakfast presenter Dan Walker interviewed Gary on the BBC sports show the day before he was found dead by his wife on November 27, 2011. Ten years later, he provided a heartwarming memorial for the football legend on Football Focus, which left many viewers in tears.

Dan recalled learning of Gary’s death during a church service on Sunday morning.

He said he walked home feeling numb, and wondered if he could have done more to prevent Gary from taking his own life.

He said: “I just couldn’t fathom what had happened when you think about the day that I had with him the day before.

“Then you just go back over absolutely everything. You can’t help but wonder whether you could have done something. Or whether there was something you should have seen.”

The former Football Focus presenter was brought to tears at several moments during the tribute.

Several viewers and football fans also took to Twitter during the show, and penned their own emotional messages on the anniversary of Gary’s death.

“I couldn’t fight the tears,” they added. “Hats off to you sir.”

Darren Grist wrote: “Wow this is deep, so sad, I was in tears watching this but it really gets the message out there though, always in our thoughts Gary Speed.”

Dan’s tribute continued with a message to Gary’s family, especially his two boys Thomas and Edward.

He said: “Nobody who knows him will say that they have the answer to why he did what he did, but I know that his two boys felt that something happened that day that Gary felt, for whatever reason, that there was no other way out.”

“And that’s incredibly sad and distressing. Particularly for his family because his two boys absolutely adored him, and he loved them.

“But they miss him and nobody would have wished for them to go through what they have gone through.”

The BBC presenter also hoped attitudes around mental health had evolved amongst football fans in the last ten years.

He suggested Gary could still be here today if he had had someone to talk to on the night ten years ago.

Inspired by Dan’s message, many more fans tweeted in support of Gary and committed to being more open about their struggles.

“If there’s one thing you should do lads that’s speak about your mental health struggles. It was the most difficult but best choice I’ve ever made.”

Dan later tweeted he had been ‘in tears’ himself for most of the morning and thanked viewers for their responses before heading to prepare for tonight’s episode of Strictly.

Football Focus airs Saturdays at 12pm on BBC One.