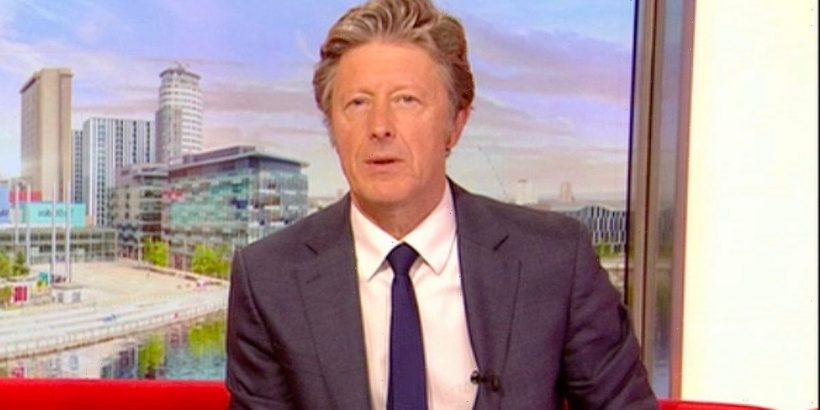 Charlie Stayt may be a familiar face to the UK public, but the BBC presenter has kept a relatively low profile over the years.

Avoiding social media, he has chosen to keep most of his personal life private, only opting to let BBC Breakfast viewers and co-presenter Naga Munchetty know some insights on his family life.

He has both an impressive career and home life, finding success on and off the camera.

Despite rumours over the years that the two may have split, it seems that Charlie and his wife remain happily married with nearly 30 years under their belts and having children together.

Who is Charlie Stayt married to?

Charlie married Anne Francis Brickell in 1995, with the pair still husband and wife to this day.

It seems as though their relationship is still going strong after 27 years of marriage.

Little is known about his wife, but it is reported that she is a manager at a global corporation.

Does Charlie Stayt have children?

Charlie and Anne have two children together, with the family of four living together in London.

His two children are Phoebe Senara, 24, and Jake Hamilton, 21, though they similarly keep away from the cameras.

Over the years, there were rumours that Charlie and his former co-host Susanna Reid were dating.

However, the allegations turned appeared to be baseless, as neither presenters commented on the situation.

Instead, it seems the two have a close friendship, with Susanna recently revealing he caused her addiction to candles.

During a conversation on Good Morning Britain, she admitted that she loves to “splurge” on them, adding: “I cannot get enough of candles.

“I’ve got an addiction after BBC Breakfast presenter Charlie Stayt bought me one.”

What is Charlie Stayt’s net worth?

Anne Francis Brickell’s net worth remains unknown, but according to Idolnetworth.com, Charlie is worth an estimated $2million (£1.65 million).

According to the BBC salary report, Charlie earns a whopping £190,000 a year for presenting BBC Breakfast, a shade higher than his former co-host Louise Minchin’s £185,000.

This isn’t as high as Dan Walker, who recently also left the BBC to join Channel 5, as it was revealed he was earning a massive £295,000.