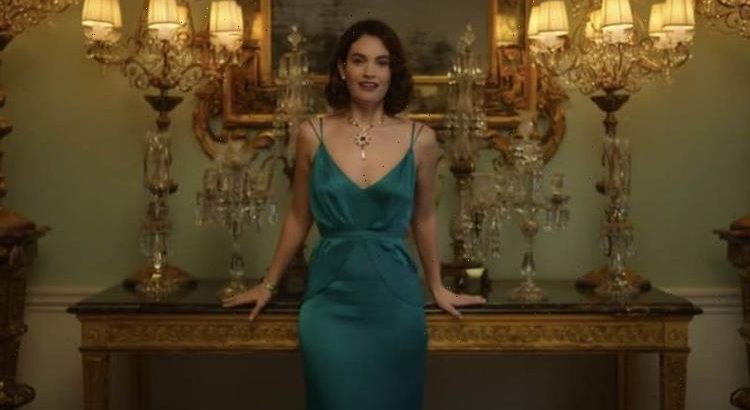 The Pursuit of Love: Lily James stars in BBC trailer

Published in 1945 it was an immediate bestseller with its sharp, flippant story of a debutante’s dodgy marriages and great love affair between the wars. But I’ve already spotted a cause for concern in the trailer. Lily James plays heroine Linda Radlett, with Emily Beecham as her cousin, the narrator Fanny Logan. To show what jolly good chums they are the girls appear to spend ages wallowing around in the bathtub and shrieking with laughter. No chance. In the book, Linda’s grim aristocratic home of Alconleigh is an icebox in spite of “a boiler that would have been too large for an Atlantic liner”.

Nobody would have spent longer in the tub than was strictly necessary.

The only warm place suitable for confiding girly secrets “was a disused linen cupboard at the top of the house, small, dark and intensely hot”.

This is where Fanny, Linda and the Radlett siblings congregate over the years for much shrieking and heart to hearts, feeding each other nuggets of misinformation about fascinating subjects such as adultery and how ducks copulate.

But I’ll be prepared to overlook this flaw if the airing cupboard makes a belated appearance.

Then there’s error number two. Linda’s lover, Fabrice de Sauveterre, a wealthy French duke, is played by Assaad Bouab, who is also the boss in Call My Agent.

He’s gorgeous but really is much too good looking to be Fabrice, who is one of those ugly French men who can nevertheless talk any woman into bed.

Nancy based Fabrice on (and dedicated the book to) Gaston Palewski, a notorious seducer of titled, married women despite his badly pitted skin.

One contemporary said: “The craters on his face seemed to be the imprints of the coronets on the pillows where he slept.” 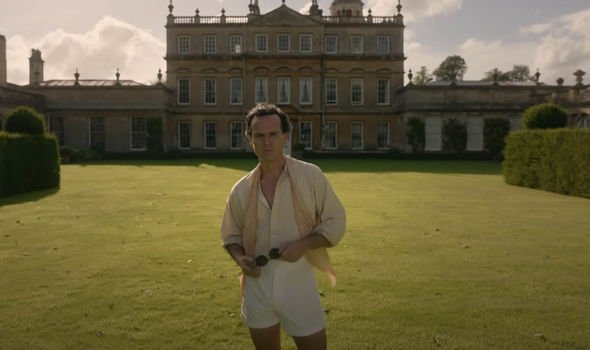 Another said that “going to bed with him was like being run over by an express train”. This was by way of a compliment.

Jessica Mitford used to say that her novelist sister Nancy had no imagination whatsoever and merely copied from real life. But when your own life is so extraordinary, why wouldn’t you?

In The Pursuit Of Love all the Radletts are madly envious of their cousin Fanny because she has wicked parents.

Her 19-year-old mother had “felt herself to be too beautiful” to be lumbered with baby Fanny so she left her husband and then left several more unsatisfactory spouses, earning herself the name of The Bolter, before settling on the Riviera with a raffish Major.

Bolter is played by Emily Mortimer who is in charge of this whole production – which gives me hope. I like everything she does.

When I first read this book as an adolescent I too was envious of people with wicked parents. My own were insufferably kindly and normal. But I was envious not just of Fanny but of all the Radlett children, their secret codes and languages, their unschooled rural life and their parents, who while not exactly wicked were pretty eccentric.

Matthew Radlett, Lord Alconleigh (played by Dominic West) is a fabulous character in a dressing gown, alternately soppy and tyrannical, branding anyone he disapproves of as a “sewer”, and proud possessor of a mysterious “entrenching tool” with which he “whacked to death eight Germans” in the First World War. 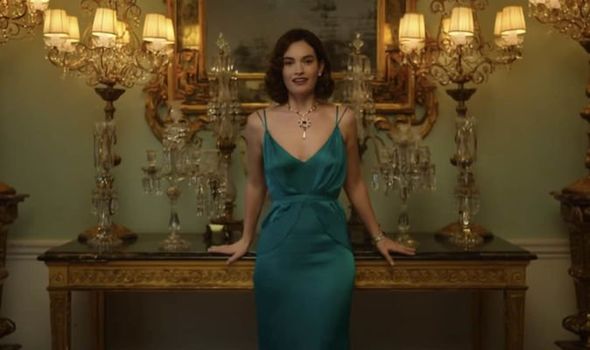 You think the Dowager Countess Grantham in Downton Abbey was the first to raise an Edwardian eyebrow at the concept of a “weekend”? Wrong.

Lord Alconleigh despises it with true patrician contempt as he despises all those words later identified in Nancy Mitford’s famous list of U and Non-U words.

The Radlett children are a mash-up of the Mitford siblings who have fascinated and appalled for their wit, their politics and their snobbery.

They knew everyone and were related to anyone who was anyone. All the movers and shakers of the 20th century seem to have been at a party with Nancy at some time or other.

The Mitford girls are as follows: Novelist Nancy, Deborah (married the Duke of Devonshire), Unity (infatuated with Hitler), Diana (the raving beauty/ fascist who married Oswald Mosley), Jessica (who married a couple of Communists and lived in New York) and the other one, Pamela, who led a comparatively quiet life.

There was also a brother, Tom, who had himself posted to Burma (where he died) during the Second World War because he didn’t want to kill Germans. 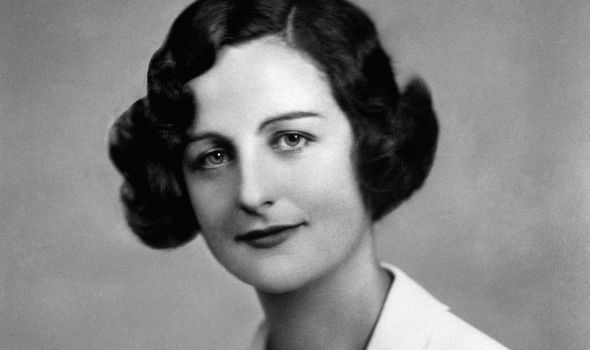 It’s the Roaring Twenties, the age of the Bright Young Things, and Linda is a dazzling debutante.

There are balls and tiaras and tulle frocks. And here’s Lord Merlin (played by Fleabag’s “hot priest” Andrew Scott) who dyes his doves beautiful colours and beneath the playful, decadent exterior is a wonderful friend.

He’s based on the composer Lord Berners who was quite as delightfully bonkers and clever as Merlin.

And while, as a debutante, Linda should be on the lookout for a suitable husband with a title, what she is really looking for is love, the sort of love which will sweep her away, make her insides melt and change her life.

Each time I read this book (and I’ve read it many times) I revel in the jokes and the exuberance of these witty, brittle poshos.

Then I’m always taken by surprise as we travel into the 1930s and the mood turns darker and quieter. Linda marries the wrong people, twice.

She can’t stand her daughter which to us with our modern fetishisation of childhood is one of the most shocking aspects of the book.

And then, stranded in Paris at the Gare du Nord with only six and threepence in the pocket of her mink coat she sits on her suitcase and cries. 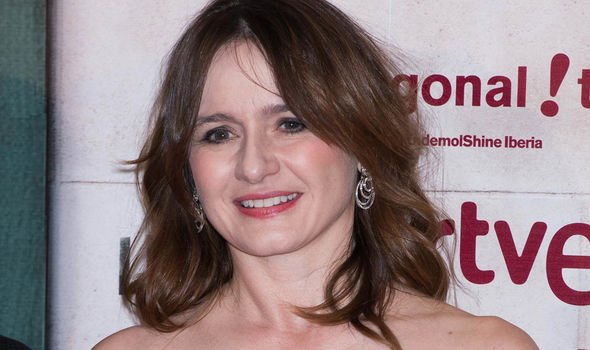 Enter Fabrice who simply picks her up and puts her in a taxi.

He is the one. “Linda was now looking on the authentic face of love, and she knew it, but it frightened her”.

In the book the outcome of Linda and Fabrice’s affair is poignant enough but no spoilers here.

In real life Gaston, a war hero of Polish-Jewish decent, became one of the most important politicians in post-war France. He had numerous liaisons, an illegitimate son, and married a dull French duchess when he was nearly 70.

Throughout his decades-long affair with Nancy he caused her both immense pain and joy – she wrote of “the horror of love”.

But on balance she obviously thought it was all worth it. He was holding her hand when she died of cancer in 1973.

I once sat on my bag and cried in the Gard du Nord.

I’d come to Paris for the day to interview the singer Charles Aznavour and a big American woman had accidentally knocked me over with her enormous suitcase and sent me flying. I had a bloody knee and grazed hands and wept a little from shock.

I’m just like Linda, I suddenly thought, which cheered me up tremendously. But no charming French aristocrat scooped me up and made me his mistress. I had to hobble off and find my own taxi.

The Pursuit Of Love, BBC One, 9pm, tonight 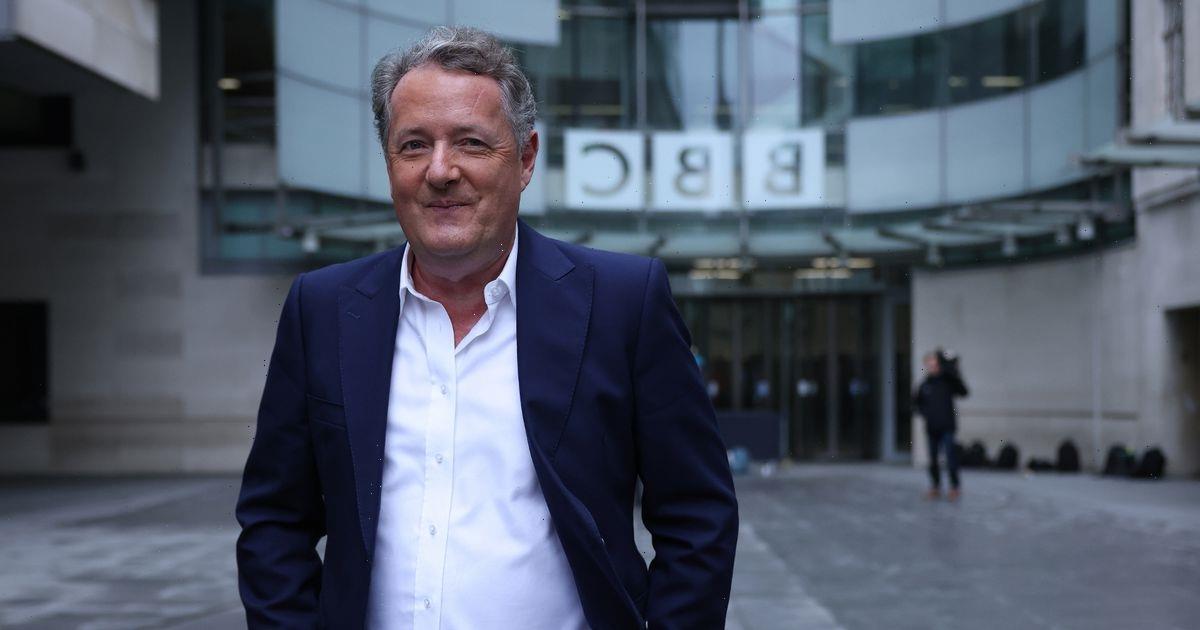