The presenter had to tell guest Biba Tanya to "calm down" during the heated debate about whether children should be vaccinated. After a cordial start to the debate, the mum-of-three then began getting increasingly angry at the TV doctor's pro-vaccine stance.

They clashed over whether there was evidence to confirm that the MMR vaccine is safe, with another guest Catherine Cooper also falling on the doc's side.

An angry Biba began shouting in Dr Hilary's face, leading Ben to interrupt her. He told her to "calm down" and insisted, "you will get your point across better".

However, it wasn't long before she was raising her voice again and the interview was abruptly ended, with Ben and co-host Kate Garraway seen attempting to stifle awkward laughs. 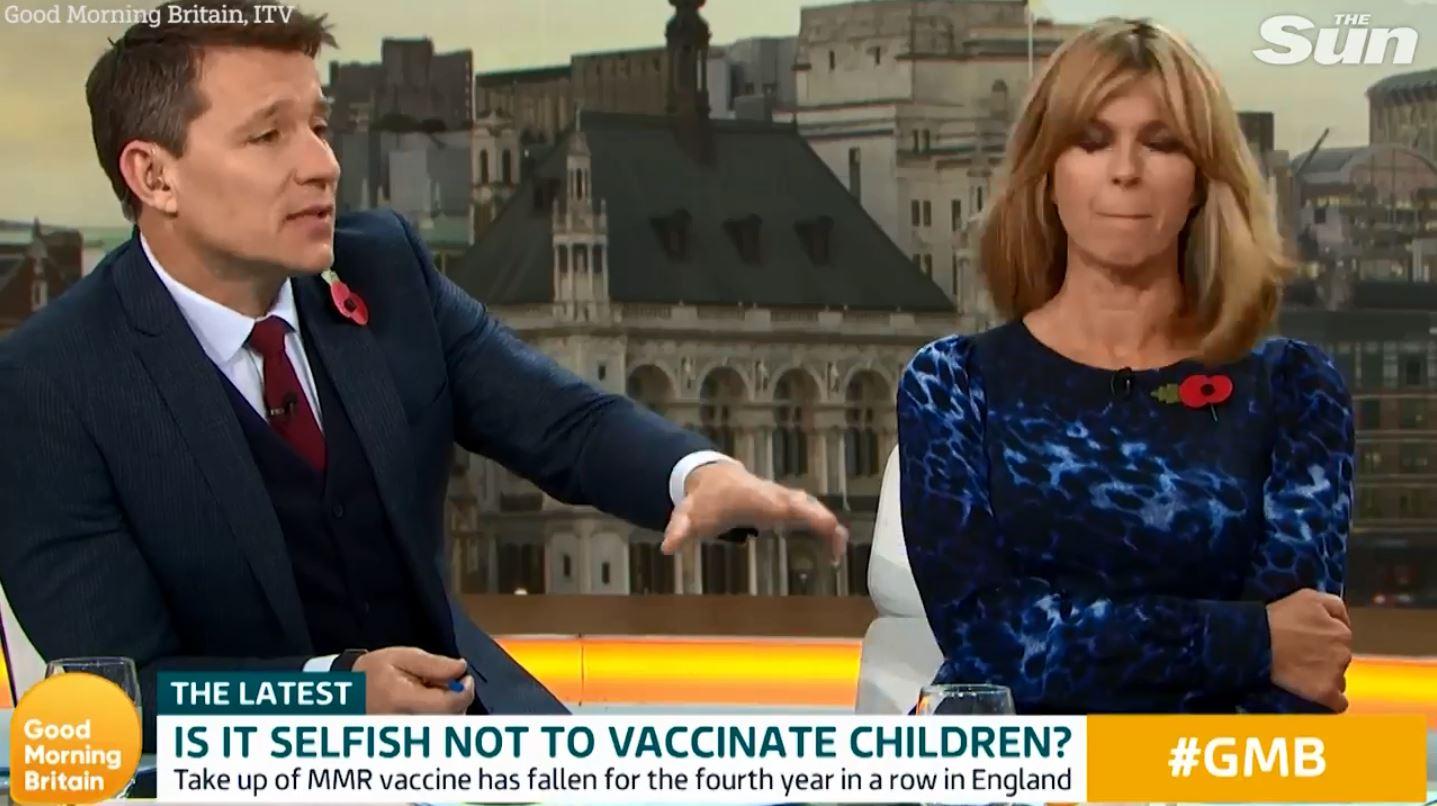 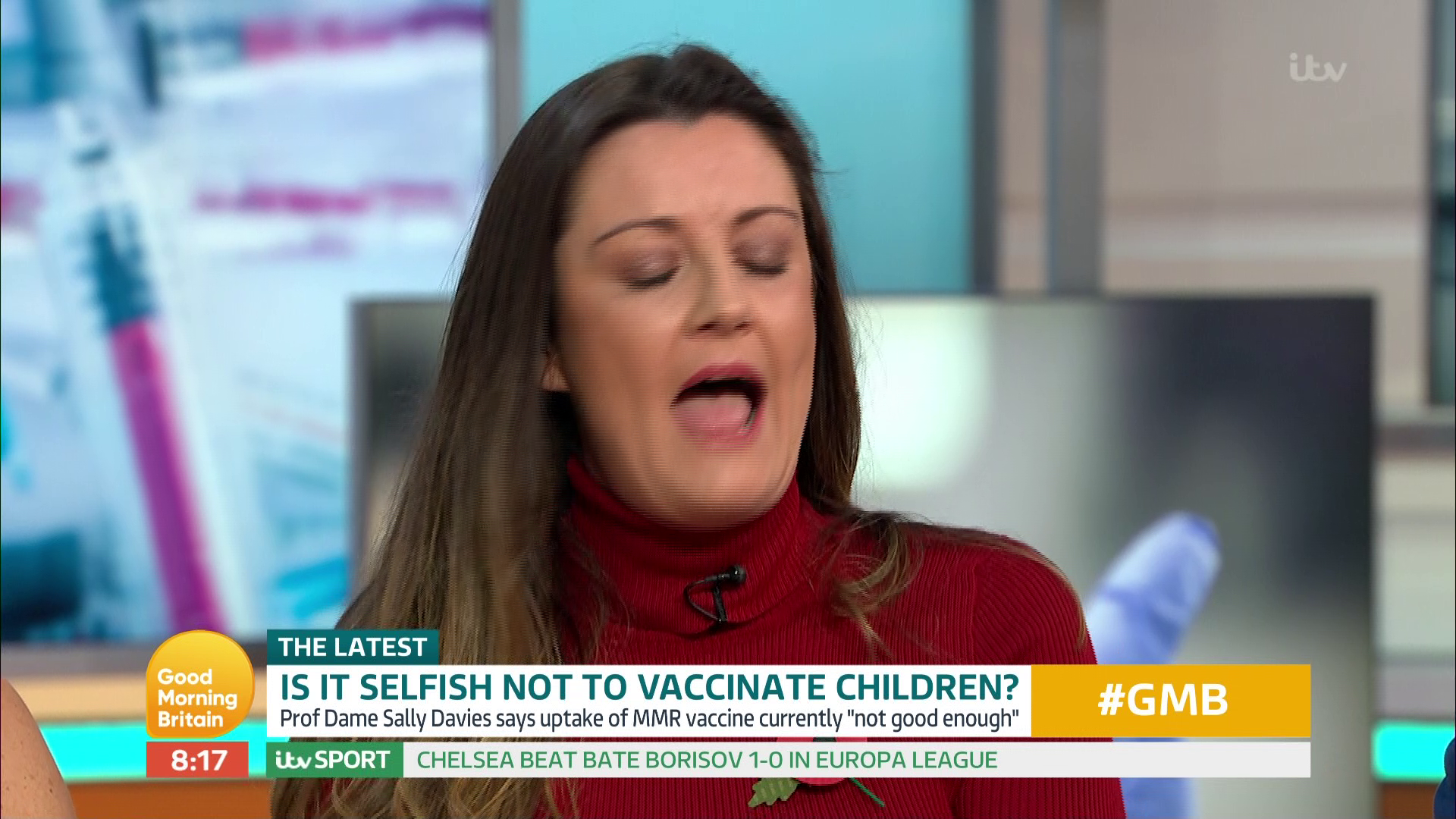 Those watching at home were shocked at the lady's debating style, and revealed they sympathised with Dr Hilary.

Alongside a video meme of a pillow fight, one wrote: "We all felt like Hilary there."

Another commented: "Too early for that shouty woman! How aggressive was she to the other poor lady?!"

A third shared: "Poor @DrHilaryJones stuck next to Biba, what an absolute storm cup she was."

Experts say drop in MMR vaccine is putting kids at risk – but what is MMR?

Anti-vaxxers are putting us all at risk

New figures released in September showed that the number of kids being vaccinated against deadly diseases like meningitis and measles has dropped.

Rates for some jabs are now so low in the UK that Britain no longer has what is known as "herd immunity", meaning that the general population is now at risk.

“It is one of the safest and most cost-effective methods we have to prevent the spread of disease.

“We need to redouble efforts to ensure that vaccination rates improve.”

Prof Jonathan Ball, from the University of Nottingham, said: “The decline in vaccine uptake is worrying – particularly as many of these infections can cause serious disease and even death.

“It is really important to try to understand why people are not getting their children vaccinated so that measures can be put in place to overcome these barriers."

What is the MMR vaccine?

It's a generally harmless jab that protects against single measles, mumps and rubella.

It's usually administered to babies at one year and again when they're around 3-years-old.

Kids can develop a rash, high temperature, loss of appetite and a general feeling of being unwell for about two or three days.

Three to four weeks after having the MMR injection, one in 50 children develop a mild form of mumps, which includes swelling of the glands in the cheek, neck or under the jaw, and lasts for a day or two.

One to three weeks after receiving the rubella vaccine component of MMR vaccine, some adult women experience painful, stiff or swollen joints, which can last for around three days.

But the side effects are nothing compared to the actual diseases

Measles can cause severe complications such as miscarriage in pregnant women, brain swelling and the risk of death from pneumonia.

Kids who get it will have a fever, flu-like symptoms, conjunctivitis and tiny white spots.

As many as one out of every 20 kids with measles gets pneumonia, which is the most common form the disease in young children. 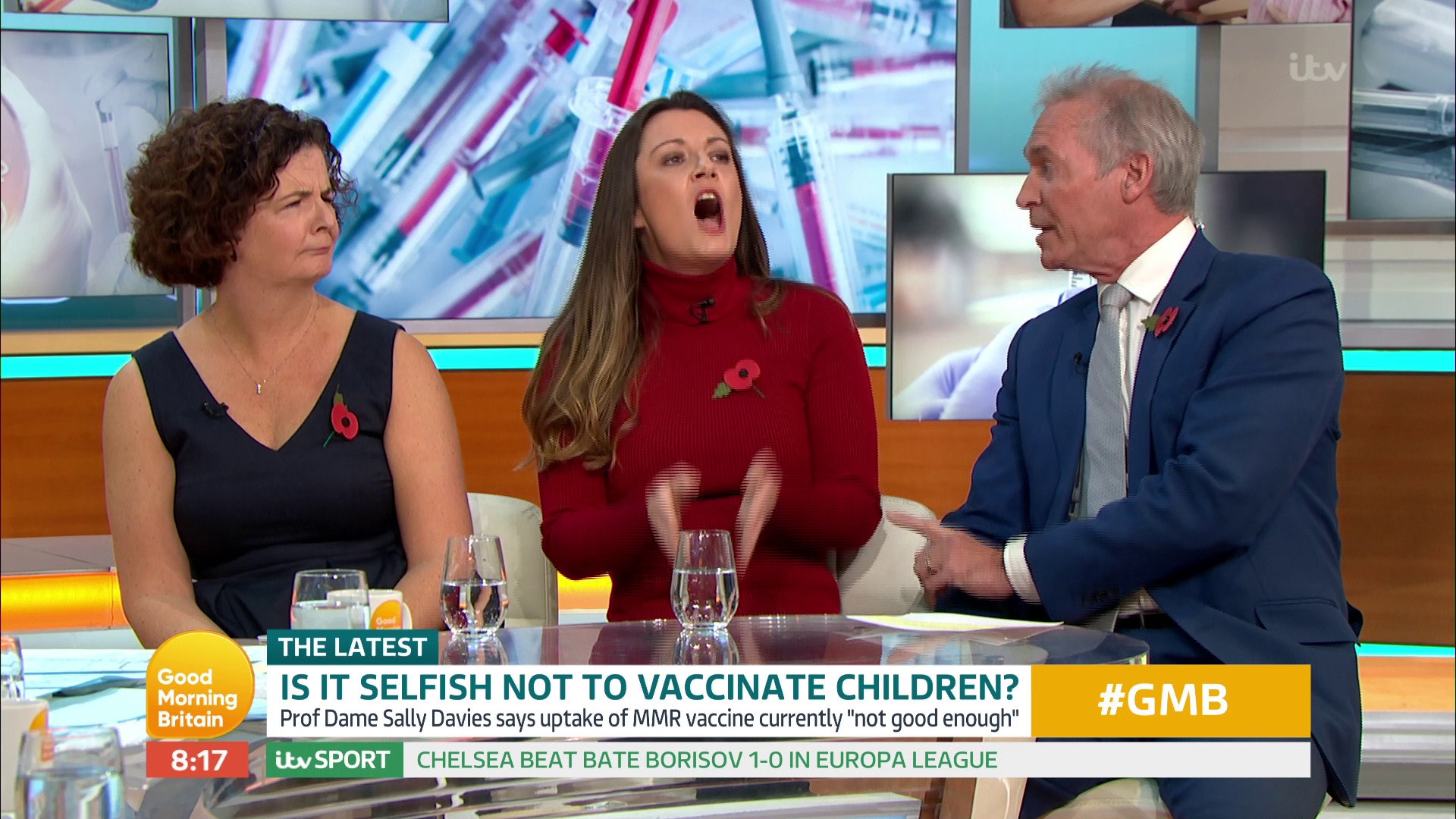 It comes days after Good Morning Britain fans were delighted as Piers Morgan's son Spencer made a surprise appearance on the show. 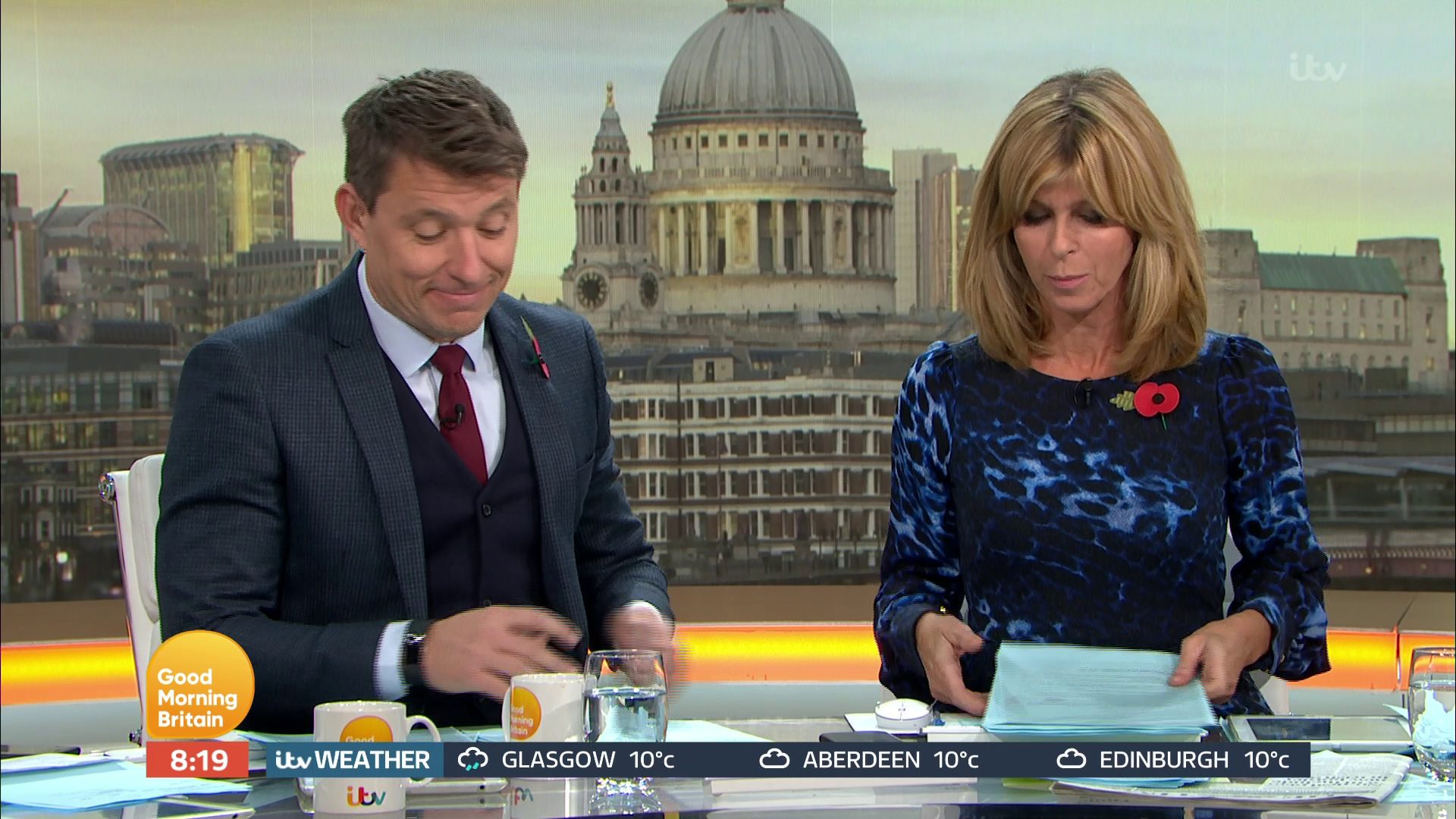 During an interview with the Draco Malfoy actor, the 53-year-old presenter – who has two other sons Stanley, 21, and Albert, 17, as well as a six-year-old daughter Elise – introduced his 25-year-old son.

Piers said: "He has never wanted to see me in action on this programme in his life. Has no interest in anything I've ever done in my life.

"But he has a Harry Potter tattoo, Spencer. And he has come in today at this ungodly hour just because he has heard you're on the show."

As the camera panned over to Spencer – who is from Piers' first marriage to Marion Shalloe – his famous father asked his son to show off the tattoo on his arm.