Ben, 45, was joined by Charlotte Hawkins, 45, to host Good Morning Britain on Wednesday, with Laura Tobin, 38, on hand to deliver the latest weather report and Richard Arnold, 50, informing his colleagues on updates from the Showbiz world. Unfortunately, it was the forecaster who suffered somewhat of a disastrous morning as she was at the centre of a technical blunder and was called a completely different name by the Tipping Point presenter. Therefore the mix-up was just another moment which left the ITV team having a good old laugh.

Before 7am on Wednesday morning, Ben and Charlotte had been discussing the day’s headlines before handing over to Laura for the weather.

The forecaster said about three words but after she muttered them, it seemed she had realised she came in too early.

Being cut-off, the meteorologist’s segment was replaced by an advertisement which usually plays out before her report.

Just before the second hour of the show began, the second blunder occurred when the main host tried to give his colleague the reins once again.

Following the Showbiz report which discussed Hamilton being made available to stream on DisneyPlus, Ben said: “Good weather I think for streaming Hamilton this evening, Charlotte, um Laura.” 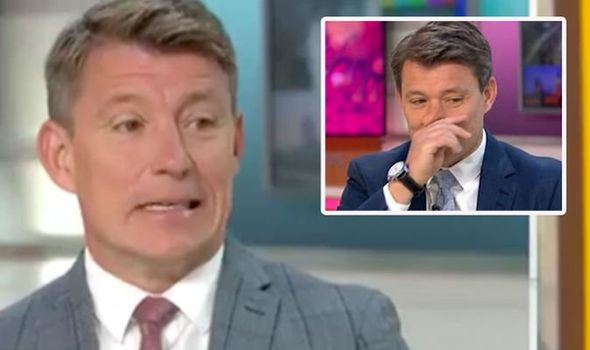 “Whatever your name is!” he continued and after the advertisement for the weather report played out, Laura commented on the mix-up.

The weather presenter commented: “You were either thinking of my little Charlotte or that big Charlotte.

Hitting back at Ben, she then remarked: “Thank you for another tenuous segway into the weather Ben,” before carrying on with her segment.