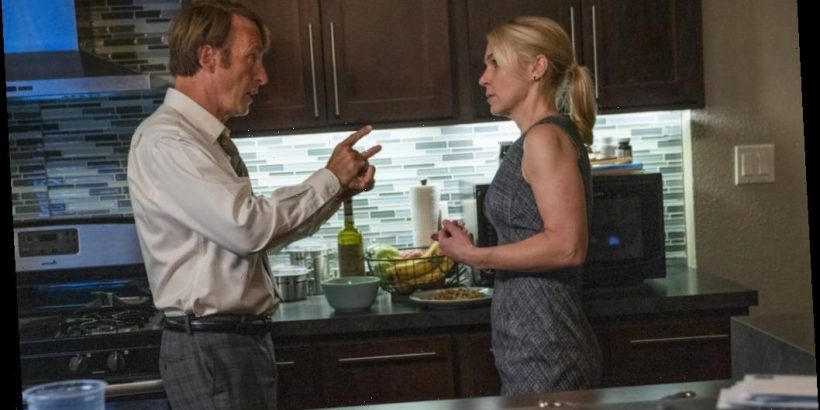 It’s been almost a year since fans got to catch up with Saul Goodman, Kim Wexler, Lalo Salamanca, and the rest of the group on Better Call Saul. The series is technically a spinoff prequel of the AMC hit Breaking Bad, but over the past five seasons it’s become just as popular as the original. Fans are fascinated by the story of how Jimmy became Saul.

Fans love watching the Emmy-nominated series Better Call Saul on Netflix as part of their subscription. But, as of right now, only the first four seasons are available for viewing.

Many viewers are anticipating watching Better Call Saul Season 5 on Netflix. The good news? That wait is almost over.

After pandemic-related production delays and some clever solutions for getting to work despite shutdowns in Hollywood, Better Call Saul is finally filming again in Albuquerque.

The writers hashed out the next part of the script via Zoom calls in 2020, and now in 2021, they’re finally live and in-person to shoot the conclusion of the series. Showrunner Peter Gould already confirmed season 6 will be the last for the show.

No one knows if Walter White and Jesse Pinkman will make an appearance, if Lalo will take revenge on Nacho, or if Kim will go con artist and destroy her former boss, Howard Hamlin. But because of what’s already happened on Breaking Bad, fans do know that Jimmy McGill will quit fighting his worst instincts to embrace a life of criminality for cash.

There’s no formal premiere date for season 6 of Better Call Saul. But, according to what we know, it’s expected to release in the beginning months of 2022.

Binge-watching season 5 of Better Call Saul is basically mandatory for any true fan before season 6 begins. It’s also helpful to remind everyone of the details they may have forgotten during the close to two years since the season 5 finale. But when will those episodes head to Netflix?

As of April 2021, the first four seasons of Better Call Saul are available to watch on Netflix. Based on what’s happened in the past, fans can expect season 5 to drop on the streaming platform in the weeks leading up to the season 6 premiere. For example, Better Call Saul Season 4 dropped on Netflix about 2 weeks prior to the February 2020 season 5 premiere.

So, season 5 should be available in the early months of 2022. And that will be here before you know it.

The sixth and final season of Better Call Saul sounds like it will be worth the long wait. Fans will find out what happens to all the characters they’ve fallen in love with who aren’t featured in Breaking Bad, plus they’ll discover Jimmy’s ultimate fate after Walter White is dead thanks to flash-forward scenes with Gene Takovic.

“I can’t wait for the fireworks, really,” Odenkirk told Deadline about the final season. “Our show is a bit of a slow burn over the past few years, and [Gilligan and Gould] build up. There’s certainly exciting moments throughout, but towards the end, it gets super supremely intense.”