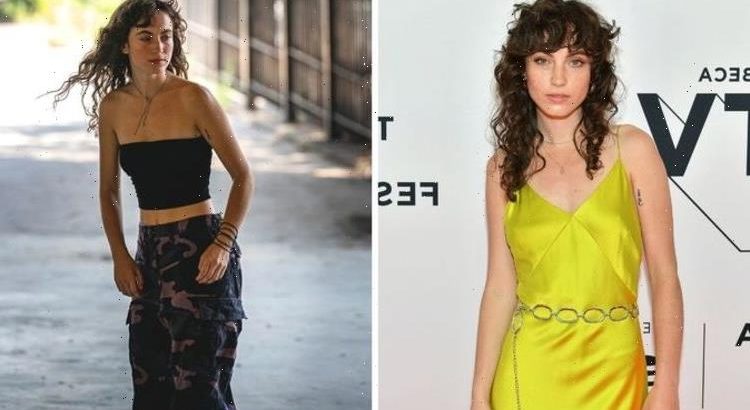 Actress Katerina Tannenbaum portrayed Nacho Varga’s (played by Michael Mando) junkie girlfriend on the hit AMC Better Call Saul. The actress joined the cast of HBO’s skateboarder comedy, Betty, in 2020, however, it was recently announced the series would not be renewed for a third instalment.

After the release of her critically acclaimed 2018 film Skate Kitchen, Crystal Moselle was inspired and created Betty.

The teen comedy followed the lives of a diverse close-knit group of girl skateboarders as they tried to make their mark in the male-dominated sport.

Confirming its cancellation, HBO released a statement and explained “We will not be moving forward with a third season of Betty,” they added, “We are very grateful for the collaboration with Crystal and our incredible cast – their fearless exploration of the world of New York City’s skate culture will remain a beautiful emblem of friendship and community.”

After releasing six episodes in season one, a second series was ordered by the network a month later.

Fans were excited at the announcement of season two and before the news of its cancellation, Mosella shared her plans for a third instalment.

Speaking to Collider in July, the filmmaker revealed she had tons of ideas for the show and when she was asked about the future of the series she shared: “I’m the type of person who just keeps moving forward.”

Mosella added: “I don’t really worry about it. I’m just like, ‘Do you wanna do season two? Let’s do it.’”

Although the show was highly praised and rated a fresh score of 98% by Rotten Tomatoes, a potential reason behind its cancellation could be viewership.

Unfortunately, a third season wasn’t to be as the second season’s viewership had dramatically decreased.

According to tvseriesfinale.com, it was down by 50% in the demo and down by 31% in viewership in the live same-day ratings, compared to season one.

Despite the cliffhangers, fans won’t be finding out the fate of the main cast – which included Dede Lovelace as Janay, Kabrina Adams as Honeybear, Nina Moran as Kirt, Ajani Russell as Indigo and Rachelle Vinberg as Camilla.

In the series, Katerina played Ash, Honeybear’s love interest and their romance was left hanging in the balance after she suggested bringing a third party into their relationship.

Although there’s no announcement of the actress’s next move, if it’s anything like 2020, she will surely be busy.

Away from Betty, Katerina also starred in Netflix’s AJ and the Queen, a comedy-drama production led by Ru Paul.

In the same year, she starred as Casey in the romantic road trip film Love-40.

Better Call Saul is set to be returning to AMC for its sixth and final season – which is expected to air in early 2022.

Katerina could be reprising her role as Amber in the hit Vince Gilligan’s hit AMC prequel series, as her character was still alive by the season finale.

Perhaps season six could see her stand up to Nacho and call him out as she was one of his many girlfriends in the series.

Express.co.uk will be updated with more information about the release.

Better Call Saul seasons 1-5 are available to stream on AMC.