Big Brother fans are up in arms again, this time claiming that producers are looking for ways to keep housemate Lewis Flanagan in the contest.

Twitter has been full of discussion about Lewis’ antics this series, but there was a collective eyebrow raise from some viewers when Big Brother announced that this week’s eviction could be vote to SAVE as opposed to EVICT.

And some fans were firmly of the opinion that this was with a view to helping Lewis’ chances.

A debate on the Digital Spy forum is also raging over the subject, with plenty of unhappy campers sharing their thoughts and theories.

One user wrote: “Vote to save means that no matter how many times Lewis is put up for eviction he’ll never be evicted. It guarantees him a place in the final.The producers must think Groundhog Day makes electrifying viewing,” whilst another shared: “The producers want Lewis to stay.” 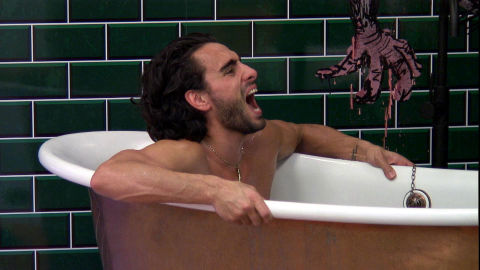 The posts continued to roll in from impassioned viewers, as another suggested: “[They’re] being so obvious with this new poll on either having Vote to Save or Vote to Evict the minute they know Lewis is in serious danger of going so ridiculous!”

Digital Spy has contacted Big Brother for comment on the claims.

Meanwhile, Strictly Come Dancing has also come under fire from some fans, with accusations that the judges can be unfair in their scoring.

However, Craig Revel Horwood is having none of it, as he recently responded: “I can assure everyone we have never fixed anything in our lives. Our scores are honest reflections of what we see in front of us.”