After Friday night’s big reveal of drama for the Big Brother housemates including a Gamechanger, an ‘Absolute Power’ auction and a double eviction, the scene was set with another twist as they played a Piggy Bank Robbery game.

Most of Sunday night’s highlights show was taken up with the game, where housemates chose numbered bags full of tokens which they then had to place in their fellow contestants’ piggy banks – manipulating their overall Big Coin totals.

It might not sound like a big deal until you learn that the housemates were about to bid their Big Coins on a mystery box – which, unknown to them when the auction started, will give one housemate the ability to immediately put another housemate of their choice up for eviction. 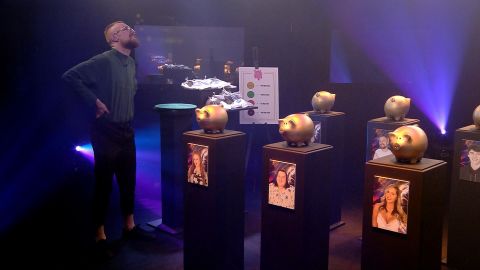 The idea of bidding on a mystery box didn’t go down very well with all the housemates. Cameron had absolutely no time for it, calling game players “fake” and saying he’d find it difficult to talk to anyone who bid on the box and used whatever was in it, if meant something bad for the house or housemates.

Viewers seemed to have very little time for it:

Anyway, back to the task at hand. Housemates pulled numbered pigtails (yes, really!) out of a box to determine the order they would take part in the Piggy Bank Robbery game in.

Each housemate was given a bag with a random selection of green tokens (+50 Big Coins) or red tokens (-50 Big Coins) to use as they wished. Big Brother also explained that there was a golden windfall token (+500 Big Coins) and a bank breaker (-500 Big Coins) in play. 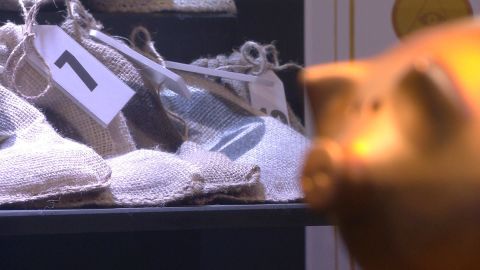 One by one, the housemates allocated their tokens, and they were allowed to discuss who they’d given their coins to in the garden after they’d played.

Brooke ended up with the bank breaker, which she gave to Tomasz. She felt it was “less mean” as he’d been gifted coins by Isaac and Anamelia, whereas others players who were near the top of the Big Coin leaderboard had earned most of their coins in tasks.

Hussain chose the bag containing the golden windfall, mulling over whether to give it to Tomasz or Isabella.

In the end, he chose Isabella, saying: “I feel as though if it does come to some kind of decision involved… she will hopefully take my side. Do not disobey your king!”

Speaking of Isabella, Big Brother had a twist for her. Her bag contained a previously-undeclared blue ‘secret steal’ token, which gave her the power to nick the contents of someone else’s piggy bank.

However, she wouldn’t be allowed to tell anyone about the existence of this token…. which absolutely wouldn’t cause any problems or drama later, would it, Big Brother? She chose to steal Akeem’s piggy bank.

Meanwhile, in the garden, housemates were quite openly discussing who’d given what coins to who. Brooke even admitted to Tomasz that she’d used her bank breaker on him, which he was pretty upset about even after she’d shared her guilt at doing so.

“Tomasz, I know you don’t want to hear it, but I’m sorry… ” she said. “There was no anger there, I had to give it to someone, and you were in the top three.”

“Because it came from you, it was really sad,” he replied.

But as Big Brother started telling the housemates their result – remember, most of them don’t know about the ‘secret steal’ token – they start to establish that something’s not adding up quite literally when Akeem discovers that he’s got a piggy bank with exactly 0 Big Coins in it, despite others telling him how they’d used their tokens on his balance.

“Someone’s f**king lying through their teeth,” said Cameron, who’d been hugely vocal about the mystery box auction earlier in the show. “There’s literally a snake in the grass.”

Isabella, on learning that Akeem’s piggy bank had a minus balance, said: “Well, f**k me, that was stupid of me really.”

And she was reminded that the secret steal token has to remain secret during her time in the house – despite a suspicious Lewis hounding her over what was really going on.

“Just know, everything one day will all make sense,” she told him.

And Tomasz was still lamenting having his Big Coin balance wiped out, even if some viewers were glad to see him get his comeuppance:

“It doesn’t even matter about the Big Coins, it just matters that my friends backstabbed me,” he said in the Diary Room.

And the drama wasn’t over, as the mystery box auction soon followed. Housemates aren’t aware at this stage that it contains the Absolute Power nomination where one housemate can put any other up for the eviction vote. The nominated housemate won’t be able to play the Gamechanger, or save themselves from nomination. 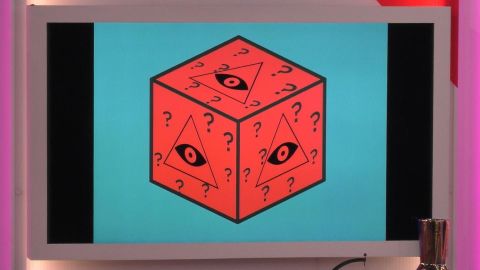 Tomasz couldn’t bid, because he had no Big Coins after getting cleaned out. But one by one, the other housemates were called in to bid silently, under threat of punishment for the entire house if they discussed their decision with anyone else.

Cameron, who was still having difficulty getting on board with the whole ‘gameplaying’ thing, made a protest bid.

“Do I sell my soul… this is f**ked up, absolutely f***ked up,” he complained, pointedly bidding 0 coins. Lewis (who said he didn’t care) and Sian (who was a bit concerned about what the box would actually grant its winner) also refused to bid.

A delighted Hussain won the Absolute Power nomination, which will be revealed to him by Big Brother tomorrow – and it looks like we’ll find out who’s guaranteed to face the public vote on Monday night’s show.

Big Brother airs every night except Saturday on Channel 5.