Instead of the standard selfie from above, celebrities are championing a whole new camera angle to capture their most glamorous bikini snaps.

From Bella Hadid to Rita Ora and Montana Brown, the stars are spicing up their Instagram feeds with the sexy trend of shooting from a low angle.

Bella showed off her incredible figure as she posed in a green bikini on a sunlounger earlier this week.

With the camera positioned by her feet, the 23-year-old catwalk star sat cross-legged before twisting her body away from the lens. 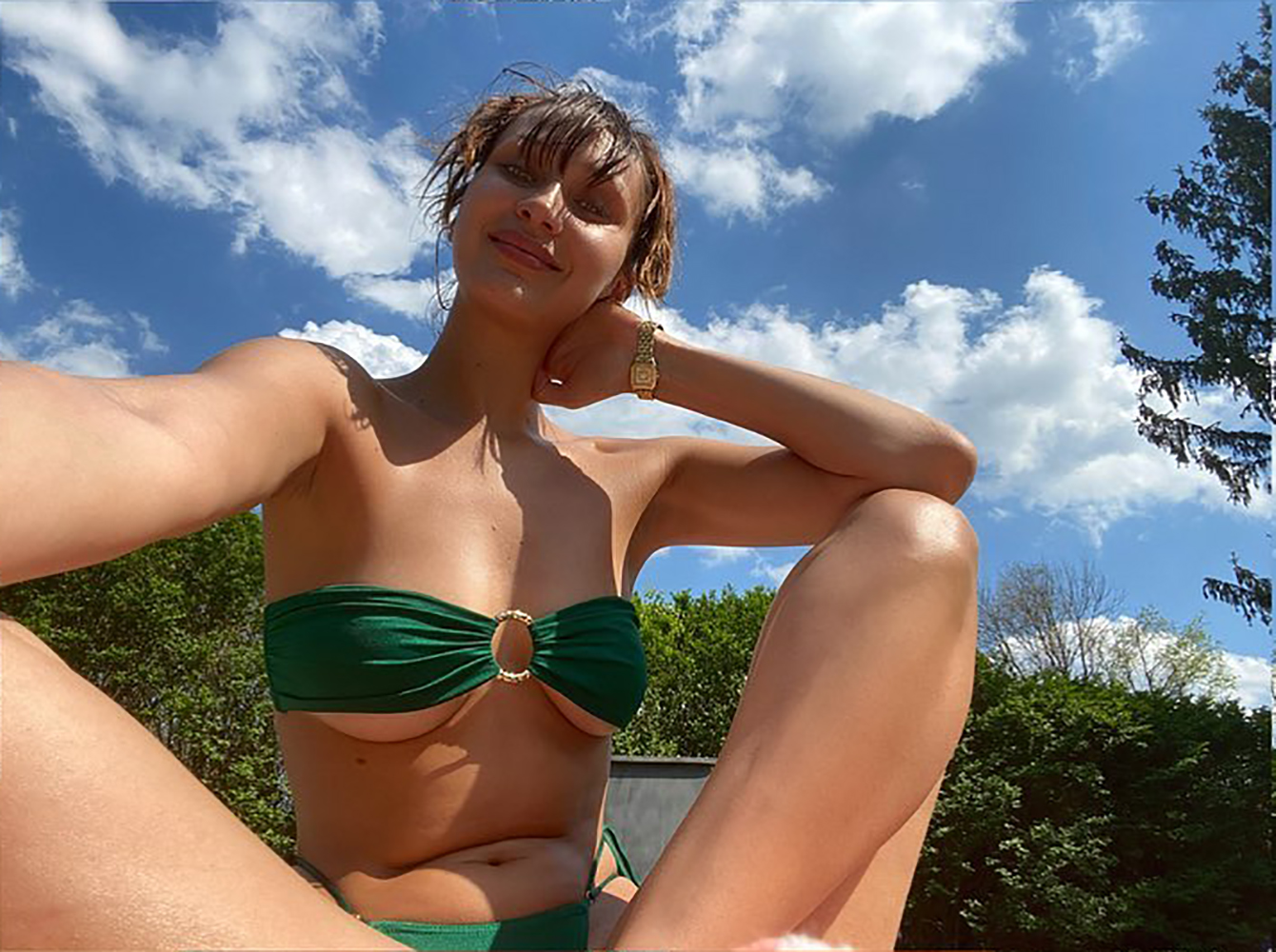 Singer Rita caught onto the new craze earlier this week, as she shared several snaps of herself in a bikini from below.

She captioned them: "Me: hey what you reading? You: ffs." 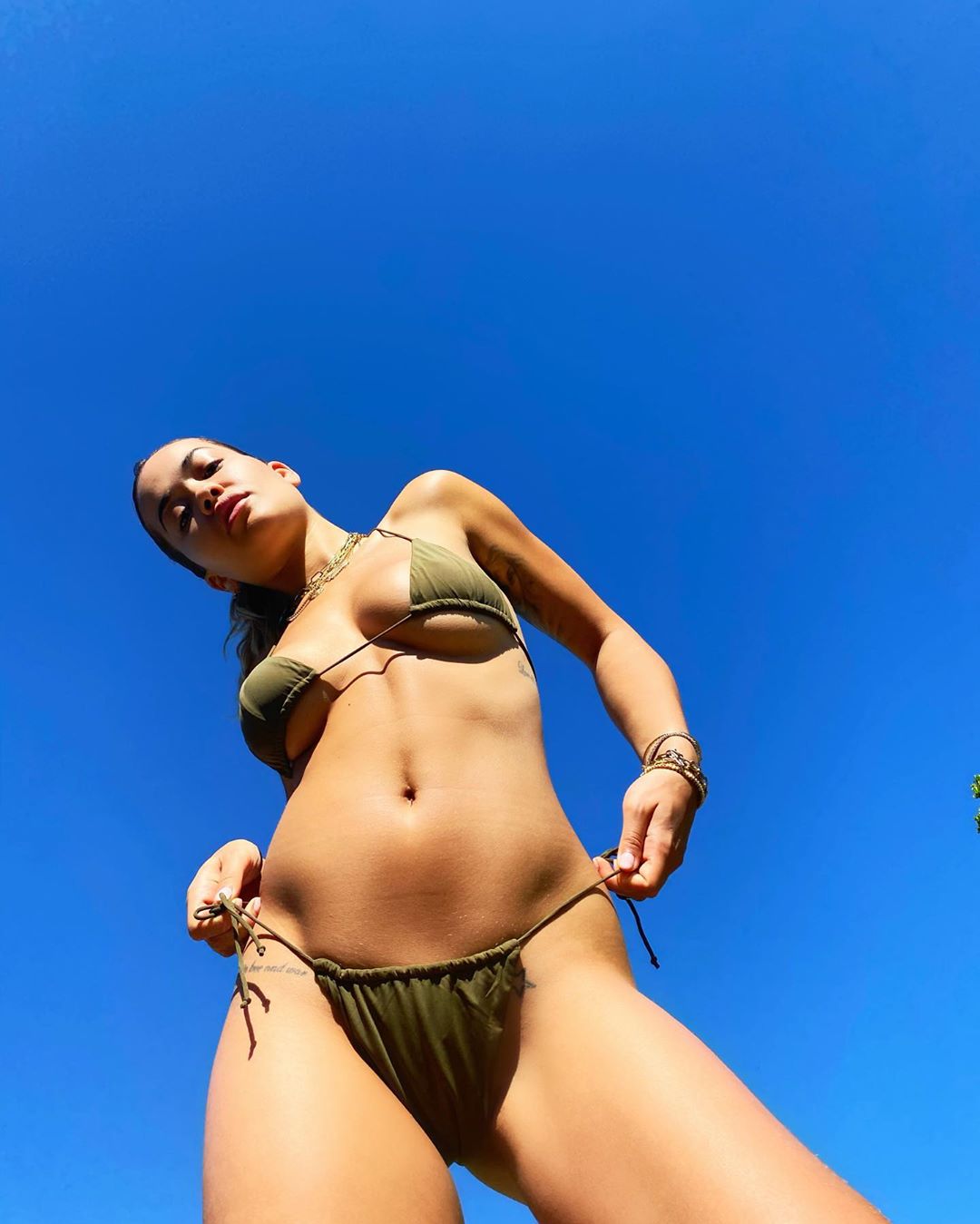 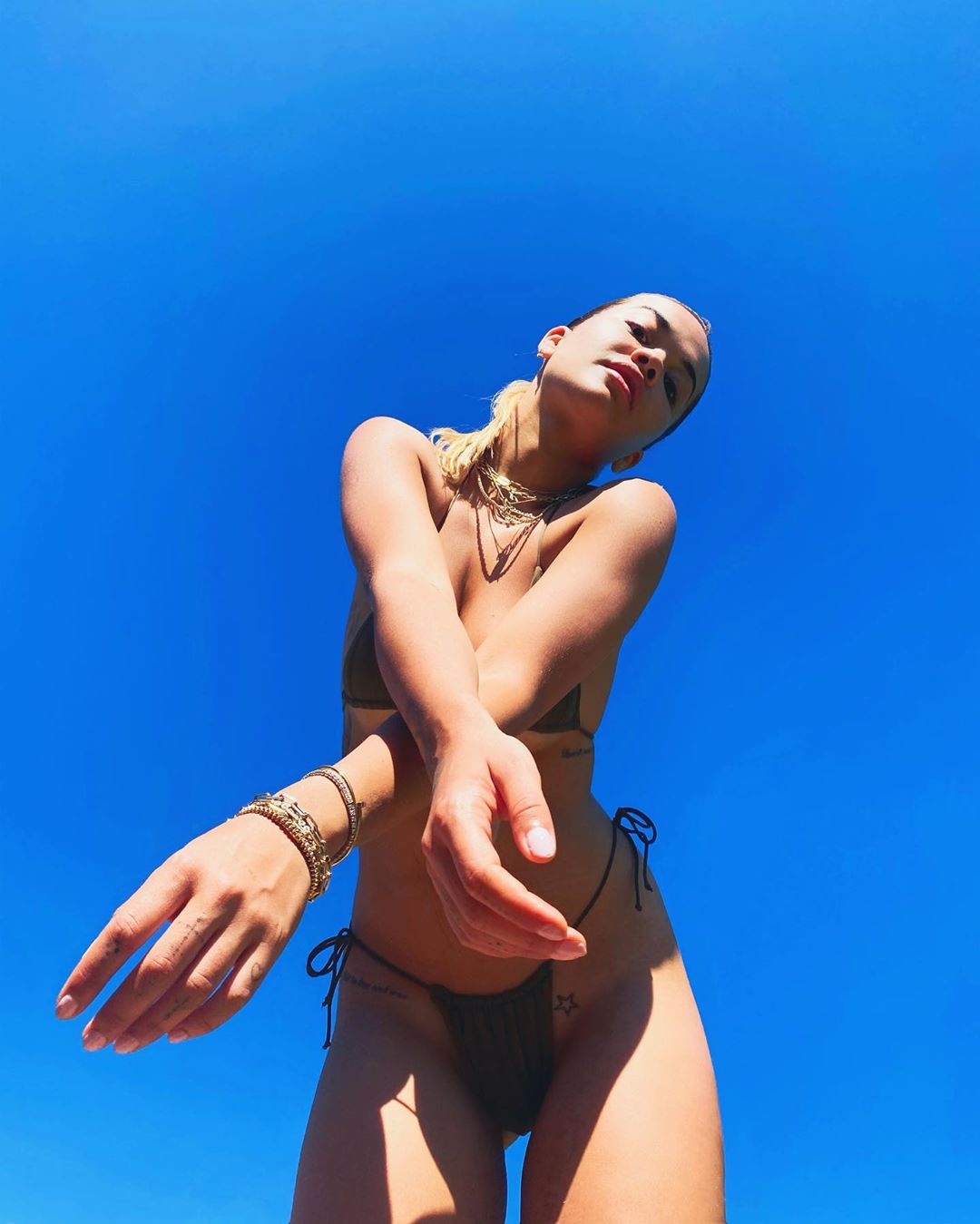 Binky managed to get some sand into the background of her bikini shot, as she drove to the beach for a visit.

The former Made In Chelsea star posed in a nude two-piece and bent down so she was level with the camera for the candid shot. 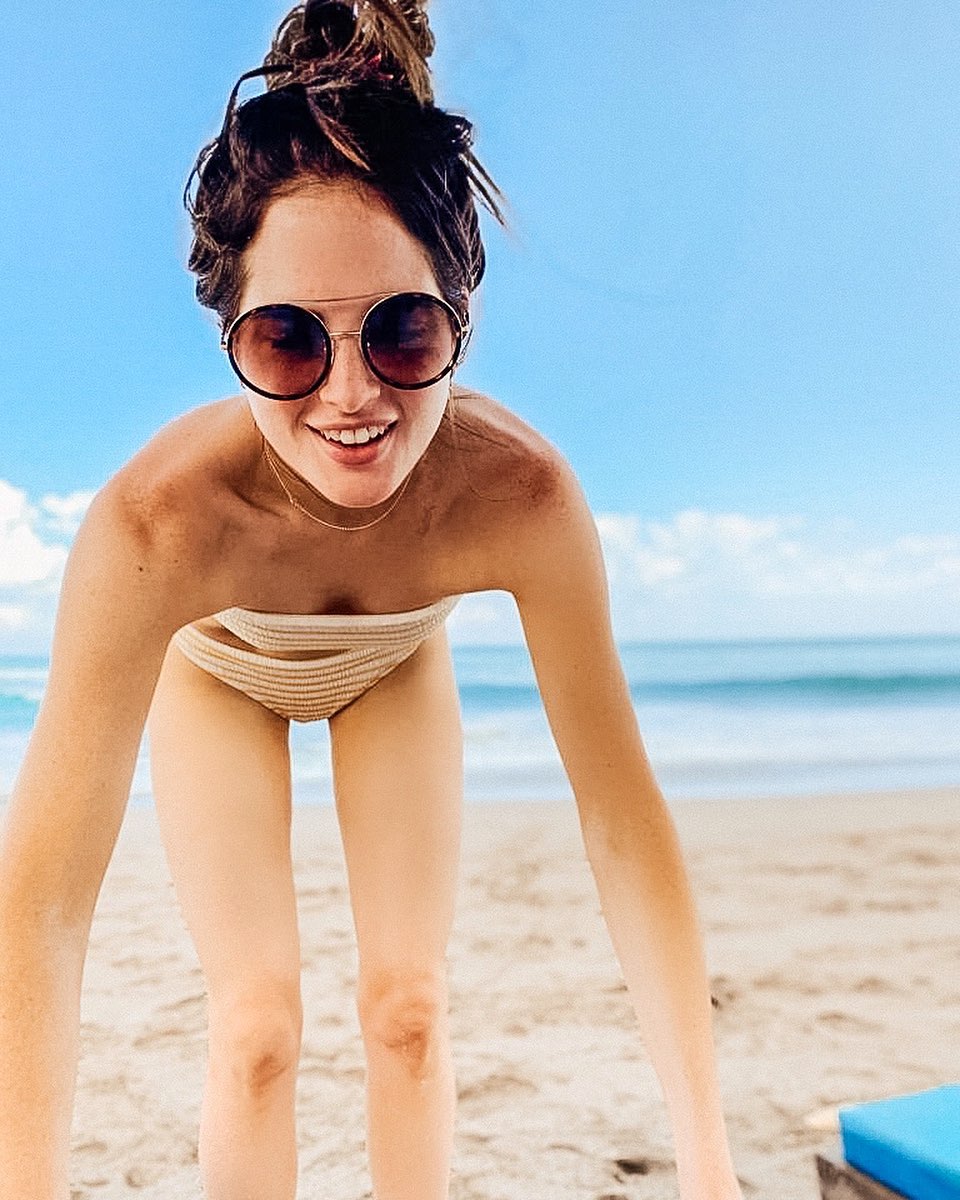 Supermodel Heidi posed topless in a candid shot of her chilling out in her garden.

The 46-year-old German star – who broke lockdown rules by going to a hair appointment earlier this week – has certainly mastered the new angle. 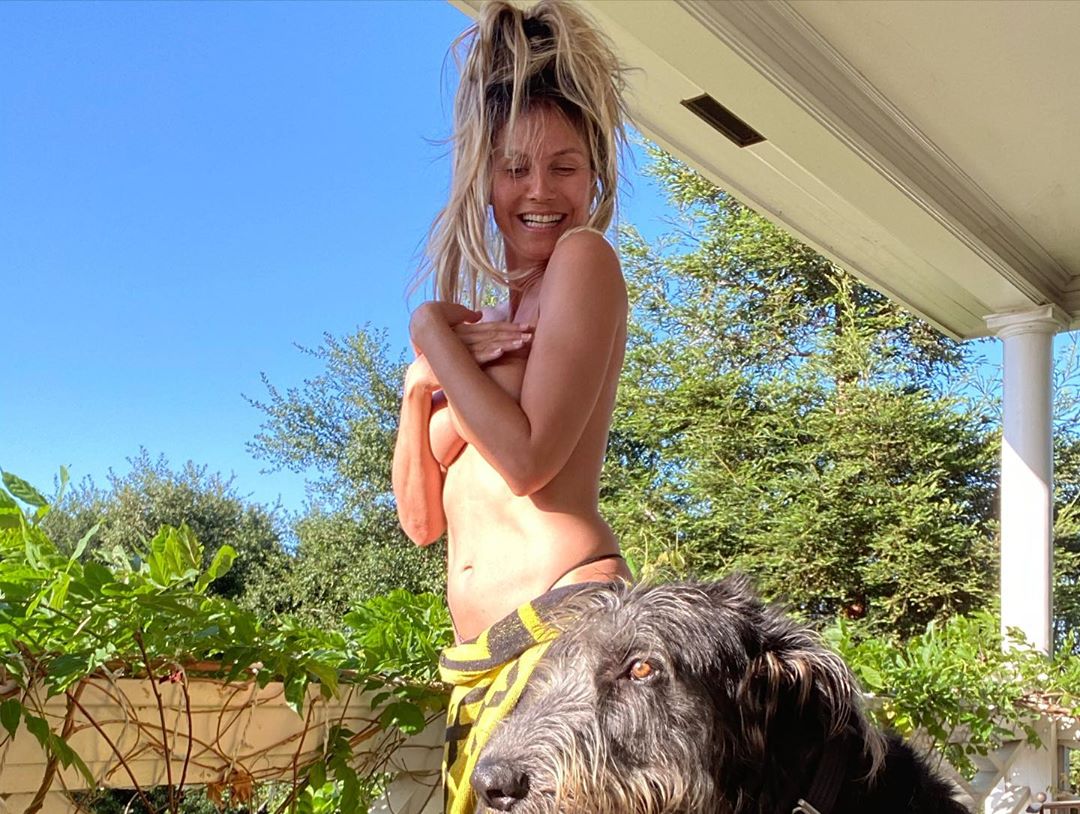 Love Island star Kendall posed in a black and white one-shoulder swimsuit for her "get low" moment.

The 28-year-old is currently isolating with her footballer boyfriend Andrew Hughes – who has no doubt had plenty of time to practice capturing his girlfriend's best angles. 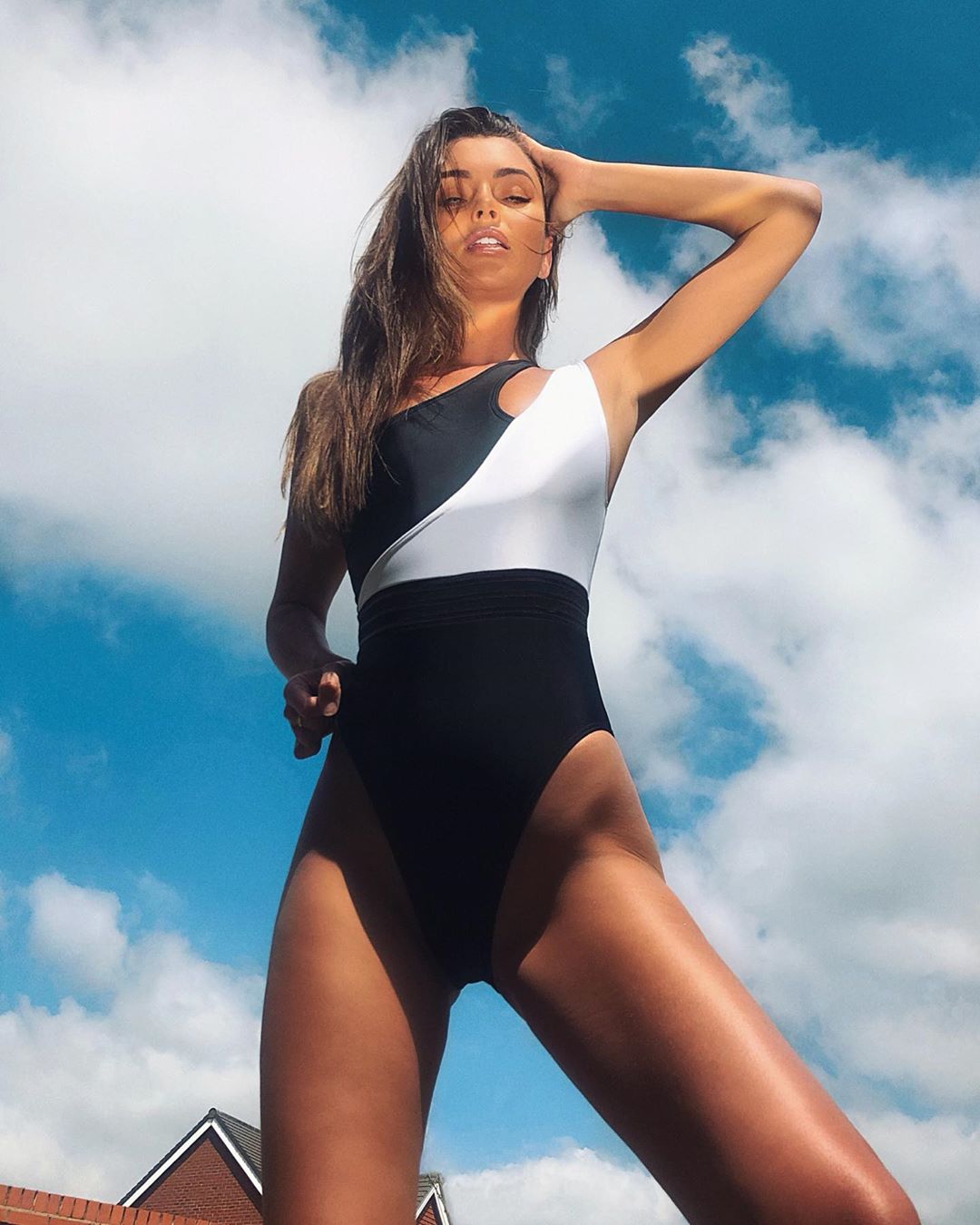 Montana is no stranger to a bikini snap of two on social media.

Earlier this week, the former Love Island star captured her gym-honed figure in a black two-piece as she urged fans to "stay hydrated". 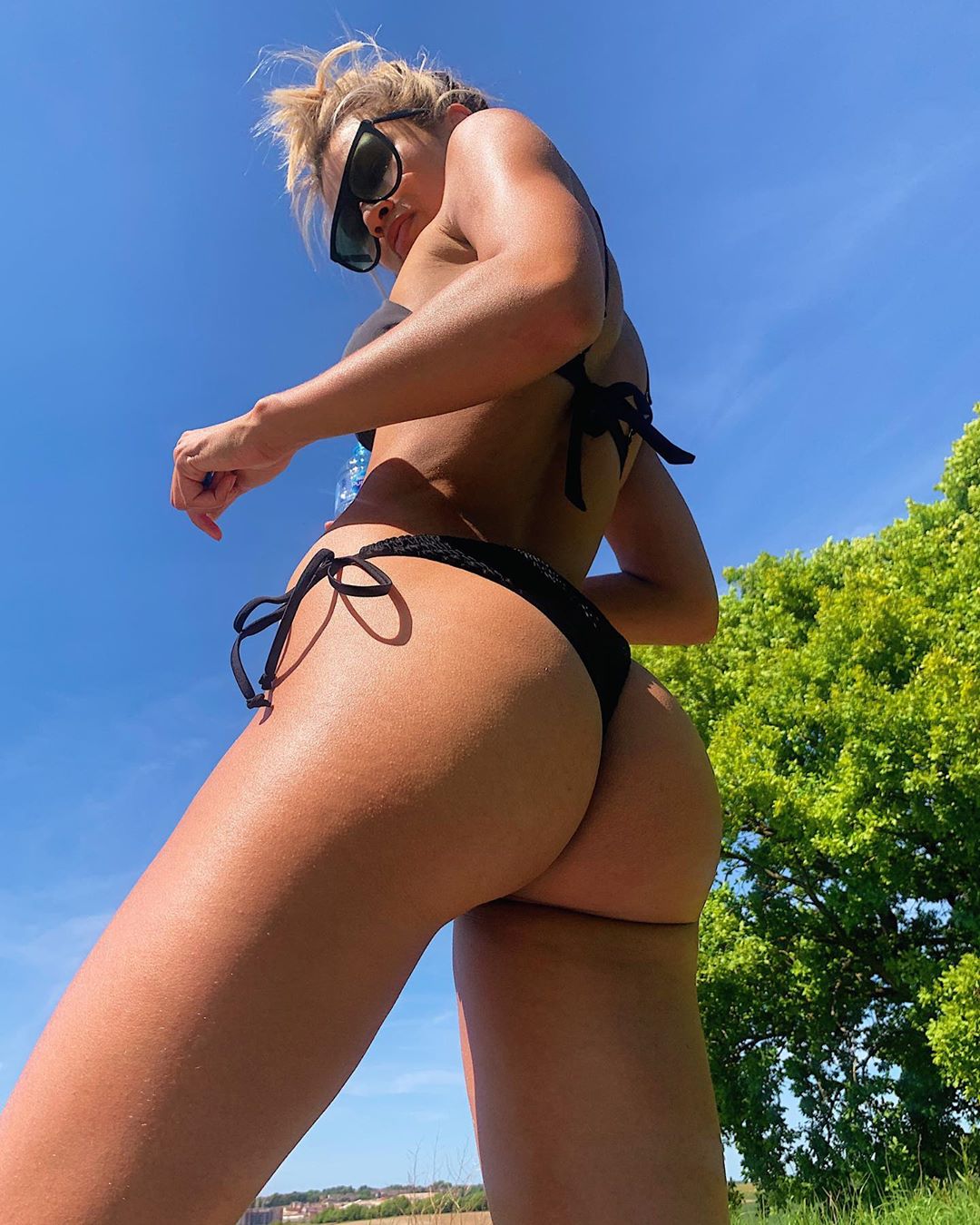 Having modelled for decades, Alessandra knows a thing or two about capturing her best angles.

The 39-year-old Brazilian beauty drew in all the likes as she posed in a yellow bikini in her garden in Santa Monica on Monday. 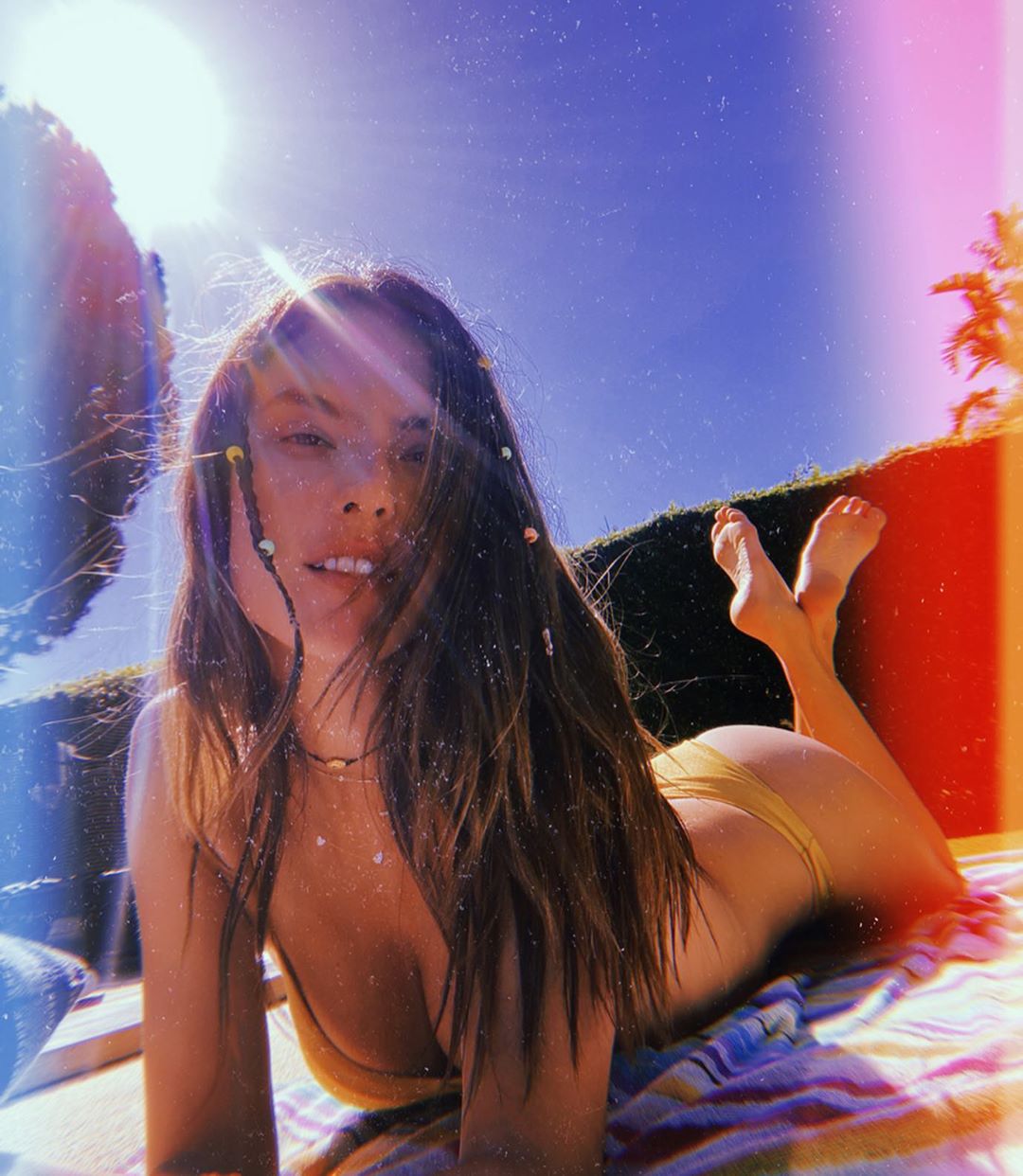 Amber took the trend to a whole new level earlier this week.

The former Love Island winner not only shared some bikini shots taken from ground level, but she also shared a video of her best light. 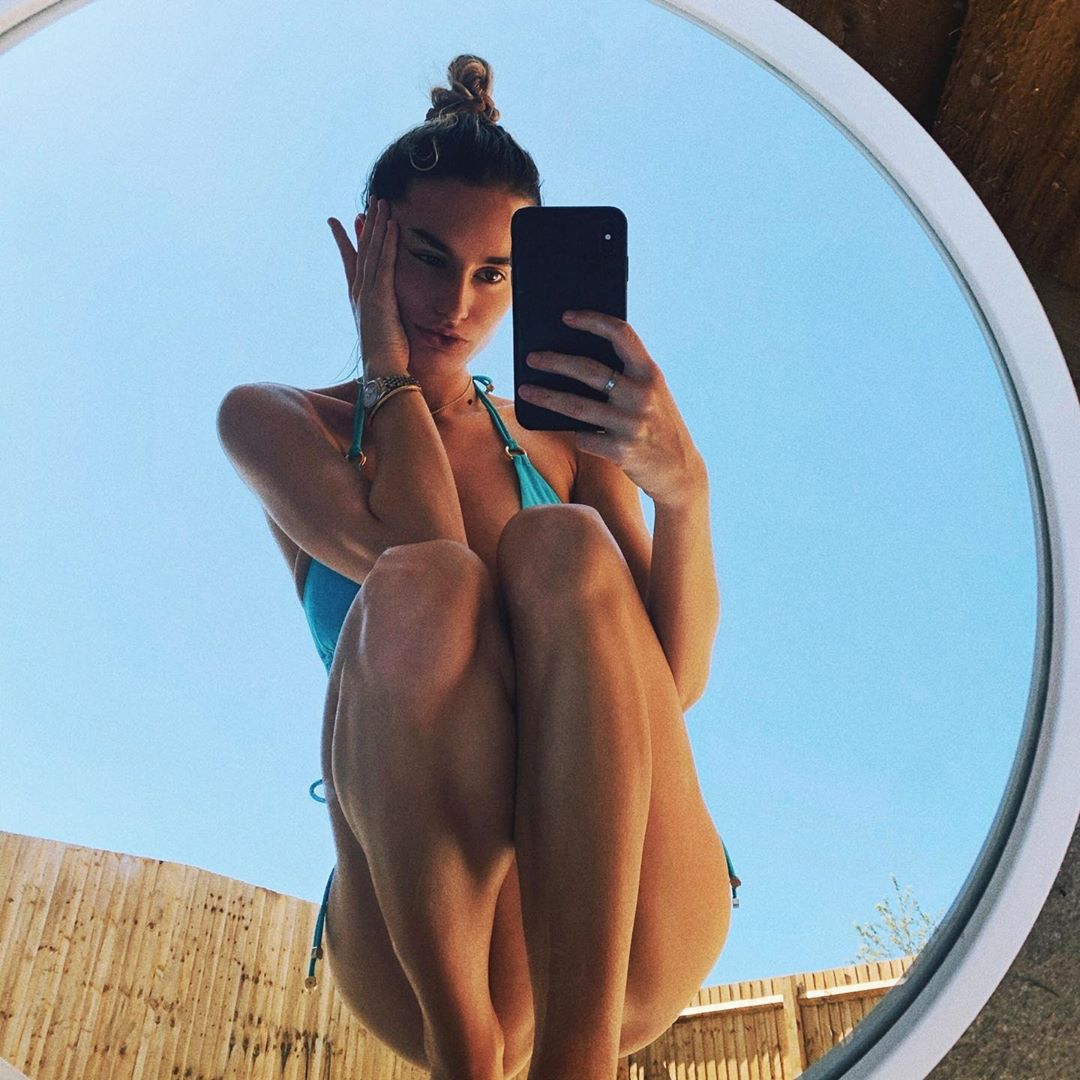