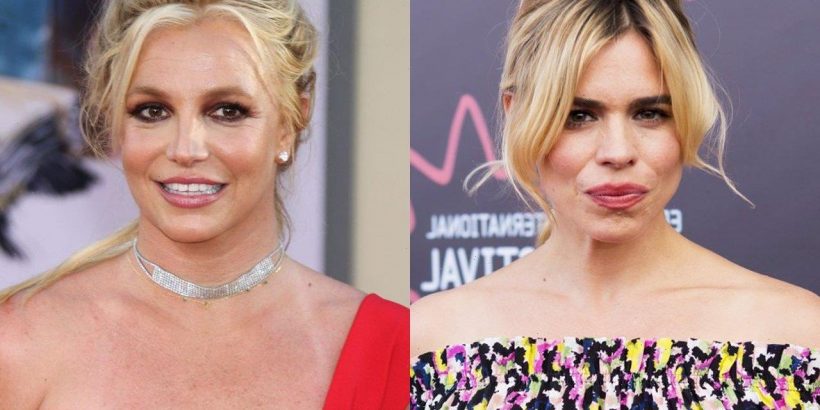 The former ‘Doctor Who’ star, who found fame as a teenage pop singer, admits the controversial documentary made her reassess the amount of control she had throughout her music career.

AceShowbiz –Billie Piper found the “Framing Britney Spears” documentary triggering, because it brought back bad memories from when she was a teen star.

The former “Doctor Who” star found fame as a teenage pop singer and admits the program, which chronicles Britney Spears‘ rise to stardom as a teenager, and her subsequent breakdown, resonated deeply with her.

Billie, who had a U.K. number one single when she was just 15, tells i newspaper, “I had to turn it off, if I’m honest. There are so many things in there that I found upsetting.”

The actress admits the documentary made her reassess the amount of control she had throughout her music career.

“I thought I had a lot because I’d get to choose my outfits and my dancers and I would be coming in with ideas for my choreographer,” she adds. “Creative input is very different to the overview. I had little to no agency at that time in my life…”

In late April, Billie has opened up why she could relate to Britney. During a chat on Fearne Cotton’s “Happy Place” podcast, the “Day & Night” singer spilled, “I don’t know anyone who worked as hard as I did at 15. It was a combination of burnout, the trauma of becoming really famous, being disconnected with my family, a lack of control in my life – hence the eating disorder.”

“I also felt I was a teenager and changing emotionally and psychologically so much,” the 38-year-old went on looking back at her own struggles. “When I think of the life I lived as a child, with an 18-hour working day and never seeing my family, I see how it negatively impacted my life.”