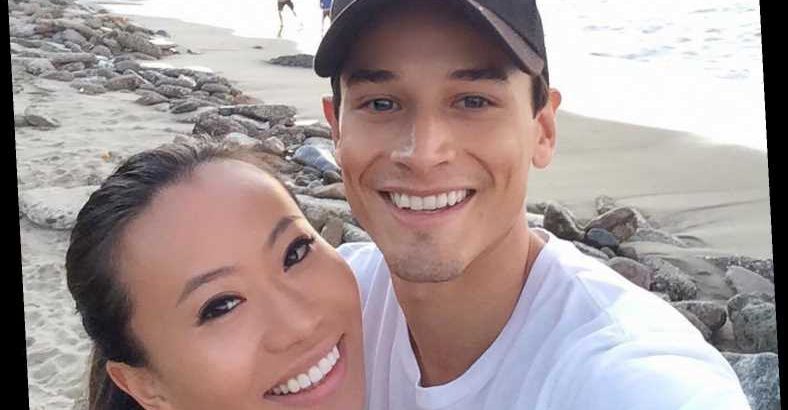 After more than five years together, Kelly Mi Li and Andrew Gray are going their separate ways.

The stars of Netflix's Bling Empire announced Tuesday in statements shared to their respective Instagram accounts that that they both "made the difficult decision" to split.

"Over the past 5 and half years, Andrew and I have shared some incredible times together. I have a tremendous amount of respect and love for him and will always cherish the memories we made," Li, 35, wrote alongside a photo of the pair at the beach.

"However, we have made the difficult decision to officially separate at this point in our lives. We are both so grateful to have experienced a relationship that allowed us to grow and learn so much," said the reality star.

Her statement continued: "Moving forward, Andrew and I plan to continue working on becoming the best versions of ourselves individually. We want to express our appreciation for your continued support and thank you for allowing us to share our journey."

Li concluded by asking fans "to respect our privacy during this time of transition."

Gray, 34, shared a similar statement to his account, which he posted along with the same photo of the couple on the sand. The Power Rangers Megaforce actor also uploaded a snap of the couple to his Instagram Story — which he captioned, "Allow others to bring out the best in you. Thank you. @kellymili" — and thanked his followers for their support amid the split.

"I want to let you guys know that God is good and he has a plan for us all," he said. "He keeps revealing himself in so many ways. And if you're like, 'Where?' Go outside, open your eyes, ping, and just look around, because it's everywhere."

" … I want to give a shout-out to all the people in my life who have done nothing but support me or reached out to me, championed me, championed Kelly, supported Kelly, who supported us in our relationship. I love you, Kelly. I love you, guys. You guys have been unconditional, just like we have to each other. And we're getting ourselves in a good place," he told his followers. "Thank you, thank you, thank you. I recommend to all men and women out there, if you need help, be the change you want to see in the world. It is tough, but hard work always pays off. God is good, guys!"

In early February, Gray publicly thanked Li for "allowing" him to "finally understand what true love is."

Alongside a photo and video of the duo coupled up on a boat, Gray said that the first moment he saw Li, "you completely took my breath away."

"You had me in the palm of your hands and still do. Almost 6 years later, my heart still skips a beat every time you walk in the room. You're incredible from head to toe. I am still so amazed every single day by your kindness, your patience, your grace, and most of all your passionate endless love to me," said Gray.

He also acknowledged the difficulty of them going through a televised breakup. "Living through a breakup and one of the darkest times of our lives, especially on international television, was not easy," he shared.

He went on to thank her "for not giving up on us," calling Li his "best friend, my soulmate, and the love of my love."

"To everyone who followed and is following our journey, thank you for your support and love. I want to honor our past as we both have grown so much since filming wrapped," he continued at the time. "This process gave me an outside view of what I needed to change, for that, I am forever grateful. God is so good."

Li commented on the post, "I am more and more in love with you every day. So proud of you and how far we have came in these short 2 years. You are my inspiration ❤️❤️❤️."

Bling Empire is streaming on Netflix.