Blue Bloods with its Season 12 finale welcomed a new face to family dinner (as is almost an annual tradition), but that was far from the only thing resembling a surprise.

The episode “Silver Linings” found Frank warring publicly with DA Kimberly Crawford, over her office’s policy to not prosecute non-violent crimes — much to Erin’s chagrin, especially when her boss called her on the carpet about her loyalties. 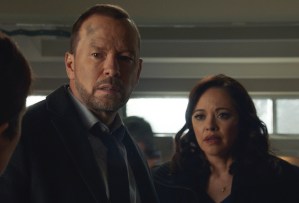 Meanwhile on the streets, Danny and Maria tried to help a young woman, Elena, who was in WITSEC but had sneaked home to check on her mom. Worried that bad guys were after Elena, Danny and Maria raced to her mother’s home, only to watch the very pregnant woman trigger a bomb attached to an outside door. Elena died from her injuries, but the doctors were able to save the baby she had yet to deliver.

Danny and Maria’s ensuing pursuit of those who targeted and killed Elena wound up crossing their path with that of Jamie and Joe, who had partnered to find a trafficker of undocumented teenage girls. The four tracked down the trafficker’s latest target, a teen named Soli, and after carefully defusing a bomb that had been strapped to her, reunited her with her worried mother. 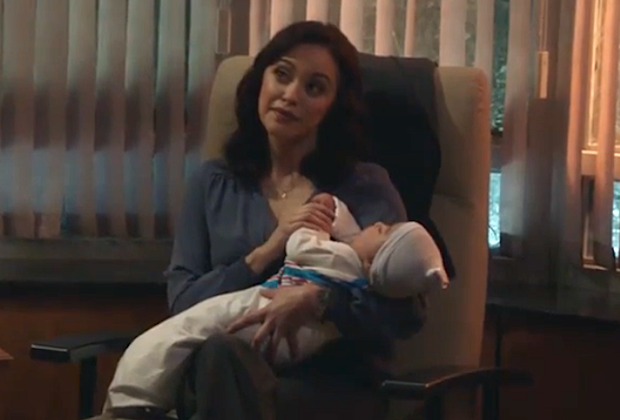 Once all of the dust settled, Danny met up with Maria at the hospital, where his partner was giving Elena’s baby a feeding. After sharing how Elena’s death in that blast reminded him of something very similar he witnessed during his time with the Marines, Danny noted that he’d heard that no one in Elena’s family came forward to claim the newborn girl — and that one of the detectives “who caught the guy who killed her mommy did come forward to adopt that beautiful baby.”

“I never thought that I wanted kids,” Maria said, “but after seeing her, I couldn’t stop thinking about her.”

Danny expressed his certainty that Maria will be an amazing mom, then offered: “If you need anything, ever, I’m here for you.” 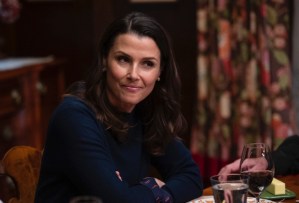 Later, at family dinner, both Joe and first-timer Anthony were in attendance — the latter invited in part because earlier he had chided Erin and her “Woe is the Reagan” pity parties, sharing how as a fatherless kid he was lucky to share dinner with his overworked mom.

But more importantly, Erin said that she wanted Anthony on hand as she announced to everyone that she has decided to run for DA! Having previously told her father that she wasn’t scared of winning, but of losing, she told everyone that “I think that if I have your love and support, I’ll be unbeatable.”

What did you think of the season finale, Baez’s maternal move, and Erin’s big decision?