Tom Selleck is an eighties icon who has gained a whole new following of fans ever since he started appearing on the hit cop drama Blue Bloods. Selleck, even at the age of 74, when many stars are looking to retire or heavily scale back, Selleck has found new prominence and has managed to retain his heartthrob status.

Selleck has appeared in many different TV shows and films over the years, proving that he is a versatile, talented actor.

Still, he has received some criticism for one thing, in particular, something that might come as a surprise to his most loyal fans.

How did Tom Selleck become famous? 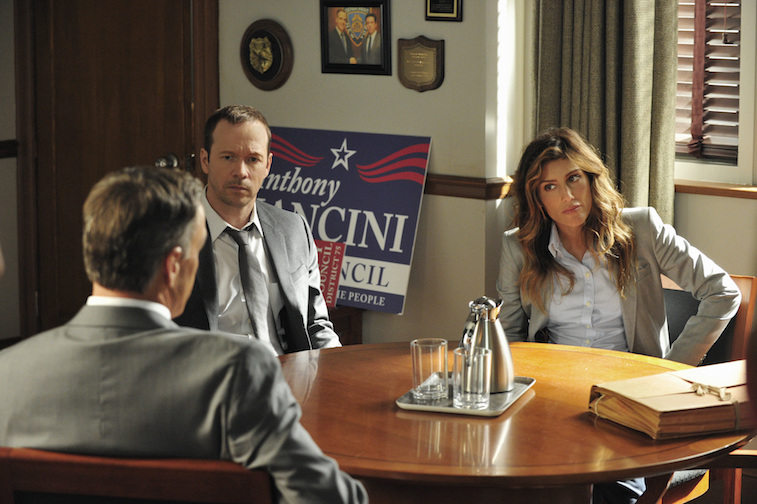 Tom Selleck was born in 1945 in Detroit, Michigan. Selleck comes from a working-class family. His mother stayed home to raise the four children while his father worked as a real estate investor.

Selleck’s path to the entertainment industry was a long and winding one. Initially, he showed an interest in basketball and played while attending the University of Southern California. After a brief stint studying acting at the Beverly Hills Playhouse, Selleck was drafted into serving in the Vietnam War and served in the California Army National Guard from 1967 until 1973.

After his service in the military was up, Selleck resumed his acting career. Over the next several years he appeared mainly in television commercials and made-for-TV movies, although he did land a recurring role in the popular series The Rockford Files opposite James Garner.

Selleck’s interest in the outdoors led him to be chosen for a lot of Western-type roles and many viewers began to recognize him for his work in films such as Quigley Down Under. In 1980, he received his big break when he was cast as the lead in Magnum, P.I.

The series made Selleck a star and his charm and good-natured appeal made him popular with fans of all ages.

Tom Selleck appeared on Magnum, P.I. for eight years, during which time he continued to work on other projects as well. Until he was cast in Blue Bloods, Selleck’s role as Thomas Magnum would remain the one that he has received the greatest critical praise for. He even won an Emmy Award for his work in Magnum, P.I. in 1984.

During the Magnum years, Selleck would become known for his luxurious mustache and his character’s fondness for Hawaiian shirts.

Although Magnum, P.I. was one of the most popular TV shows of its time and has even remained popular in reruns over the years, Selleck recently opened up and admitted there is one particular criticism that he still receives from fans of the show.

What criticism did Tom Selleck receive for ‘Magnum, P.I.’?

In a recent interview, Tom Selleck revealed that “everybody” tells him that the shorts he frequently wore on Magnum, P.I. were entirely too short.

While it is true that Selleck’s character on the show frequently wore short-shorts and tank tops, to Selleck, they were perfectly appropriate. The actor claimed that: “they were shorts, like shorts are supposed to be. Now shorts are like pajamas.”

While his character of Frank Reagan in Blue Bloods is most often seen in dignified uniforms or dress shirts, there is one particular element of his physical appearance that fans would riot over if he ever lost — his famous mustache.

Selleck has retained the mustache throughout the majority of his career and it is unlikely that he will ever shave it off at this point.