Bob Saget’s time onThe Masked Singer is over. The actor was revealed as the Squiggly Monster on this week’s episode, with Robin Thicke, Nicole Scherzinger, Ken Jeong and Jenny McCarthy all being spot on when guessing his identity.

ET spoke with Saget after he was eliminated and he opened up about his experience on the Fox show, as well as which former Fuller House co-star he’d love to see compete on The Masked Singer.

“I was a little nervous because I didn’t think that I’d be in a lineup,” he told ET’s Nischelle Turner. “I didn’t think I was gonna get removed because I hadn’t seen everybody else and then I watch the show and damn, they’re all good. I still think I should’ve beat broccoli. Broccoli’s probably like the biggest star in the world, I don’t know.”

While he and some of his family had to sign an NDA to do the show, Saget revealed that his former co-star and longtime friend John Stamos knew he was on the show.

“John Stamos knew because he was gonna be a clue the following week, had I made it to my next song, which was gonna be ‘Folsom Prison’ by Johnny Cash,” he shared.

Saget’s TV daughter Candace Cameron Bure, meanwhile, guessed that it was him in the first week. Bure, who played DJ Tanner on Full and Fuller House, shared video of herself saying how she knew it was him.

“It’s so cute. She went out just now on her Instagram Stories and she was disappointed that I didn’t get the next round,” he expressed. 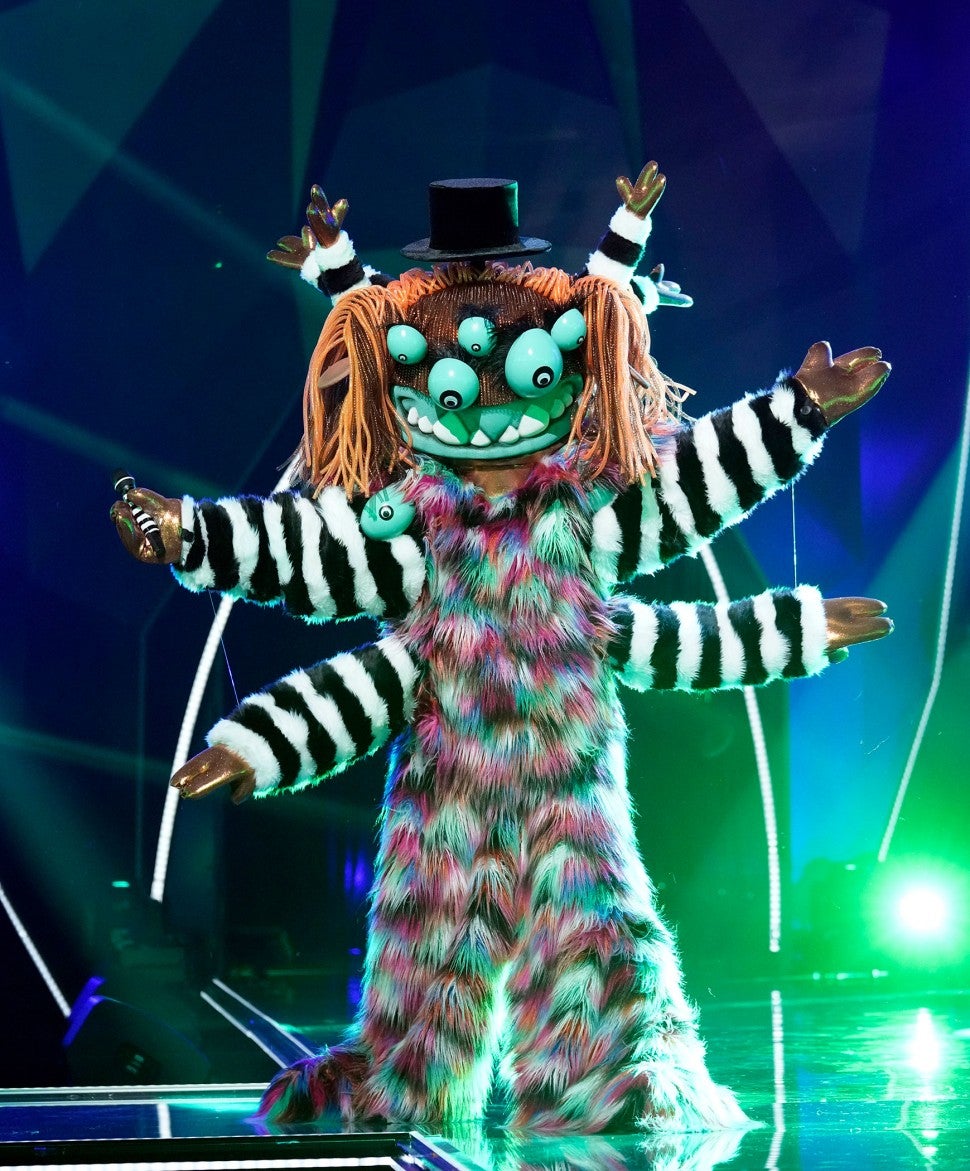 Saget remains close to his former TV family and loves that they continue to have each other’s backs.

“When you care about somebody, especially now I’m finding you got to let them know, you got to reach out and then it’s nice to get that heart emoji back or whatever you get back,” Saget stated, even touching on Lori Loughlin’s college admission scandal and how she began her two-month prison sentence. “I put out my love for Lori. Everybody hurts when somebody hurts and there have been times where that cast saved my life a couple times.”

As for which co-star he’d love to see singing their heart out while disguised, Saget said, “I still want to see John.”

“He’s such a good [singer]. He’s very humble about his singing ability and he would be amazing,” he said. “Especially if they made him the most grotesque monster and then you take off the head and you see the cutest thing you ever saw.”

“Candace and Jodie [Sweetin] and Andrea [Barber], they all can sing and dance,” he continued, before adding that his top choice would be Dave Coulier. “That would be my favorite, probably, is to watch Dave Coulier do it. But I think it’ll be a while to bring out another Full House person.”