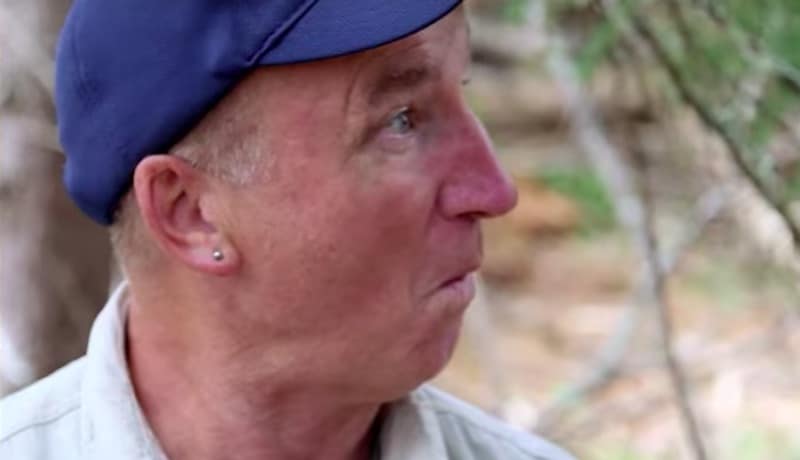 Fans of the History channel’s The Curse of Oak Island delight whenever metal-detecting legend Gary Drayton exclaims, “it’s another bobby dazzler!” But what in the world does the phrase really mean?

According to the Urban Dictionary, a bobby dazzler is a “quaint coloquial term” from Britain used to describe something that’s a sight to see, as in, “My, that Cathy bird’s a reet bobby dazzler!”

Which leads to the question of what the heck a “reet” is [editor’s note: that’s a whole other story], but the term is from original northern English dialect, so use your imagination!

The fact that “bobby dazzler” is one of Gary’s favorite terms (he has many of them!)  makes sense since he’s from Grimsby on the north-east coast of England.

A source a bit more traditional, the Oxford Dictionary, defines the phrase as “a person or thing considered remarkable or excellent”.

It’s said to have originated in northern England, with the “dazzler” part relating to the word “dazzle”. The “bobby” bit is more of a mystery according to the dictionary’s lexicographers, though “bobby” is a slang word for a police officer in Britain.

Anyway, you get the idea — a bobby dazzler is something extraordinary, definitely not common, a one-of-a-kind original. Kind of like Gary himself.

Which makes it fitting that it is Gary who has found the most bobby dazzlers to date on Oak Island.

Last year, he found a medieval lead cross and an eye-popping rhodolite garnet brooch, which gave the treasure-hunting team hope that buried treasure really may lie beneath the surface of Oak Island.

Then, in the Season 6 debut episode, he found yet another brooch also set with a rosy-red stone and surrounded by a gold-looking metal. Could it be?

Want to know more about the latest bobby dazzler? Be sure to tune in to this week’s episode and find out what Gary has pulled from the ground this time around!

The Curse of Oak Island airs Tuesday nights at 9/8c on History.