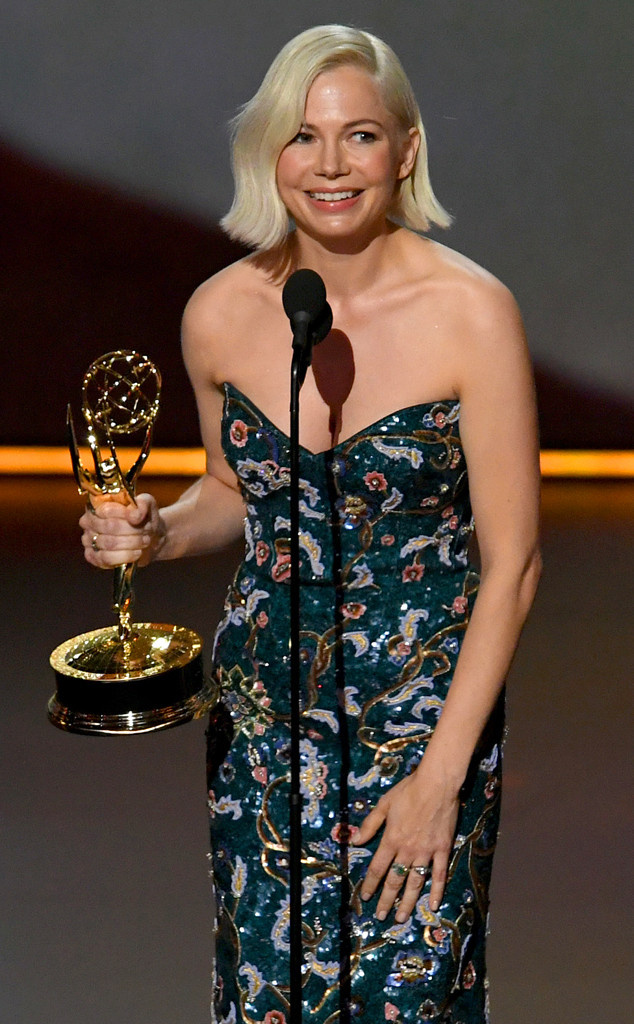 Now that’s how you accept an award.

Taking to the stage at the 71st Primetime Emmy Awards at the Microsoft Theater in Los Angeles to accept her trophy for Outstanding Lead Actress in a Limited Series or Movie, Michelle Williams, honored for her stellar work as Gwen Verdon in the FX limited series Fosse/Verdon, delivered a speech that will, without a doubt, go down in history as one of the award ceremony’s very best, addressing not only her own pay equity and voice afforded on the production, but the future of such necessary equality for all women in the industry.

We could try and sum it up, but, honestly, it’s best if you just read her stirring words verbatim.

“Thank you so much to the television academy for this. And to the incredible cast and crew who worked so hard to make this show,” she began. “Especially you, Sam Rockwell, I know how hard you worked. I see this as an acknowledgement of what is possible when a woman is trusted to discern her own needs and feels safe enough to voice her needs and respected enough to be heard. When I ask for more dance classes, I heard yes. More voice lessons, yes. A different wig, a pair of fake teeth not made out of rubber, yes. All these things require effort and cost more money. But my bosses never presumed to know better than I did about what I needed in order to do my job and honor Gwen Verdon.”

“Thank you so much to FX and Fox 21 Studios for supporting me completely and paying me equally, because they understood,” she continued. “Because they understood that when you put value into a person, it empowers that person to get in touch with their own inherent value. And where do they put that value? They put it into their work. The next time a woman, especially a woman of color, because she stands to make 52 cents on the dollar compared to her white male counterparts, tells you what she needs in order to do her job, listen to her. Believe her. Because one day, she might stand in front of you and say thank you for allowing her to succeed because of her workplace environment and not in spite of it. Thank you.”

In the end, she turned personal and gave mention to her daughter with the late Heath Ledger as BFF Busy Phillips beamed with adoration in the audience. “Matilda,” she concluded, “this is for you like everything else”

Williams beat out the likes of Amy Adams (Sharp Objects), Patricia Arquette (Escape at Dannemora), Aunjanue Ellis (When They See Us), Joey King (The Act), and Niecy Nash (When They See Us) to take home the trophy. And while we’re not playing favorites here, we’re so glad she did, if only go get a speech like that.