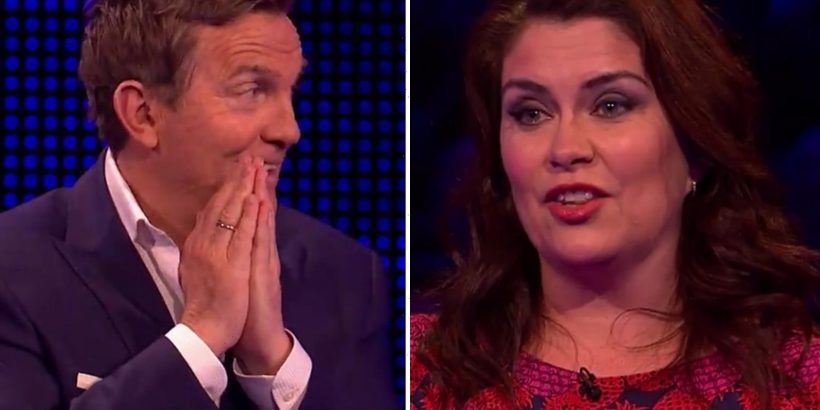 BRADLEY Walsh was left red-faced as Amanda Lamb appeared on The Chase celebrity special and made a cheeky underwear confession.

The former model left the game show host blushing as she made the unexpected revelation on a repeat of the ITV programme on Saturday afternoon. 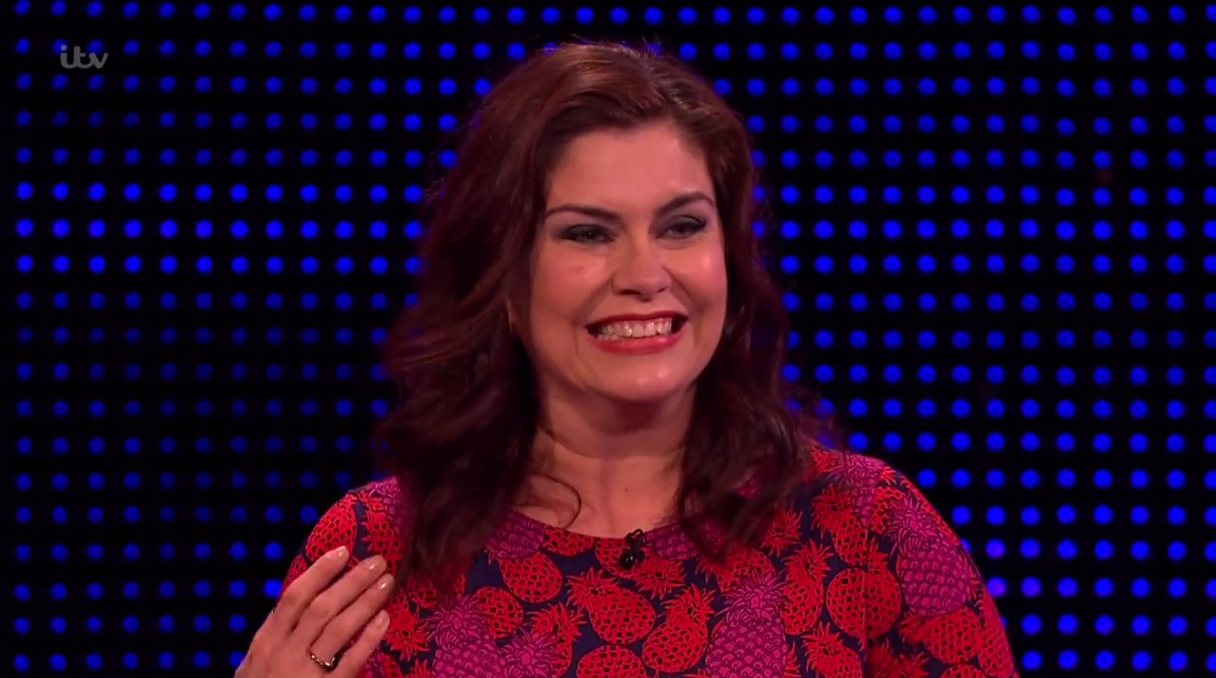 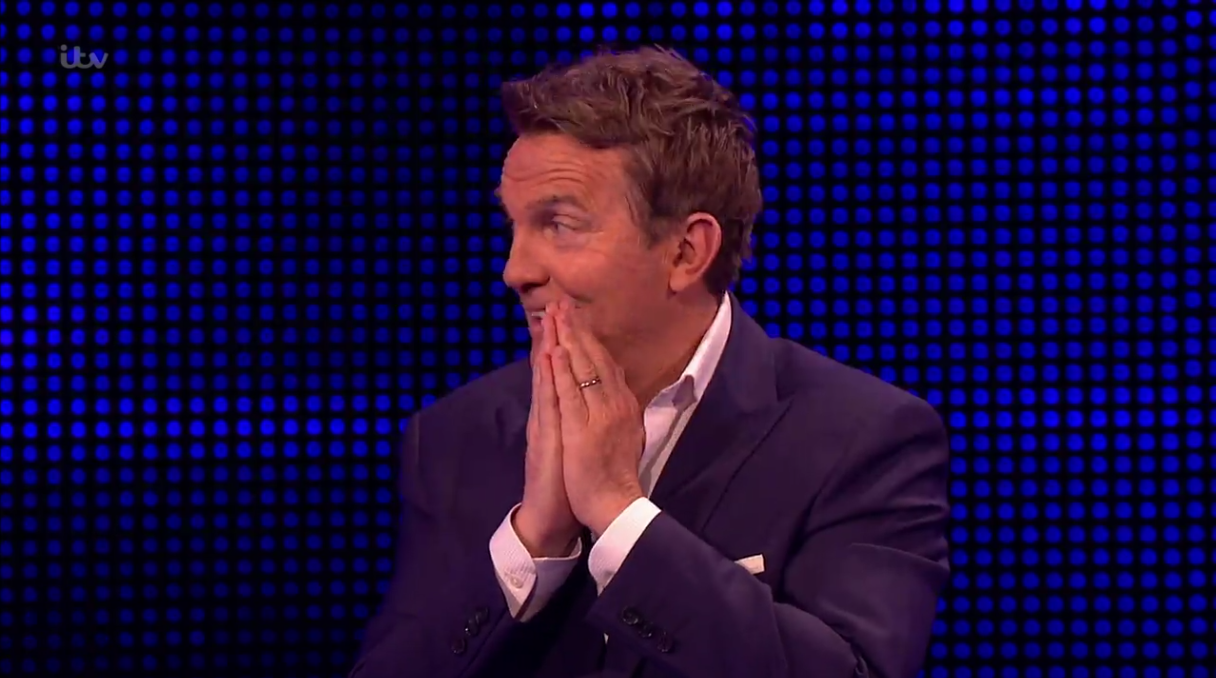 Amanda, 49, was dressed in a fitted red print dress as she stepped up to take part in the cash builder round.

She told Bradley as he welcomed her to the show: "I'm so nervous. D'you know what? I'm thinking that I'm going to pass out.

"And it's either through nerves, or the fact that I'm wearing really big pants under this dress to keep everything held in!"

Amanda continued, as Bradley, 61, covered his face in embarrassment: "It's doing the trick – but it's also cutting off my blood supply."

She then pleaded: "So if I go a bit blue and wobble – can you help?"

Once he'd gotten over the shock of Amanda's comments, Bradley responded: "I tell you what – I'm not being rude – you're so tall, if you timbered from there, I'd be able to catch you from over here!"

As the audience and her teammates erupted with laughter, the presenter jokingly asked what would happen if she fell the wrong way.

Despite her nerves the former A Place in the Sun host was able to answer six questions correctly.

She went on to face Chaser Paul Sinha, aka The Sinnerman, with £6,000 which she stuck with despite his high and low offers.

Amanda successfully banked her £6,000 and later joined Dan and Sarah in the Final Chase, playing for a massive £99,000.

Unfortunately, their hopes of banking the huge amount for charity were dashed as they could not defeat The Sinnerman.

The Chase airs weekdays at 5pm on ITV. 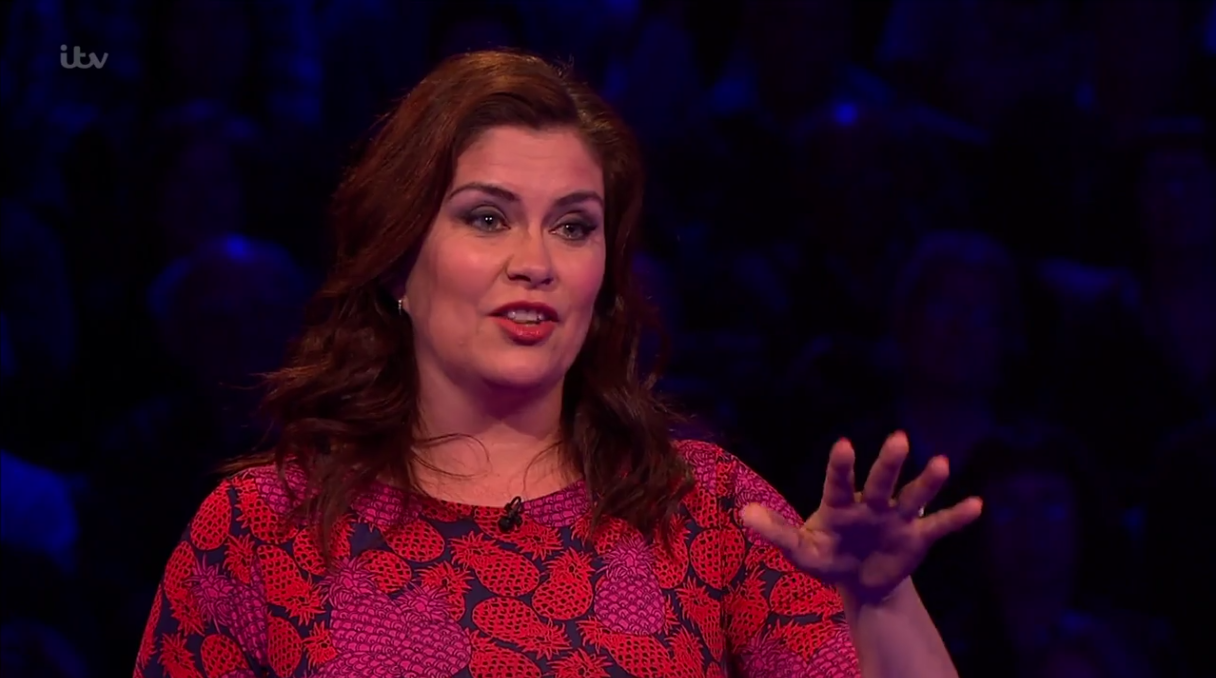 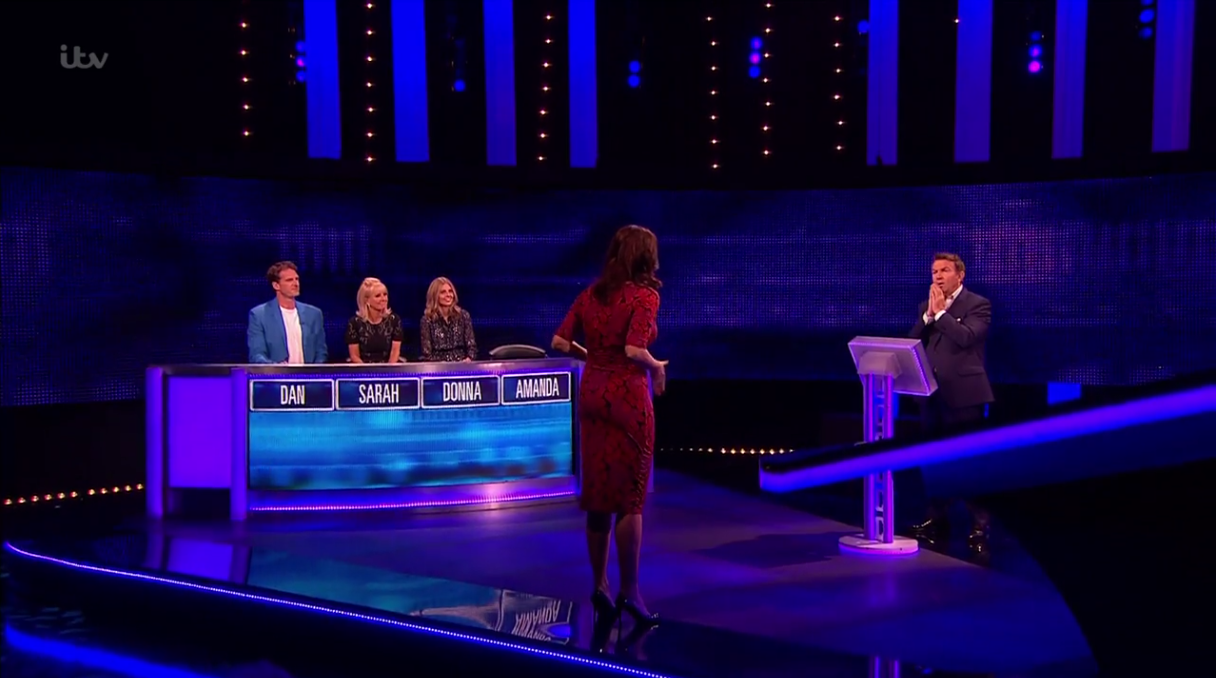