Run BTS! is BTS’s variety show that airs on VLIVE. The show is a favorite among ARMY because it always manages to show the members of BTS at their most chaotic. Episode 87 of Run BTS! aired on Oct.18 and it did not disappoint. 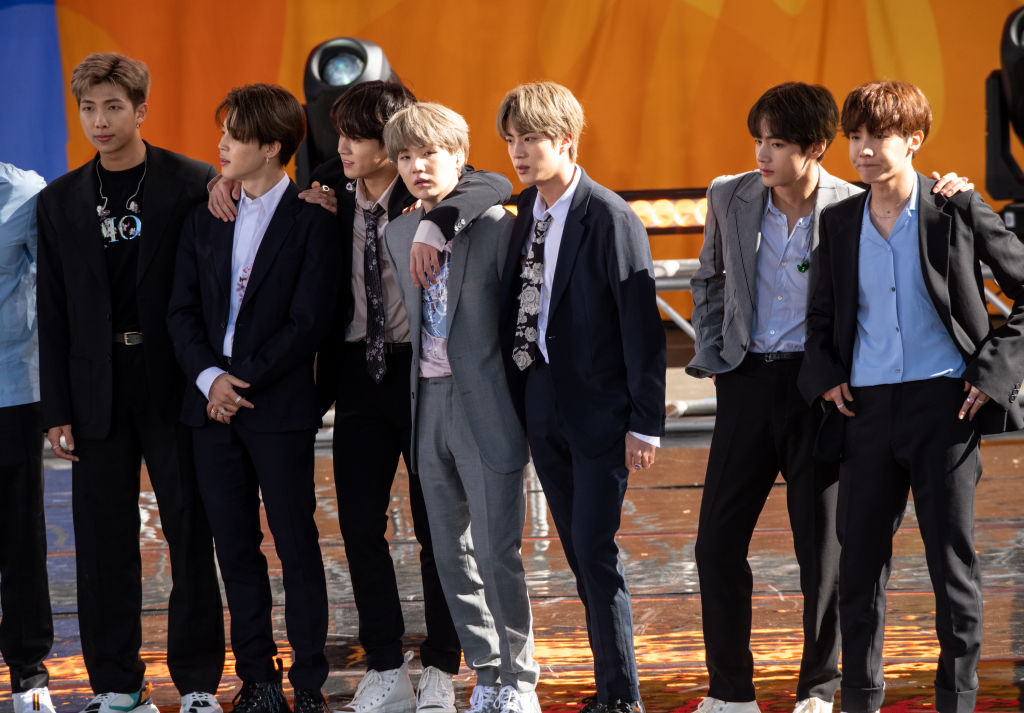 In the episode, BTS played an epic game of hide-and-seek. Because it’s Run BTS!, the game had many rules and a grand prize for the winner. A piece of paper was taped on the back of each member. BTS members were assigned another member to tag out of the game by placing stickers on their back. They were not allowed to reveal which member they were assigned.

While trying to avoid being tagged out, BTS also had to search for Korean letters scattered throughout the area. After collecting the letters, the members could spell out words to earn more stickers. The member who wins the game wins prize money. As one can imagine, it was one of the most dramatic episodes of Run BTS!

“today’s run bts had the most perfect blend of suspense, thrill, angst, betrayal, romance and action,” a fan tweeted.

The members of BTS betrayed each other immediately

While the members of BTS are all incredibly close, that love disappears during Run BTS!, especially if there is prize money involved. Immediately, the members of BTS lied to each other about who they were assigned to tag out. Jimin tried to strike an alliance with V, and the two promised each other they would not tag each other out. A few minutes later, V subtlety placed a sticker on Jimin’s back.

“bts are the worst liars ever but when it comes to run bts, suddenly they’ve done PhD and currently teaching the ‘art of liar-ism’ at Harvard as senior professor,” a fan wrote on Twitter.

This betrayal continued with all of the members. J-Hope tricked RM and placed stickers on his back while pretending to fix the sheet of paper. He also placed a sticker on Suga’s back just to mess with him. BTS fans could not get over how quickly BTS betrays each other for prizes even though they are already wealthy.

One fan joked on Twitter, “BTS: We are BTS! Run BTS staff: Prize is money. BTS: What is a BTS?”

The episode was utter chaos

In the Run BTS! episode, the BTS members ran throughout buildings searching for letters and the people they were assigned to tag out. Jungkook ran so much, he repeatedly left the cameraman following him behind until he was out of sight. While most of the members chaotically ran around, V simply walked around collecting letters.

“what is it about these ‘run around and find stuff’ run bts episodes that has taehyung strolling leisurely, enjoying the beauty of the world all while finding everything without even breaking a sweat? all bts will be running around like headless chickens and taehyung is skipping,” one fan tweeted.

The members of BTS tried to form alliances in ‘Run BTS!’

In the episode, Suga was assigned Jin while Jin was assigned V. At one point, Suga and Jin tried to form an alliance with the goal of splitting the prize money. However, neither one of them trusted one another enough to agree to anything.

Suga lied and said V was who he needed to tag out. For a few minutes, the two of them stood beside each other arguing over who had V. Because Jin actually had V he knew not to trust Suga and abandoned the alliance.

A few minutes later, Jungkook and RM came up with the same plan. Because Jungkook trusts BTS’s leader, he immediately agreed and gave RM all of the letters he collected.

“I’m SO NOT surprised that in today’s Run BTS episode when Yoongi wanted to team up with Jin it didn’t work out because they didn’t trust each other in the game but for Jungkook and Namjoon, Jungkook trusted Namjoon right from the start,” a fan tweeted.

Jungkook promised RM he would guard him to make sure he did not get any more stickers added to his back. If RM ended up winning, they planned to split the prize money. The winner of the game will be revealed in the next episode of Run BTS!