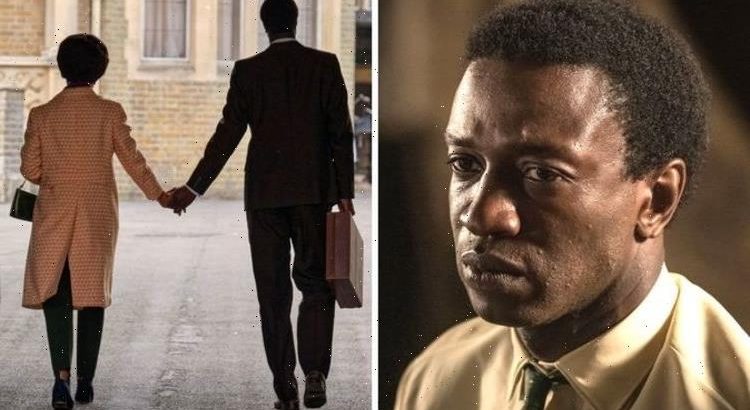 Lucille Anderson (played by Leonie Elliott) and Cyril Robinson ( Zephryn Taitte) only tied the knot on Boxing Day, but they have already faced many challenges since exchanging their wedding vows. In the most recent instalment of Call The Midwife, Lucille was thrilled to discover she was expecting Cyril’s baby. However, Cyril has been struggling to find a white-collar job which could put a strain on everything. Will the couple be forced to leave London after Cyrils goes to desperate lengths to provide for his family?

Lucille recently confided in Nurse Phyllis Crane (Linda Bassett) she thought she might be pregnant.

Nurse Crane told Lucille she would take a sample and check to see if she was expecting, and her suspicions proved right.

While Lucille was overjoyed she was pregnant, the character revealed she was worried her husband would be concerned as it was sooner than they had anticipated.

The pastor had been hoping to find a more secure job and a new home to raise a child in but their plans were railroaded.

When Lucille returned home to break the exciting news to Cyril she said: “We never do things lightly you and I. We work and we pray and we plan.

“We love and we dance and we save. We have ideas about our future, we make arrangements for our happiness. But sometimes, God makes arrangements too.”

Cyril asked: “What has he been doing now?” with Lucille taking a seat next to him.

A stunned Cyril replied: “A father? I’m going to be a father,” before breaking out into a huge smile and Lucille’s fears were squashed.

Later on, Lucille walked in on her husband circling job adverts in a newspaper as he was worried about needing more money to raise their baby.

Lucille explained she was concerned too but had high hopes they’d be able to get through everything together.

But if Cyril fails to secure a better paying job anytime soon, will he turn to a life of crime to raise money quickly?

Could the lovers find themselves having to go on the run from Poplar altogether after Cyril gets in trouble so they can start a new life with their baby?

The BBC has released stills from series 11 of Call The Midwife which show a photograph of the couple holding hands with their backs facing the camera.

Does this mean their exit on the well-loved drama has been sealed?

Cyril actor Zephryn has hinted about the challenges his character and Lucille face in series 11 to Express.co.uk and other media.

Ahead of the series airing, he said: “There are definitely, more trials and tribulations with Lucille and Cyril as they have to navigate that marriage right?

“Is it bliss? Will it always be bliss? How do they forge together and will it strengthen their relationship?

“There are a lot of social issues, so how do they adapt going forward?”

Call The Midwife continues Sunday on BBC One at 8pm.