“Camping” is not about camping at all. On the literal side of things, the fictionalized group of friends who take a long weekend in the wilderness are barely in the wilderness whatsoever. Their tents are enormous, immovable shelters built on raised wooden platforms with cute little steps leading into each entrance. These luxe living quarters come with cushy black mattress pads that would never survive repeated use by multiple renters, just like the white, mesh hammocks scattered around the grounds that are more picturesque than imperishable. And though guests complain about a lack of proper toilets, there are very real showers, so none of the beautiful people have to look too grubby while faux-roughing it.

“Camping” might be more accurately called “Glamping,” but hoo boy is there even more evidence for just how lost HBO’s adaptation of Julia Davis’ British series gets. Frankly, the REI members tuning in for an accurate depiction of their favorite getaway should’ve known better anyway. The camping part of “Camping” is only utilized as a metaphor — and barely that. In another examination of bad people being bad friends, “Girls” producers Lena Dunham and Jenni Konner’s new cringe comedy tries to contrast the inner turmoil of its oblivious city-folk subjects with their displacement from polite society, but none of their exposed anxieties (some justified, some not) provide enough insight or amusement for comfortable viewers at home. Not only is “Camping” off track through four episodes, but it doesn’t seem to know where it wants to go.

Part of the problem (as any experienced camper would know) is a wayward leader, Kathryn Siddell-Bauers. Played with aptly blind enthusiasm by Jennifer Garner, Kathryn has organized a getaway for her husband’s birthday. Though the trip does seem to be one of the things Walt (David Tennant) wants, it’s the only need Kathryn attends to for her lapdog hubby. Bossing him around is barely a second thought, as she’s too busy stressing over her chronic pain — well, the chronic pain she fears will someday return. After many, many surgeries, Kathryn feels the need to keep everything and everyone safe in case crisis — any crisis — strikes again. 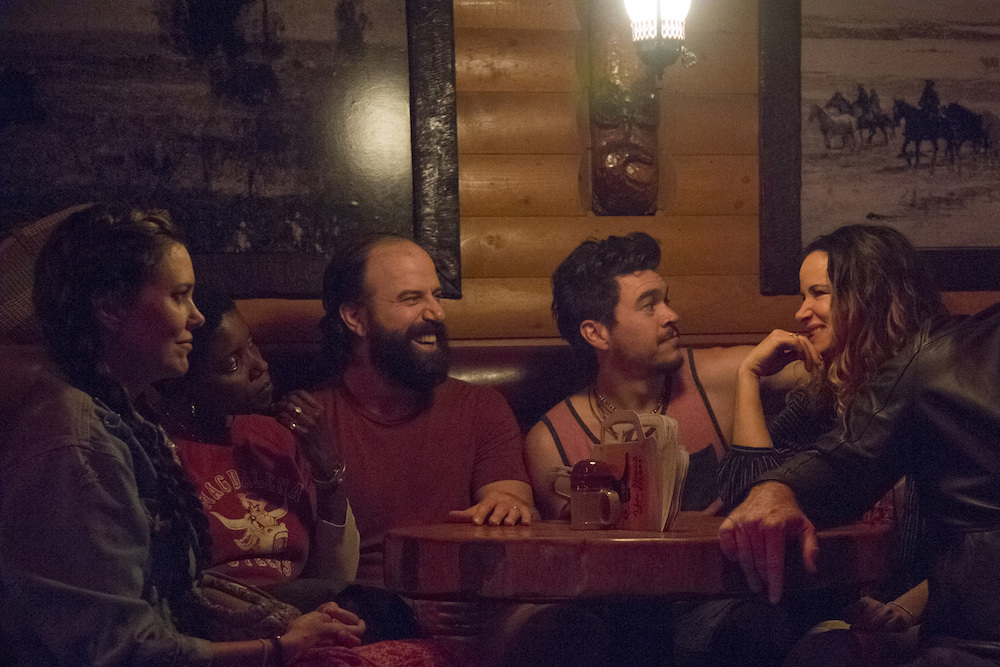 When her sister, Carleen (Ione Skye), says she and her husband Joe (Chris Sullivan) couldn’t find a sitter for their daughter, Kathryn tells them to drive back to Arizona because the invitation clearly states “no kids.” When her son (who’s allowed to be there because he’s the birthday boy’s son) gets knocked over in a tag football game, she rushes him to the hospital. When people want to go for a swim on a hot day, she yells in protest, “Today’s not swimming day!”

As you can imagine, this can be exhausting for her “friends,” but it’s also exhausting for the audience. Her character’s narrative purpose is to drive conflict — she literally makes people mad enough to fight, and she’s also a terrible secret keeper — but Kathryn doesn’t connect, rationally or emotionally. Her pain and surgeries are brought up ad nauseam, but the very first scene shows her hopping up and down for a good Instagram photo. As suggested later, this could be an indication she’s more damaged mentally than physically, but what’s dredged up from her past doesn’t seem like enough to motivate who she’s become today. There’s not a strong through-line from a hysterectomy to becoming a controlling, hateful person; it’s more likely she was always an intense type-A personality whose suffering put her over the deep end. 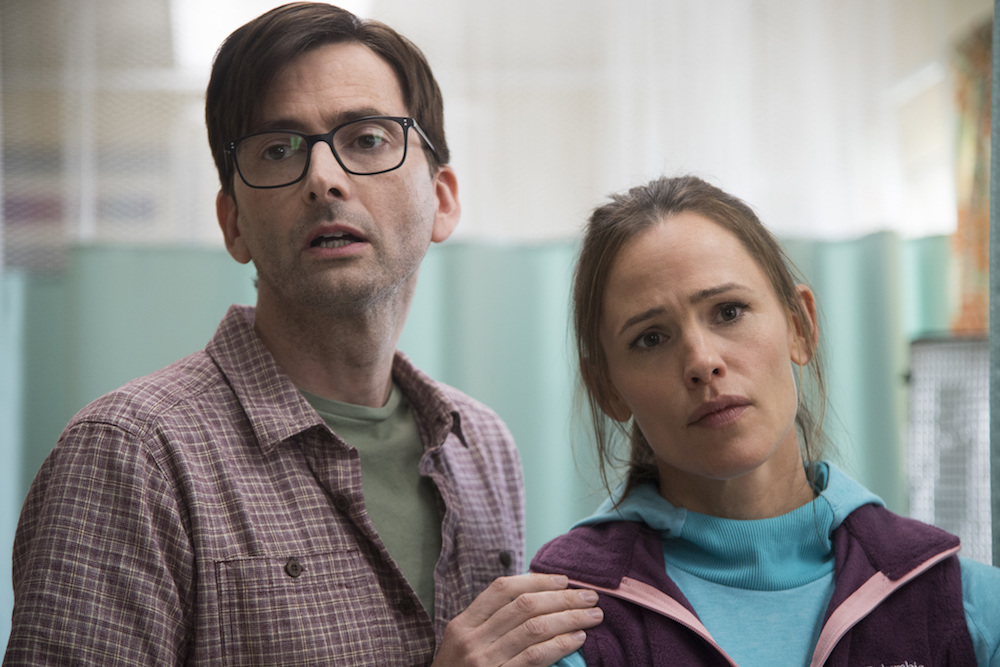 Why the audience should invest in her journey, or learn anything from it, is unclear, even if why her friends stick around is simple enough. Most of the people are there for Walt. Miguel (Arturo Del Puerto) and George (Brett Gelman) are his old college buddies, while Nina-Joy (Janicza Bravo) married into the friendship. “Camping” is certainly an ensemble-driven comedy, and the supporting cast is easier to get behind, but that’s like saying it’s easier to build a fire with a piece of glass than two rocks. Both will test your patience, and they don’t work well together. Miguel, who’s newly separated, is an overly simplified man in crisis. George is a hothead. Nina-Joy is defined by being undefined (she just reacts to people), and Walt is nearly too shy to empathize with. They’re all living in denial about something, and only occasionally is blindness exposed to any useful effect.

Halfway through the season, “Camping” feels like it’s just waiting for all the false niceties to be stripped away by the elements, and if the writers knew how to utilize the conditions to exacerbate these deteriorating friendships, maybe the brimming brouhaha would be worth sticking around to watch. Living outside for any extended period can be irritating and exhilarating, sometimes both at once, but the series only recreates one of those aspects. (Though, to be fair, Juliette Lewis is quite something, and Chris Sullivan’s turn as the anti-Toby is a sight “This Is Us” fans should savor.) Overall, you don’t get the sense anyone wants to be here, and as any camper knows, the great outdoors is what you make of it.