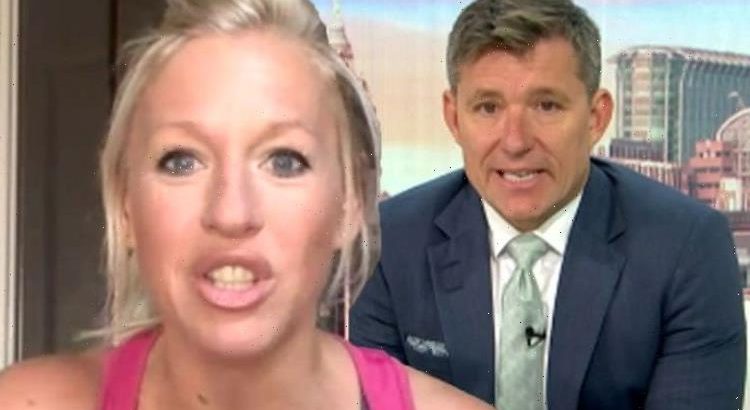 Gail joined Ben Shephard and Kate Garraway on Good Morning Britain to discuss the Marylebone Cricket Club’s (MCC) decision to replace the word “batsman” with a gender neutral alternative. Gail was adamant the decision was not a good idea and women should be celebrated for their success’ in sport rather than being grouped together with men. She claimed the sport was “going backwards” if they try to neutralise the sport.

“So girls have to have their own sort of style, their own team. Yes, gender neutral language in business because you’re effectively doing the same job, it doesn’t matter necessarily whether you’re a boy or a girl.

“But in sport it does matter. Girls, I am really proud that women’s sport has come such a long way and we should be supporting sportswomen and using the term women and also protecting girls sport as well.

“Be proud if you’re a girl playing cricket and being called a batsman.

“Women’s cricket has done amazing this summer. It has showcased just how absolutely wonderful the game is.

“The Hundred has been a huge success.”

She continued: “We have gone backwards!” referring the ban on the use of “batsman”.

“It’s a very easy step to take, gender equality in sport is going to take a very long time but gender neutrality in language is a simple, easy and I don’t understand why anyone should be so offended by it if it’s a step that’s going to make just one girl, one woman feel included,” she stated.

“Why would you get so upset about this change?”

Ben asked: “Isabelle, when you were playing did it used to sort of rankle with you that you were called a batsman or in any situation?”

“No, no. I would happily say that I changed my mind on this matter to when I was playing,” she replied.

“I was a batsman and I was the only girl in the team. I wanted to prove myself. I was at an age when all my heroes and role models were firmly male.

The debate certainly sparked a reaction online with many taking to Twitter to share their thoughts on the change from “batsman” to “batter”.

Darren posted on Twitter: “Nonsense, we need to wake up and stop worrying about pointless sh*t like this while countries who used to be competing with us leave us behind.”

“There are plenty of female cricket teams and players now,” JayMoo posted. “Calling them ‘batsmen’ is silly. But, to say or imply the term is ‘offensive’ – also silly.”

Barry Nevin asked: “What next “equal leg” instead of “short leg” and what about “square leg” that is obviously giving squares an unfair advantage in the world of shapes how is triangle or rhombus going to a fair deal!”

Matt Senior continued: “Being offended on the behalf of others can just stop.

“If women cricketers decide they have a problem with commentary language then i hope they would say something and be listened to. Not interested until that point.”

Peter Messham added: “Wokeness going to far. why not just you bats-man in male games and bats-woman for ladies games or when a joint/mixed game bats-person. Although this sounds wrong.”