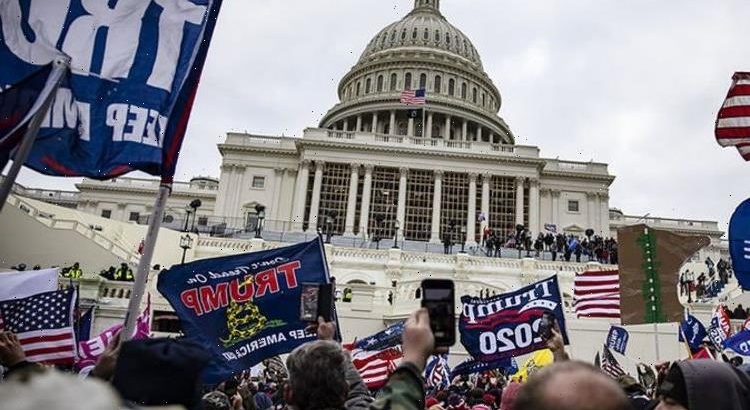 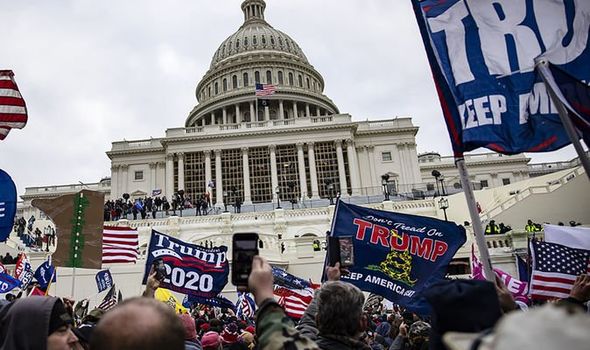 In a disturbing new documentary for the BBC, Four Hours At The Capitol, staff working for Democratic Speaker of the House Nancy Pelosi told how they hid in a locked room opposite her office, fearing the worst, while listening to the marauding protesters in the corridor. “We turned off the light and just held our breaths,” said staffer Leah Han. “We knew they were there, that’s the scary part.

“And then they started banging on our door. They didn’t get in. I still don’t know how they didn’t. Maybe they thought it wasn’t worth trying to open because it looks like nothing back there.”

An estimated 15,000 protesters laid siege to the Capitol building which was only protected initially by 40 to 50 officers.

For the first time, new interviews reveal the sequence of events and the desperate steps taken to prevent even more disastrous consequences on the day.

Footage filmed by protesters and rioters themselves is also seen for the first time.

Trump supporters had congregated in Washington on January 6 for a rally, but before his speech had finished, one radical group called The Proud Boys led a charge on the building.

Eddie Block, from the Proud Boys, who filmed the siege, told the documentary: “They felt the election was stolen and their vote taken away from them.

“They felt this was their only way to get their voices heard.

Asked how to join the Proud Boys he replied: “You have to be a man, believe in God, and that the American way of life is the best way of life.”

Distressed congressmen and senators were trapped in the building for most of the riot.

Eric Swalwell, a Democrat congressman, told the film. “My fear was that they would hold the Capitol and that President Trump would declare Martial Law and say that we had ‘lost Pelosi the riot order’, and you wouldn’t see the certification [of the election result] ever take place, and he would just stay in power.”

The film shows the graphic moment when one rioter, Ashli Babbitt, 36, was shot dead by an officer when she breached the Speaker’s Lobby.

Another three rioters later died from their injuries, while one police officer was killed on the day.